Being sick is no fun… 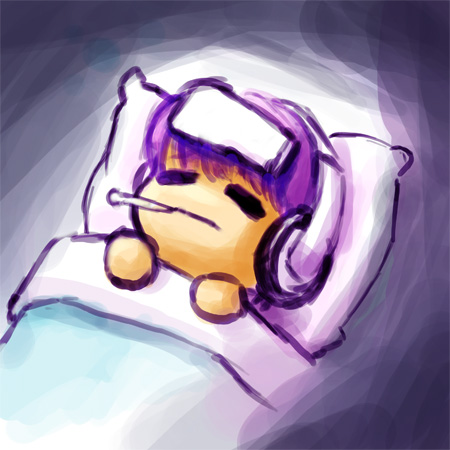 OMG, I can’t believe I’ve been sick for more than a week… and I’m still sick! Still interesting how even while I’m sick, games are still part of my life.

It all started with a simple sore throat on Sunday, that evolved into a full on hack-fest the following day. It worsened on Tuesday as I turned into a snot-erpillar. I was pretty much on the couch the whole time.

I shouldn’t have “taken advantage” of my sick time off to play Uncharted. At the end of it, I was hacking worse than a 12 year-old script-kiddie. At least I finished it. Probably wasn’t worth the fever that night though…

On Wednesday and Thursday, I found myself playing the most unlikely games. Since intense action games required lots of focus and energy which I didn’t have, I decided to take it easy and basically “read a book”.

While graphically, neither of them are very impressive, the story and small amount of problem solving kept me entertained while I was chained to my couch.

Actually, now that I think about it, the art style for Unsolved Crimes reminds me of an old Super Nintendo game that I played heavily while I was sick 15 years ago – Vegas Stakes.

If you’re ever given the opportunity (like if you get sick) play these games. It’s better than lying in bed, and feeling sick, with nothing to do.

After four days off, I’m back at work, ready to spread my germs around the office. Good thing other people at work had already been getting sick, so they couldn’t all just blame me when I returned.

I create stuff in my mind, and try to barf it out onto tangible mediums such as Photoshop, and video game art. Sometimes, I get paid to do it because I'm a freelance artist working in the video games industry. Getting paid to do what I love (video games, and art) is my dream come true!
Who’s this?
Queen’s Gate Alice Arrives.