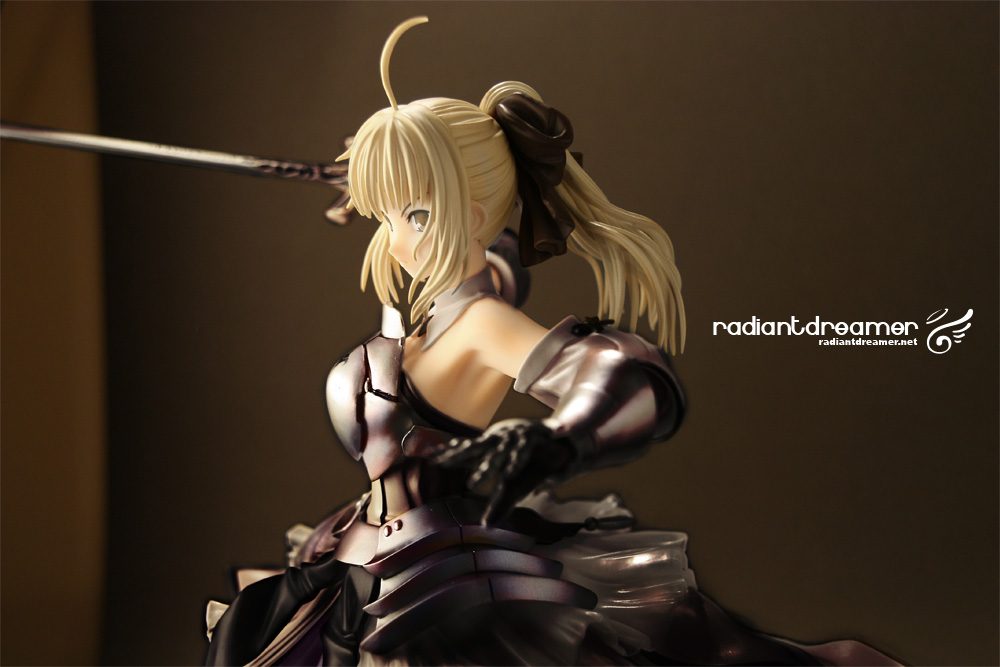 A bit of a lazy post today, so I’ve cut straight to the chase. 🙂

I was inspired after seeing this post of someone’s Saber Lily mod. Since I have zero skill in painting my own figures (well, that’s not true, but it might as well be), and I most certainly wouldn’t want to risk taking apart my Saber Lily for this, I decided the next best thing would be to make a photoshop version. I got lazy this time, and ended up using one of the shots previously posted in the Omake, but I probably would have gotten a similar result had I done a re-shoot anyway.

I create stuff in my mind, and try to barf it out onto tangible mediums such as Photoshop, and video game art. Sometimes, I get paid to do it because I'm a freelance artist working in the video games industry. Getting paid to do what I love (video games, and art) is my dream come true!
Christmas Miku! Happy Holidays from Radiantdreamer!
100th Post! (and 108,600 hits)