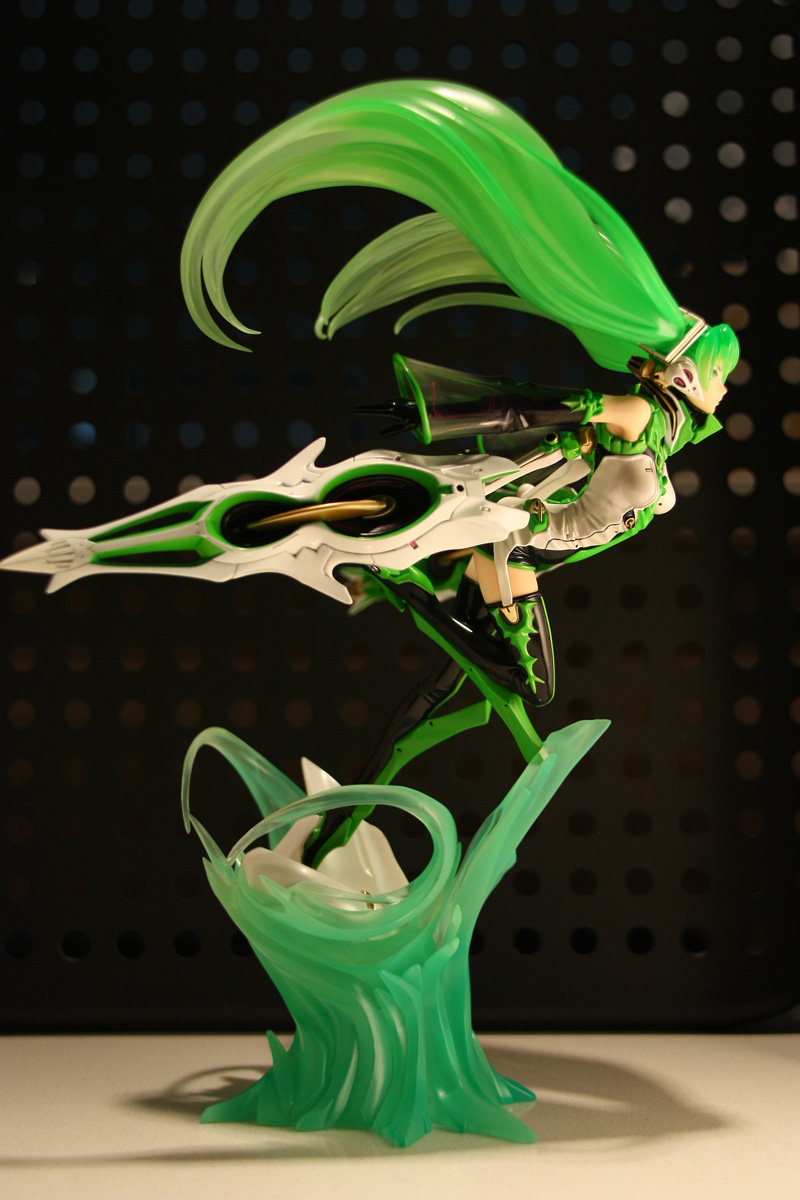 This figure is for sale. I’m selling her for $120 (plus shipping if you’re not locally in Vancouver). I’m selling her not because I don’t like her, but because I simply don’t have the room. She’s HUGE, (and would be a fine addition to anyone else’s collection.

The one thing I noticed about VN02 Mix that Kodomut was also able to pick out – She looks best from the side. 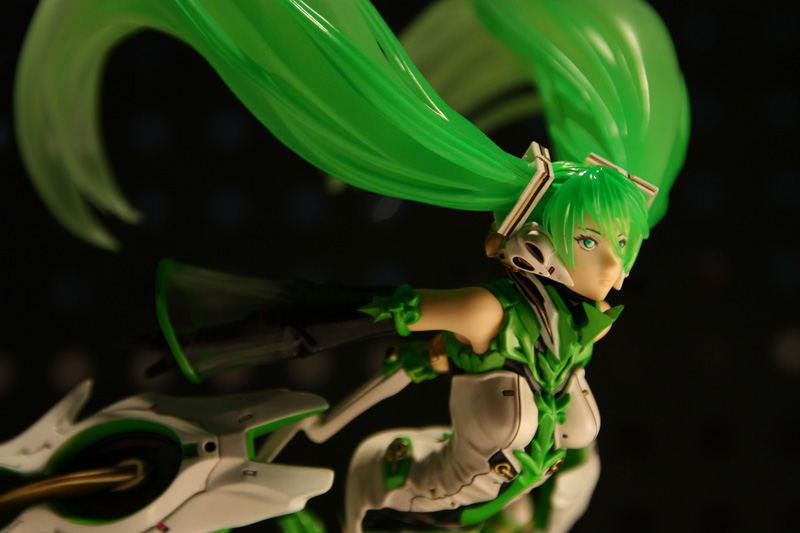 Some people have complained that she looks a little stupid from the front, because of her eyes. I agree with that. But this isn’t a figure that you place facing perpendicular to you. She’s definitely meant to be placed either parallel, or slightly off angle from it.

The details of this figure are astounding. 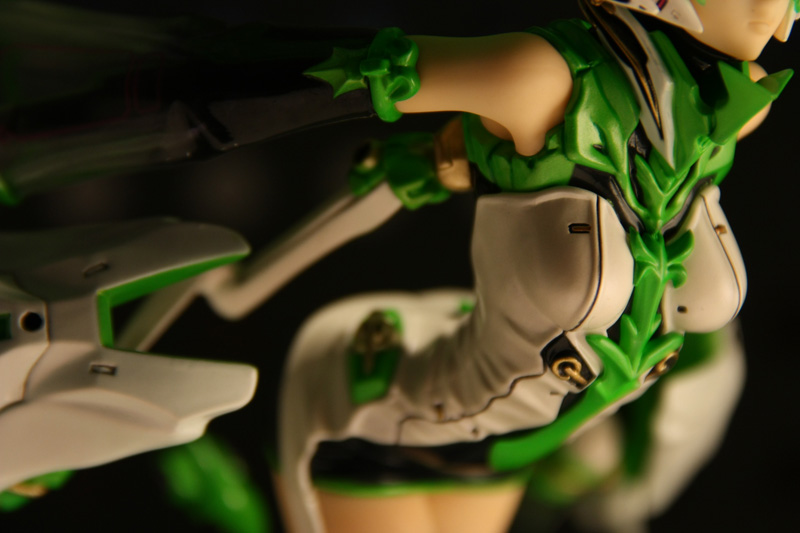 I’d have to say that she’s like a blended mix between an Evangelion costume and a Gundam.

With the exception of the twin tails, she looks nothing like Miku. Some would say “yeah it’s like a re-imagining”, but I’d say that the creator wanted to cash in and ride the Miku bandwagon. 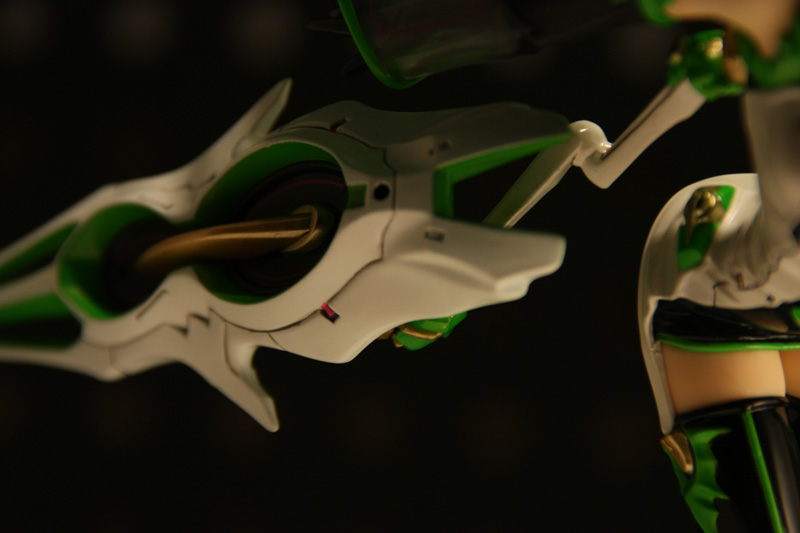 Those wing-like things are noms, that’s for sure. 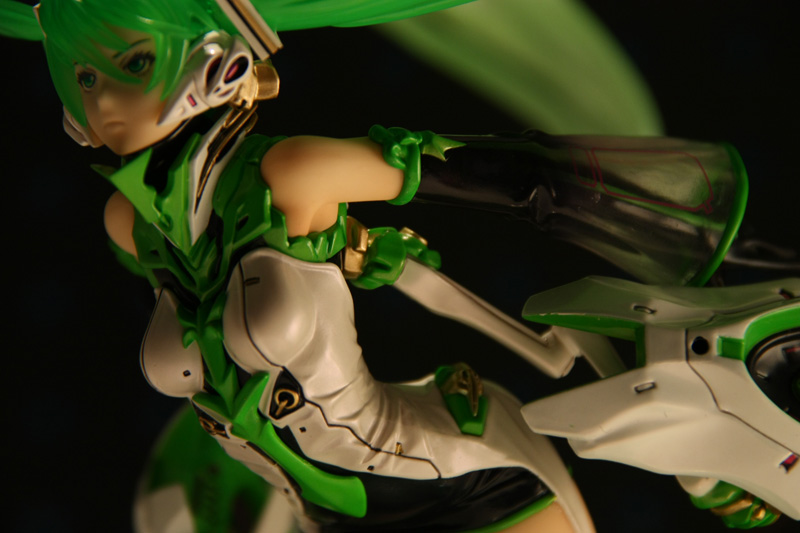 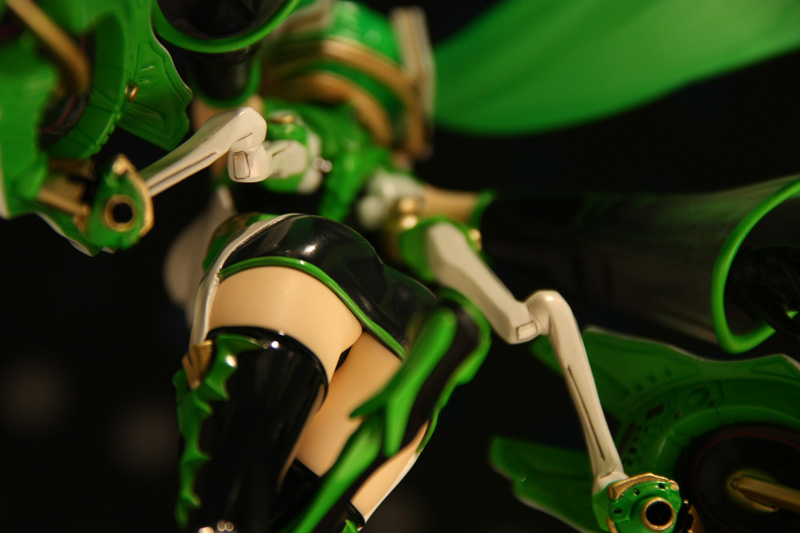 I actually do like how her skirt covers most of her butt. It’s a bit unrealistic, since it’s totally conforming to the contours of her butt, but it’s nice. It’s not super revealing, but enough is hinted that the imagination is far better. 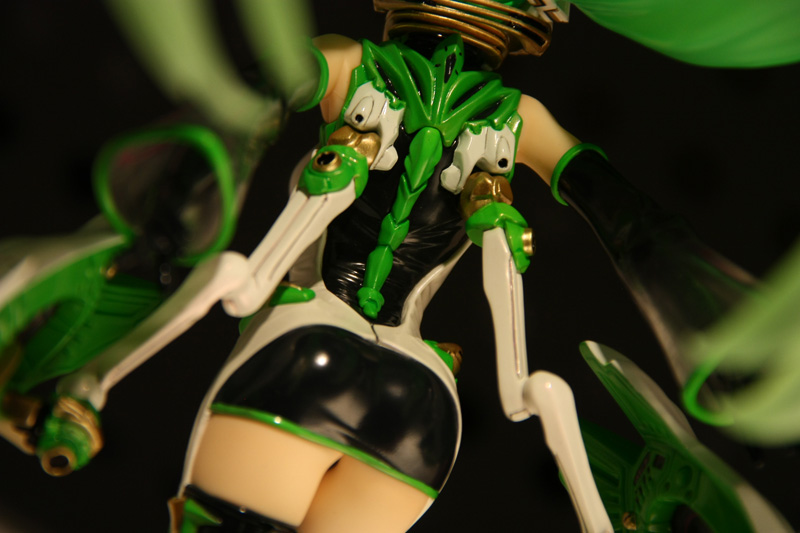 The detailing on the back is very nice, and rarely shown. This is where the wing things connect. 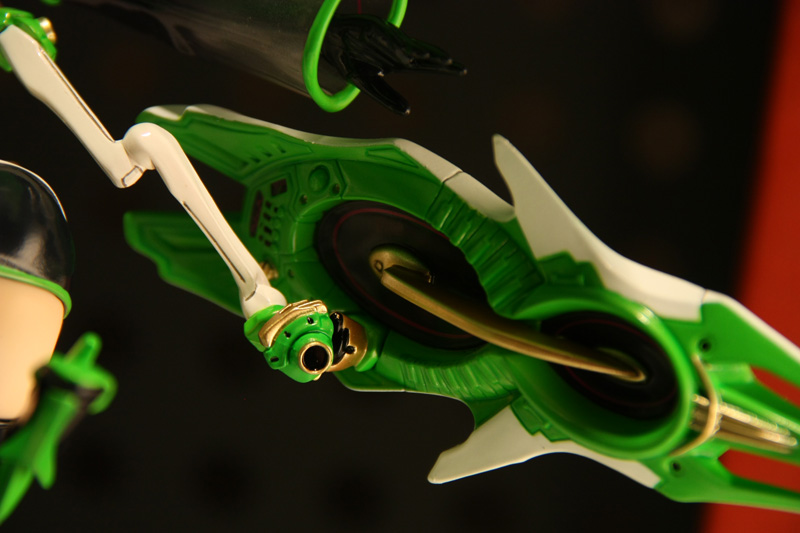 Even the inside of the wing things have incredible detail. WTF!! Now I’m thinking Halo or something. 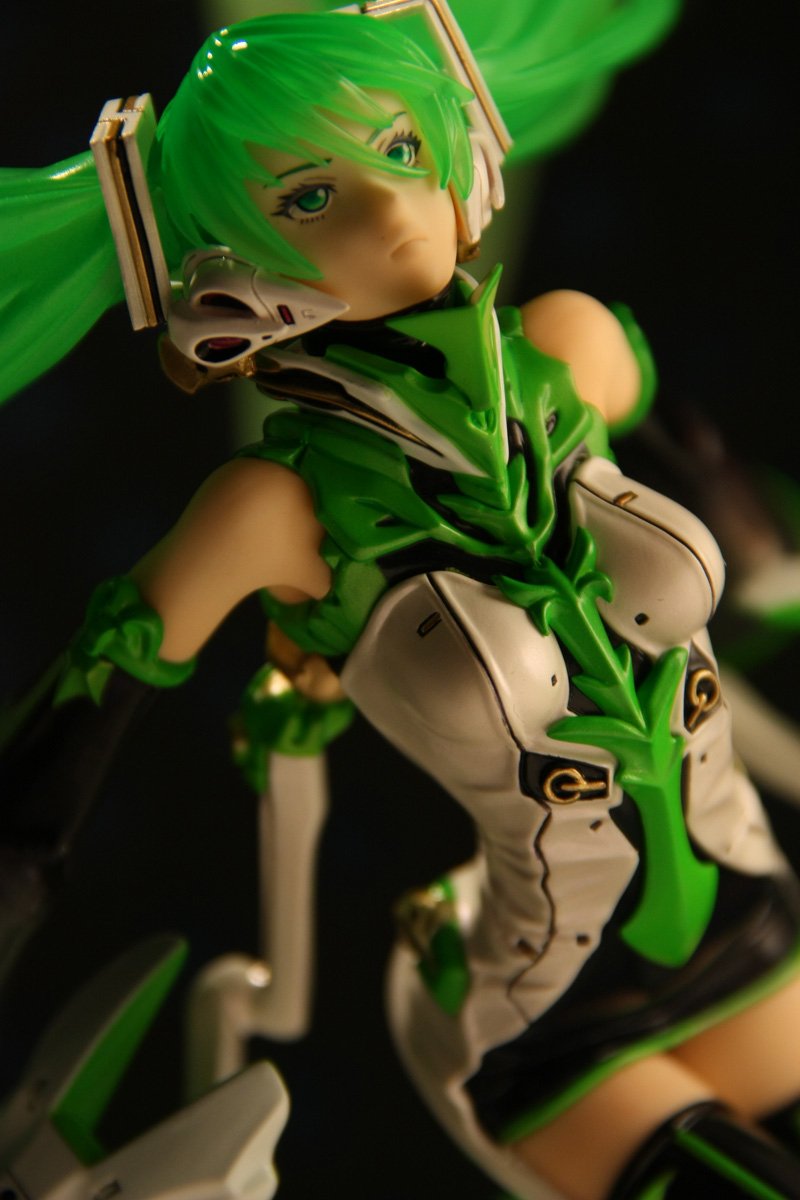 Actually, her face doesn’t look that bad, especially from this angle here. 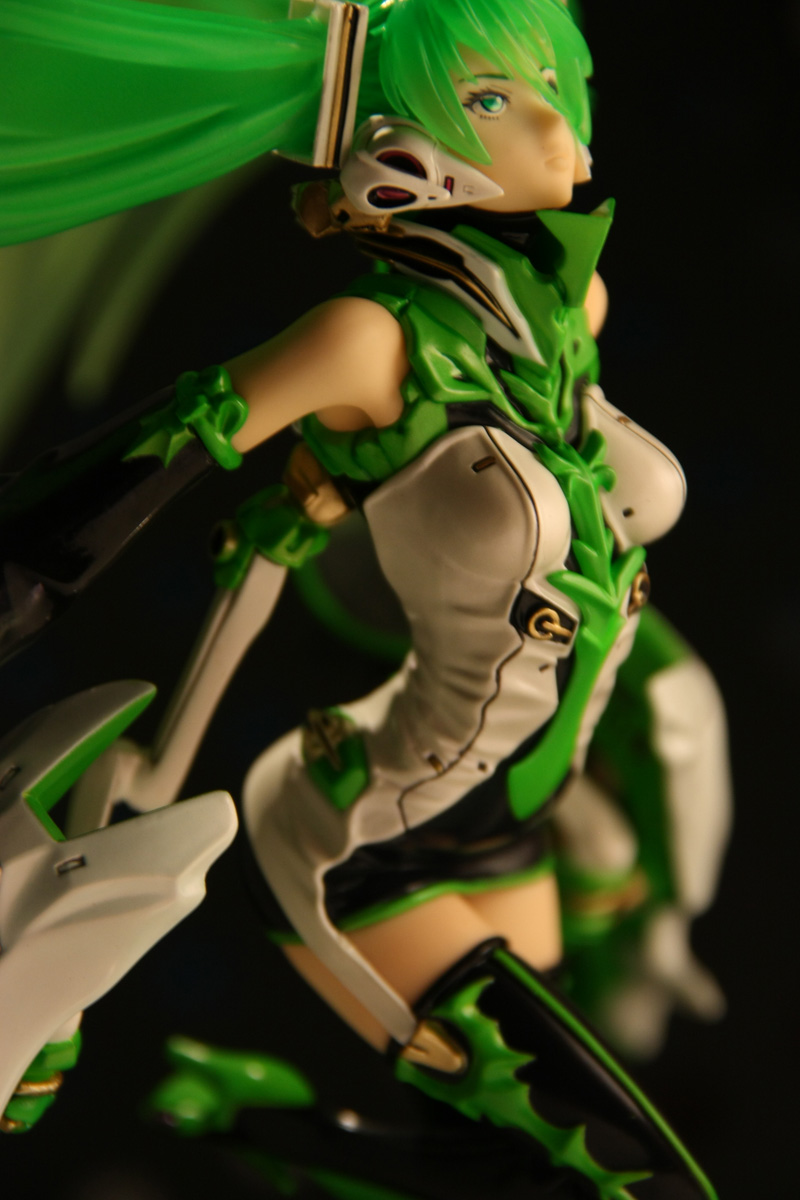 Someone asked for a photoshop last week, so here it is! 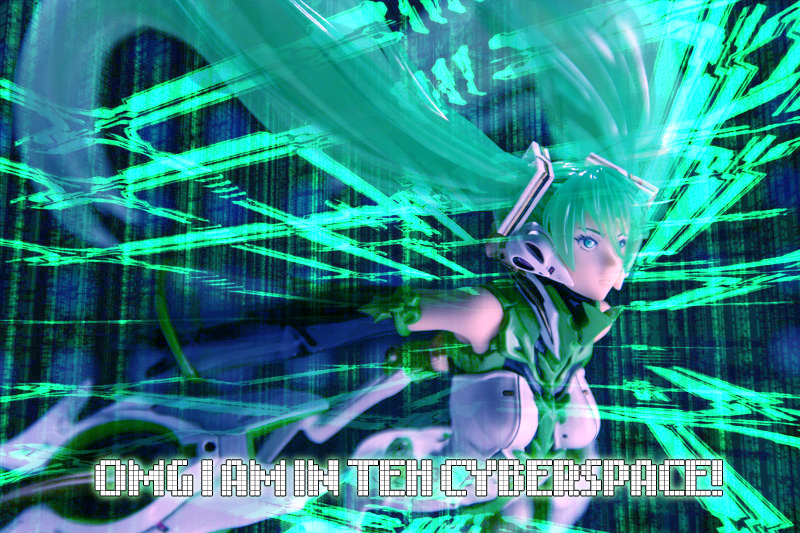 I create stuff in my mind, and try to barf it out onto tangible mediums such as Photoshop, and video game art. Sometimes, I get paid to do it because I'm a freelance artist working in the video games industry. Getting paid to do what I love (video games, and art) is my dream come true!
Rei Ayanami by Kotobukiya 1:6 Scale – It’s Really Starting To Hurt
Death Sensei by Alter 1:8 Scale – I Didn’t Care Enough