I Create a Mascot for Mukyaa!!

The past couple of weeks, I’ve been working with Mukyaa blog author, and good friend lu-k in designing his ideal dream girl mascot.

lu-k has always wanted a mascot for his blog, and at the early points during his blog, featured Nodame Cantabille’s Nodame, as well as the mongoose. If you’ve seen the series, you’ll know why his blog is called “mukyaa”.

His initial ideas were either having a mongoose, or an anime girl. But it wasn’t very well developed beyond that.

I asked lu-k some important questions to help him find clarity in what sort of mascot he wanted to have:

I won’t go into details here on why I asked these questions (maybe next time). Just know that they’re important in the process of figuring out a mascot.

I worked with lu-k in guiding him to a visual idea, through brainstorming, elimination of unusual or “ideas that don’t match”, and complementing ideas that worked well together.

lu-k gave the questions a lot of serious thought, I think. Because the result that came out was clear and concise. At that point, he knew exactly what he wanted his mascot to look like.

The result is the birth of the beautiful Nahia, and her little mongoose sidekick Txiki: 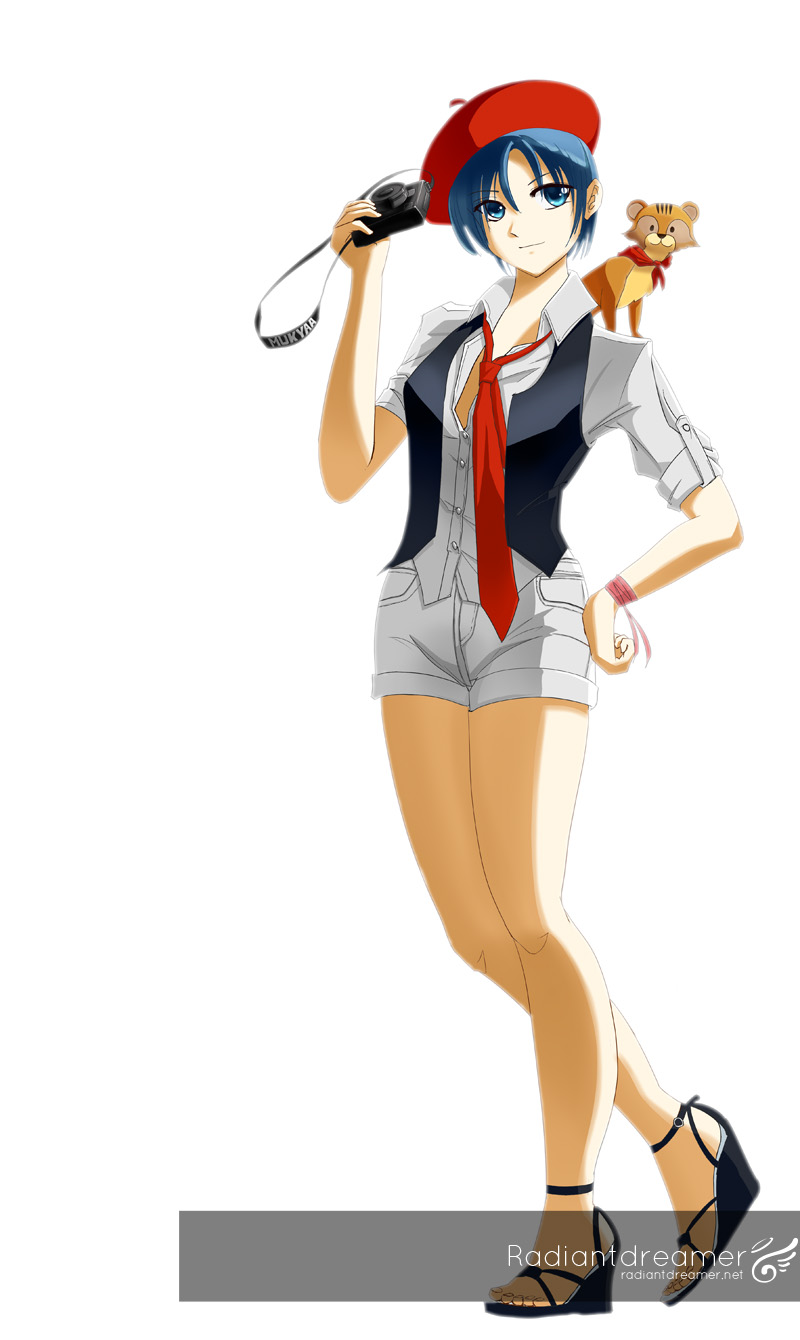 I really enjoyed working with lu-k on this mascot. We talked and planned a lot before settling on the design and were on the same page. The design was also very fun to create. I really like the french beret, and fashion choices that lu-k made. He invested some serious thought into the whole thing! Obviously, I had a lot of responsibility on my hands! I’m really glad that it worked out. Check out his blog entry to find out more about Nahia and Txiki!

This is actually my third attempt at using Sai. The second attempt was finished but wasn’t posted yet (been a little busy with some other things). I’ll post that soon though. I still need to pick some music for it, as well as other post-recording processes.

I’d have to say, I’m getting used to using Sai. You can see in the video after the line art was complete, that I switched over to Photoshop for coloring and quickly switched back to Sai. Actually, my computer had just crashed at that point, so fortunately, none of the art was lost. But I had to do some tricks to recover the video footage from the crash. 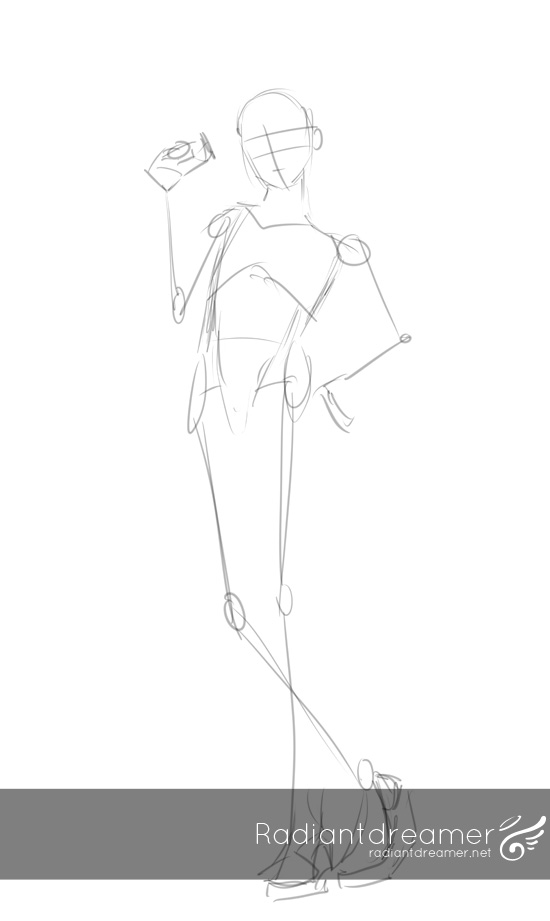 Initial frame pose of Nahia. Very rough and quick guidelines to show where everything is, and initial height proportions.

I decided “Why not just stick with Sai, and keep learning?” strange how something as deadly as a computer crash turned into an opportunity… reminds me of when I started my iPhone company! 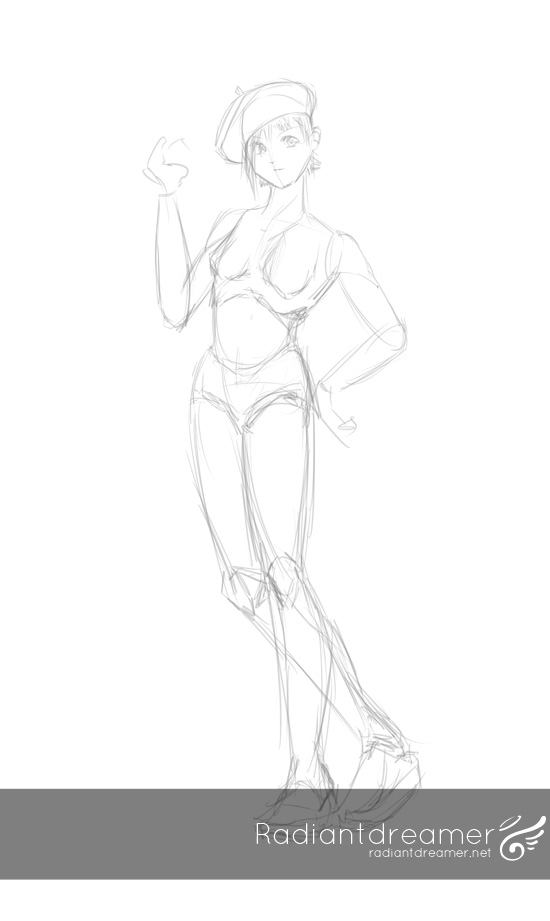 Basic volume is added to show muscle groups and proportion.

Fortunately, the result paid off. I’m still figuring out the paint functions of Sai, but I’m glad I was able to output something close to the same level as what I usually do in Photoshop. At this point now, it’s no longer the software that is impeding me, but my own limitations. Must continue to improve!! 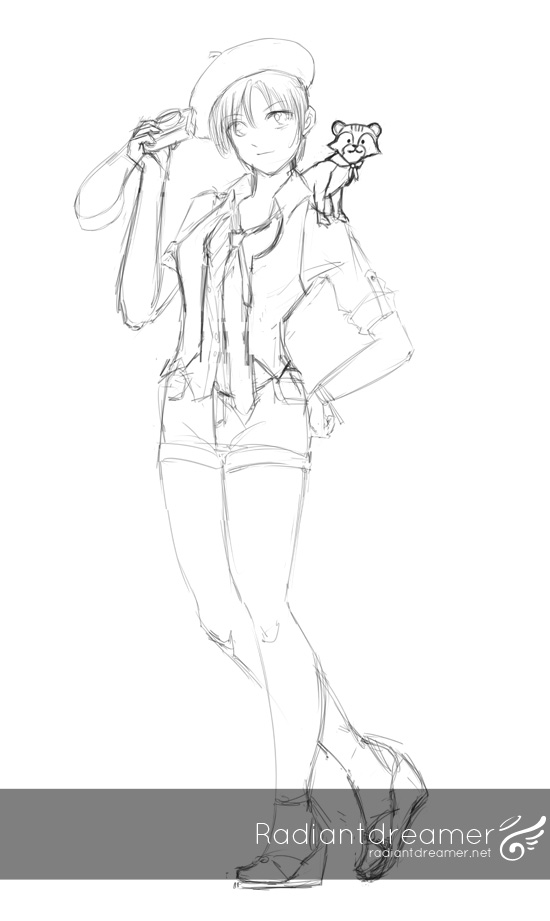 I seem to be accumulating a whole bunch of “mascot facts”. I might decide to write a blog post on it in the near future…

I create stuff in my mind, and try to barf it out onto tangible mediums such as Photoshop, and video game art. Sometimes, I get paid to do it because I'm a freelance artist working in the video games industry. Getting paid to do what I love (video games, and art) is my dream come true!
Why Do You Buy [????]
Bakemonogatari & animeshumi Contest Results Are In!