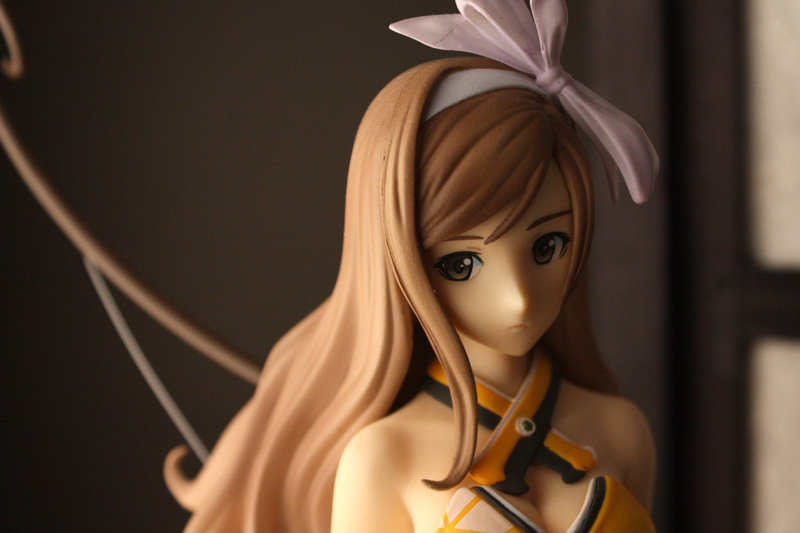 Happy New Year everyone! I originally had a great idea for a New Year’s photo, but didn’t have time to set it up and photoshop it. My wife was generous enough to buy me an entry level dSLR camera for Christmas this year, a Sony a300k.

…which I happily returned for a Canon 450D (Rebel XSi). Long story on that, but don’t worry, it was NOT a heartless decision. So while the first photo I took with it was that of my wife for obvious reasons (it turned out terrible because I didn’t know how to use the thing), the first photo post of the year is of Kureha with my new camera.

Overall, I’m in love with what a difference dSLRs make. They’re able to capture light so much better, and with greater depth of field. I took the same shot with my previous camera, the Panasonic FX-9, and honestly, I can’t go back anymore.

Messing with the settings are quite time consuming, but with the Canon’s Live View mode, it’s a lot easier to do properly exposed photos than with previous dSLRs! Being a first-time dSLR user, this makes learning a lot easier too. The only problem with Live View is AF doesn’t work, so I use Live View to adjust my aperture and shutter speed, and go back into viewfinder mode to do auto focus. This particular picture I’ve posted however, is done using manual focus, which Live View supports.

I’m still struggling with the camera, as for some reason it doesn’t take nearly as sharp an image as my FX-9. With the FX-9, I can see the dots in Kureha’s eyes exceptionally clearly, while the 450D doesn’t do nearly as good. 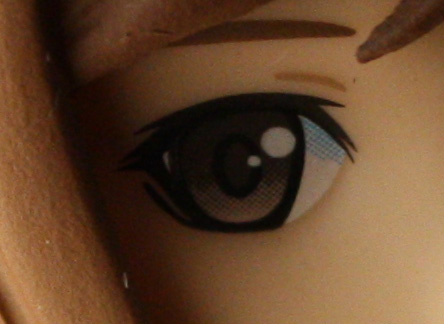 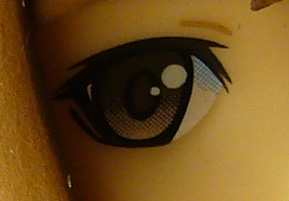 Here’s a cropped view of the camera that I’ve been using for all my images up until now, the Panasonic FX-9 in Macro mode. The ISO is not nearly as good, with a maximum of only 400, and this camera decided a 1/60 shutter speed. I can’t control it. I’m either doing something wrong, or the lens just isn’t capable of outputting a clear enough image.

Forum posters on neogaf suggest that it could be the kit lens, and not the camera itself. I’m inclined to agree since I really know nothing about dSLRs. Some also pointed out that the FX-9 could be processing the image.

Overall, great camera, so expect many better quality images in the future!

I create stuff in my mind, and try to barf it out onto tangible mediums such as Photoshop, and video game art. Sometimes, I get paid to do it because I'm a freelance artist working in the video games industry. Getting paid to do what I love (video games, and art) is my dream come true!
Hyudorana Amis Resin
Happy Holidays from Radiant Dreamer!