I’ve noticed that the amount of time I usually take to create a given anime drawing is about 6 hours. To me, that seems like an incredibly long time. I think that I can do much better than that, but it seems to be something you have to deliberately practice on. So a couple weeks ago, I decided to see if I can do a piece just before going to bed, which gave me all of half an hour, I suppose.

One thing I’ve discovered is that by batching my activities, I end up taking less time to do it. One terrible habit I have is checking my email 10 times a day. This is highly counter-productive. Not only are you interrupting whatever it is you’re doing because of curiosity, you’re also using time to respond to emails and such and getting side tracked.

I’ve been trying to check email only once or twice a day now. Doing my first check at around 11am. It’s been tough. I’ve been suffering withdrawal and paranoia that something important is in my inbox. But I’ve read that deliberately not checking email first thing in the morning alone will change your life for the better. I’m a firm believer of that, so I must persist!

Another technique I learned is to compress time. Basically, give yourself a near impossible deadline time-crunch, and you’ll be amazed at how quickly you’ll can accomplish the same task in half to a quarter of the time. Sure, it may not look as good, but it will do just fine for most intents and purposes. I decided to experiment with that in the following youtube video:

You’ll notice the real time tracker on the bottom left. 1.5hrs total. (took a bit of learning to set that up) The line quality is a bit hokey, but the idea comes across. Spend another 30 mins on extraneous details, and it would look polished and as good as the pros. All in all, the work would still be done in half my usual time. If I practice on my line work, I’ll be as good as I currently am, but doing it in half the time.

One of the reasons I’ve decided to do this is because the more drawings I do, the more practice I get. The more I practice, the better I get. Working at 6hrs a piece is too time consuming, doesn’t give me enough practice, is discouraging/overwhelming, and leaves me very little free time to do other things like blog or play video games. 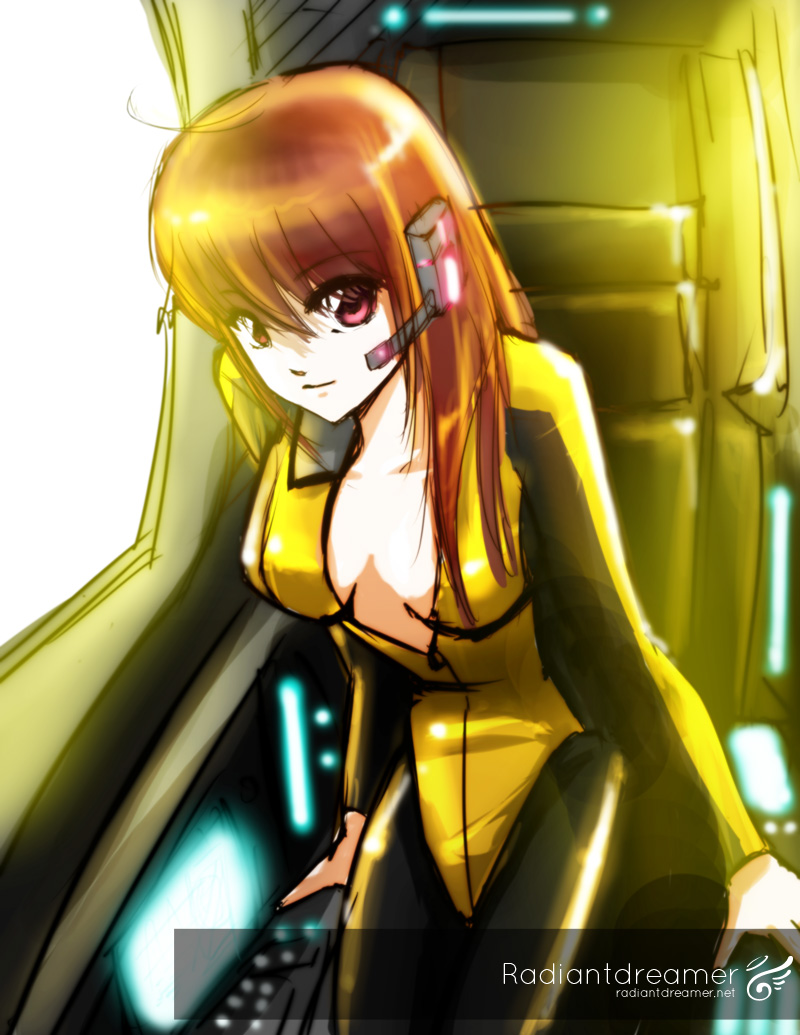 In addition, I’m terrible at keeping track of time, as well as remembering what tasks I have to do. I actually have an alarm set on my iPhone for every little thing, from when to eat breakfast to when to exercise. It may seem extreme, but sometimes, I get so incredibly focused on the task at hand, that I simply don’t look at the clock.

What’s worse is that the alarms have become somewhat ineffective. As soon as it rings, I dismiss it, and carry on. Hours pass, and it’s suddenly too late to do the important things that sustain my life.

To combat this slightly, I created a schedule for myself. At the time of this writing, I should actually be playing video games, and already be done with blogging. I need a better system.

So moving on… yesterday was another great day. It was somewhat foggy in the morning, and sunshine in the afternoon. I decided that the last outing I did up the mountain didn’t capture what I wanted. I wanted to see some nice fog. I took yesterday’s cue, and went up again. This time the fruits of the trip were well worth it.

The scenery was serene, and quiet. I could see the city far off in the distance, shrouded by mist. On the other side, closer to the river, a lazy fog blanketed the horizon. I felt like I was above the clouds. I took some opportune bracketed shots for HDRI. Decided to do just one for now: 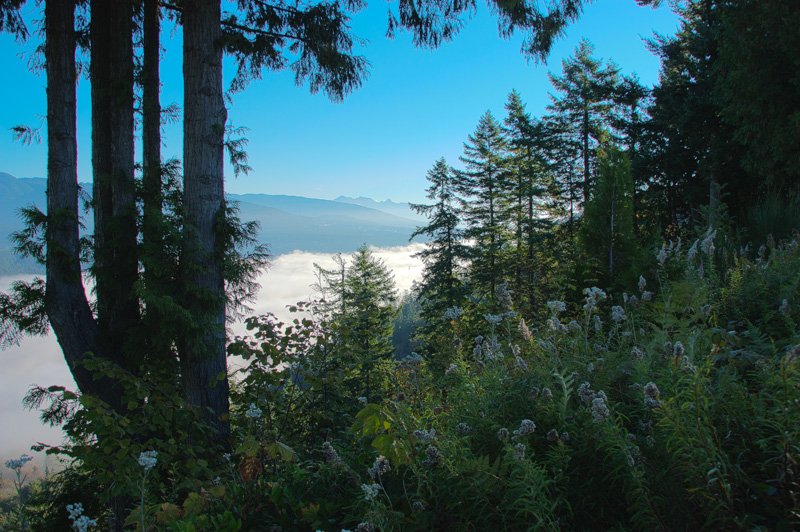 I’ve learned quite a bit about HDRI in the last couple of weeks, and while this image isn’t what I’d consider perfect, it’s a good first-attempt. You can see the terrible banding around the high-contrast edges. But this is a fairly close representation of what I saw that day.

Admittedly, I only had three exposures to work with. 5 would have been better, but I’m not sure how to set that on my Rebel XSI. Not even sure if it’s possible to do a 5-exposure bracketing. The damn thing locks for a few seconds on 2 shots. I guess it’s just not fast enough? 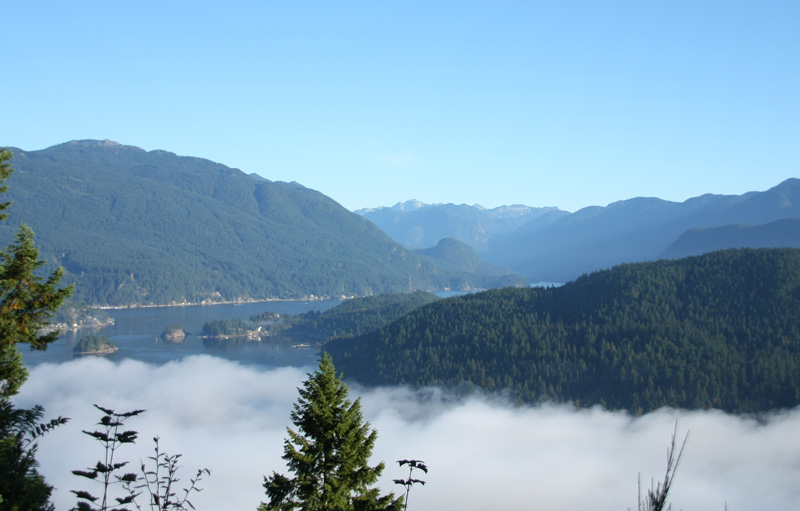 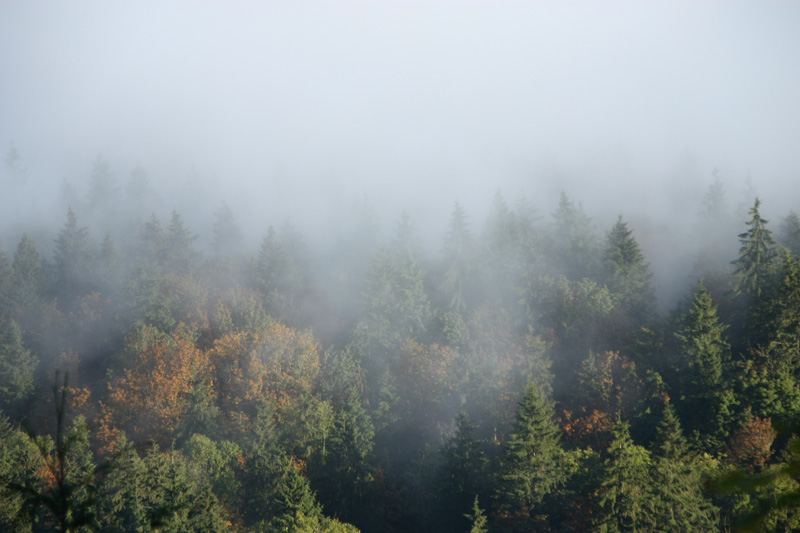 I kept saying “wow” the whole time. Not double-rainbow caliber of excitement, but it was indeed breathtaking. The second shot is from probably several hundred meters (I suck at measurements as well as time management) above, zoomed in.

My Gordon Ramsay toaster oven has proven to be rather… interesting. 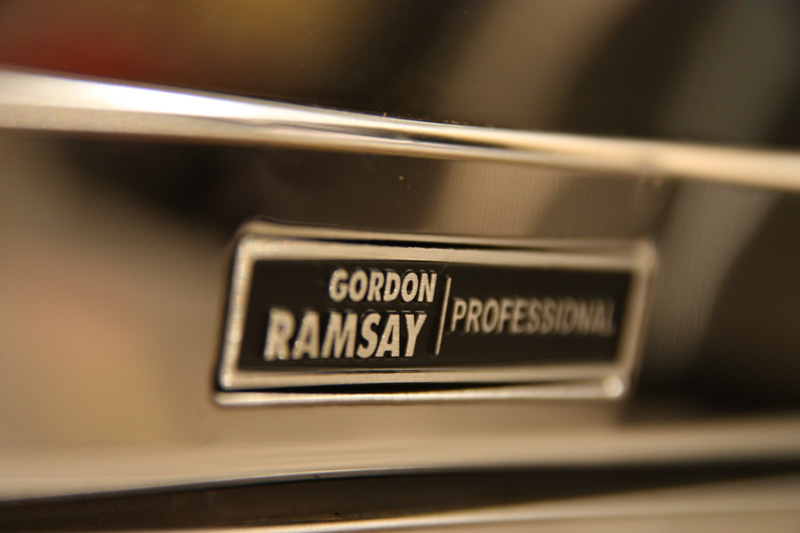 It looks really nice, that’s for sure. But it’s been having problems. Before putting it to use, I washed the broil pan and tray with nothing but water, and let it dry naturally. When it was dry, I noticed that there were blotches of rust marks everywhere! I called customer service, but could only leave a message. I emailed them, and also no response. 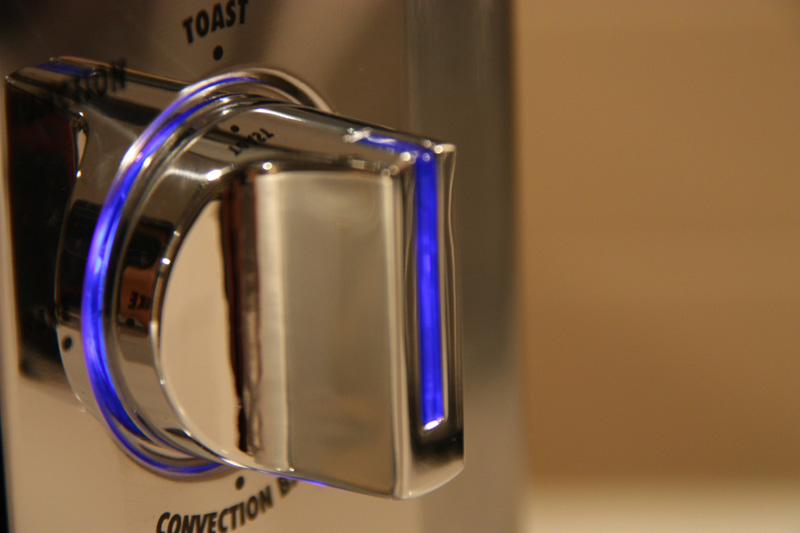 Oh but the thing is damn sexy though. Just look at it light up! And this makes me believe that Gordon Ramsay is a hack. This toaster would reflect on who he really is – super sexy and glamorous on the outside, and just plain terrible on the inside. 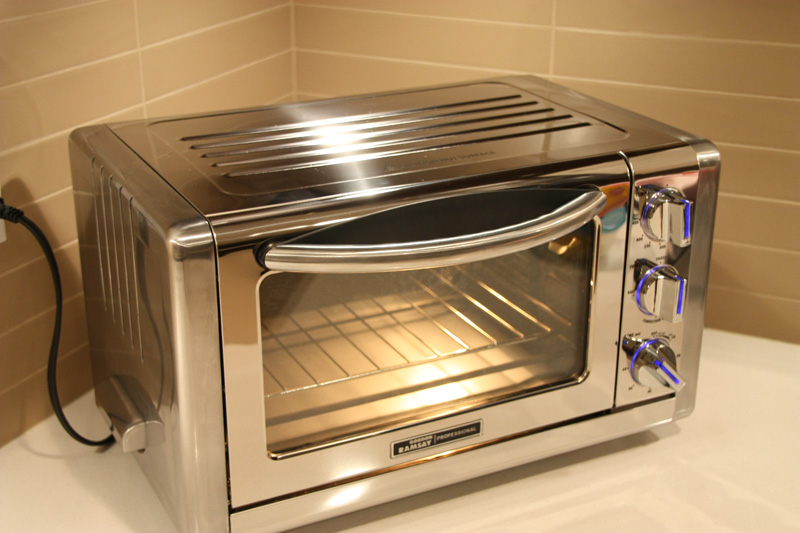 The second issue I have with it is the timer sucks. It’s impossible to get an accurate toast reading because the range between Light and Burnt is about 4 degrees turn. And the thing doesn’t activate until you turn it past Burnt. Needless to say, my toast came out burnt.

If Gordon Ramsay really does use the stuff he endorses, then that may explain why he swears so much. Chances are looking pretty high that I’ll be returning this, unfortunately. I’ve been looking for a sexy toaster oven like this for a long time. 🙁

My copy of Atelier Rorona finally arrived. Ordered it directly from NISA because I’m l33t that way. 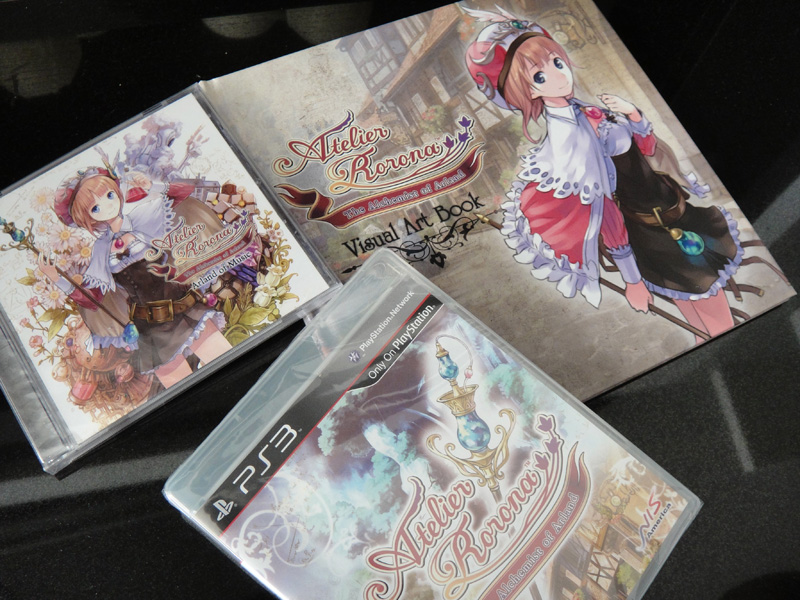 For good reason too, since it comes with a soundtrack CD, and a hardcover art book. I was later dismayed to discover that Gamestop also had an Atelier Rorona SE, but it came packaged in a beautiful sexy box. I almost went into nerd-rage. But it quickly subsided when I learned that the Gamestop SE didn’t contain the soundtrack. I’d take the soundtrack anyday over some flimsy box.

Can’t open it yet though – still gotta finish Valkyria Chronicles 2 (aka Gathering of Anime Tropes).

My Kureha arrived too! 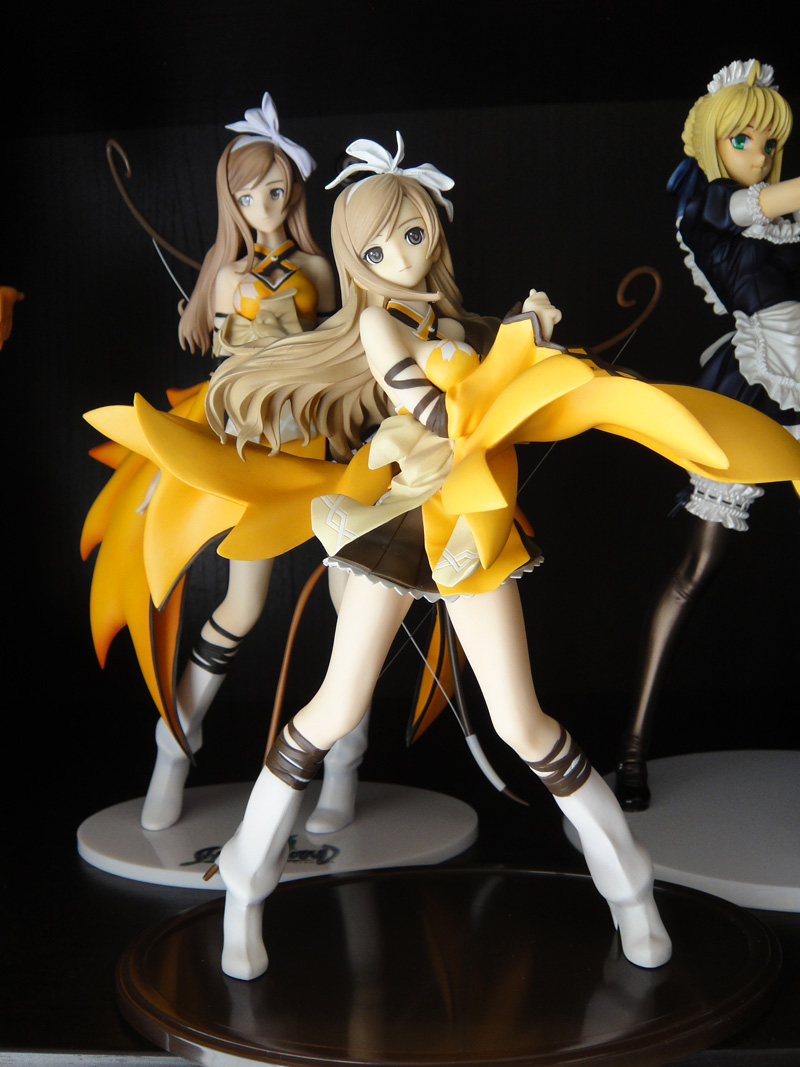 She was bought from another collector named MagicAngel a tsuki-board member. I’ve wanted to get this one for a long time now. I’ve had the Max Factory one for a while now, but really liked the pose of the Kotobukiya version also.

She’s quite a bit smaller than the Max Factory version, but it should be expected, since that one is 1:7 scale. But hot damn, she’s nice. A lot nicer than I had expected. Of course, if you’ve seen my last post on my collection, you’ll notice that the “Shining” shelf has no room for her. Dammit, Tony! Why did you create so many beautiful characters?!

If you haven’t heard me bitch and complain about it before, here it is again – I’m out of room. I’ve got too many figures, and a large percentage of them are living in boxes. I got rid of a few during the summer, but there’s more. And there’s more coming! What will I do…?

I create stuff in my mind, and try to barf it out onto tangible mediums such as Photoshop, and video game art. Sometimes, I get paid to do it because I'm a freelance artist working in the video games industry. Getting paid to do what I love (video games, and art) is my dream come true!
Understanding the Silhouette – How To Design A Character
Otacute Mascot – Okyuu-Chan