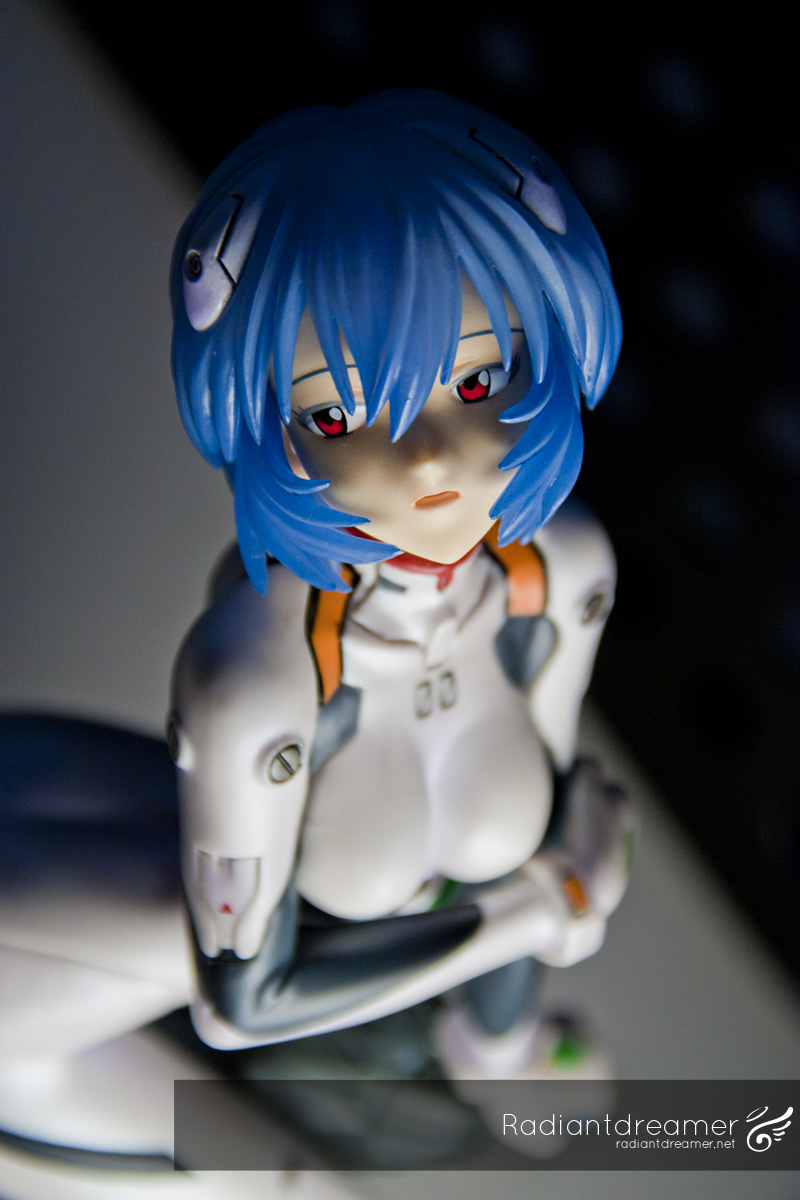 You probably find it strange that there are (omg) 4 consecutive posts this week, all of which are figures for sale. I figured it’d be nice to get rid of a bunch because I’ve got way too many. While I haven’t officially posted the figure listings here, there have been a few that were interested from my craigslist posting.

Rei was one of the figures that someone was interested in. I was pretty keen on selling her at first, various nitpicking reasons. But after I did a photoshoot of her, and played around with the raws, I realized that this was a HUGE mistake. 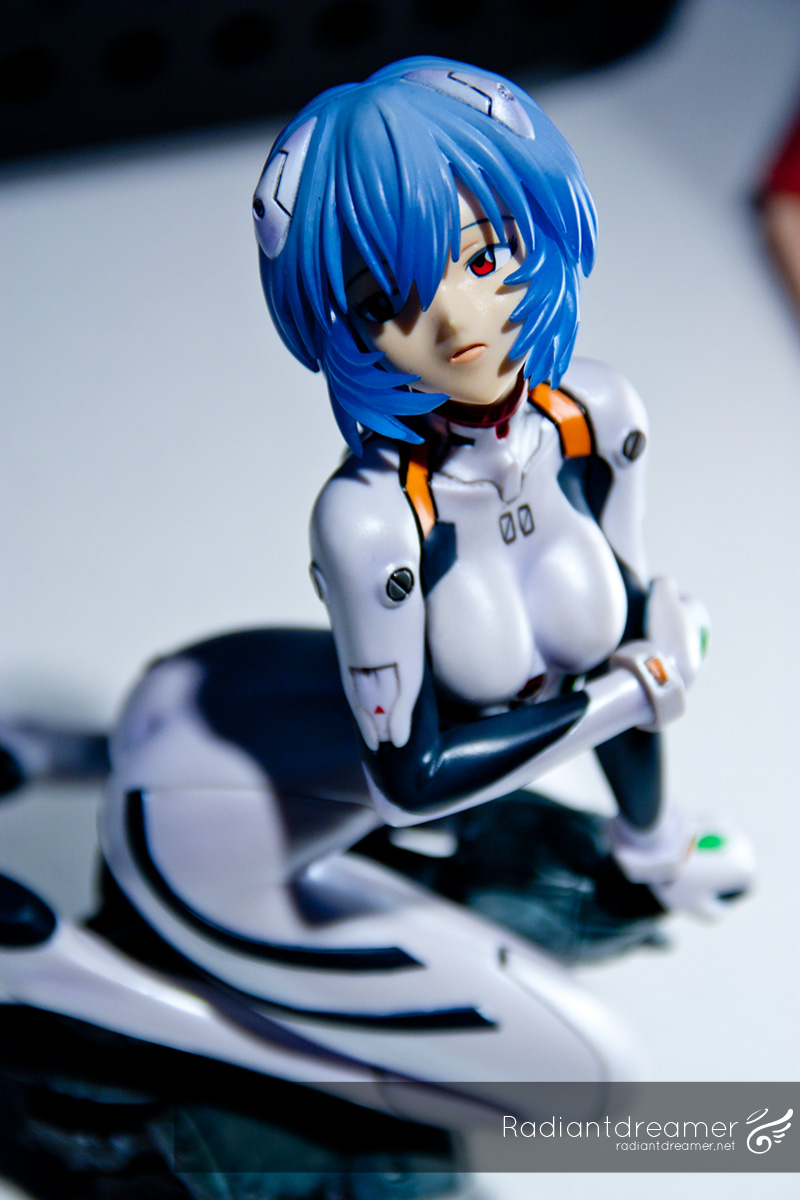 For one, she’s incredibly photogenic. I haven’t seen a figure take artistic pictures so well from so many different angles. She’s like the super model that just won’t quit! Instead of doing a detailed review style photoshoot, I went totally artistic with this one.

Rather than talking anymore, I’ll let the photos do the talking. Just so you know, all the photos were taken with the same lighting conditions. The only difference is whether the top light is on or off. 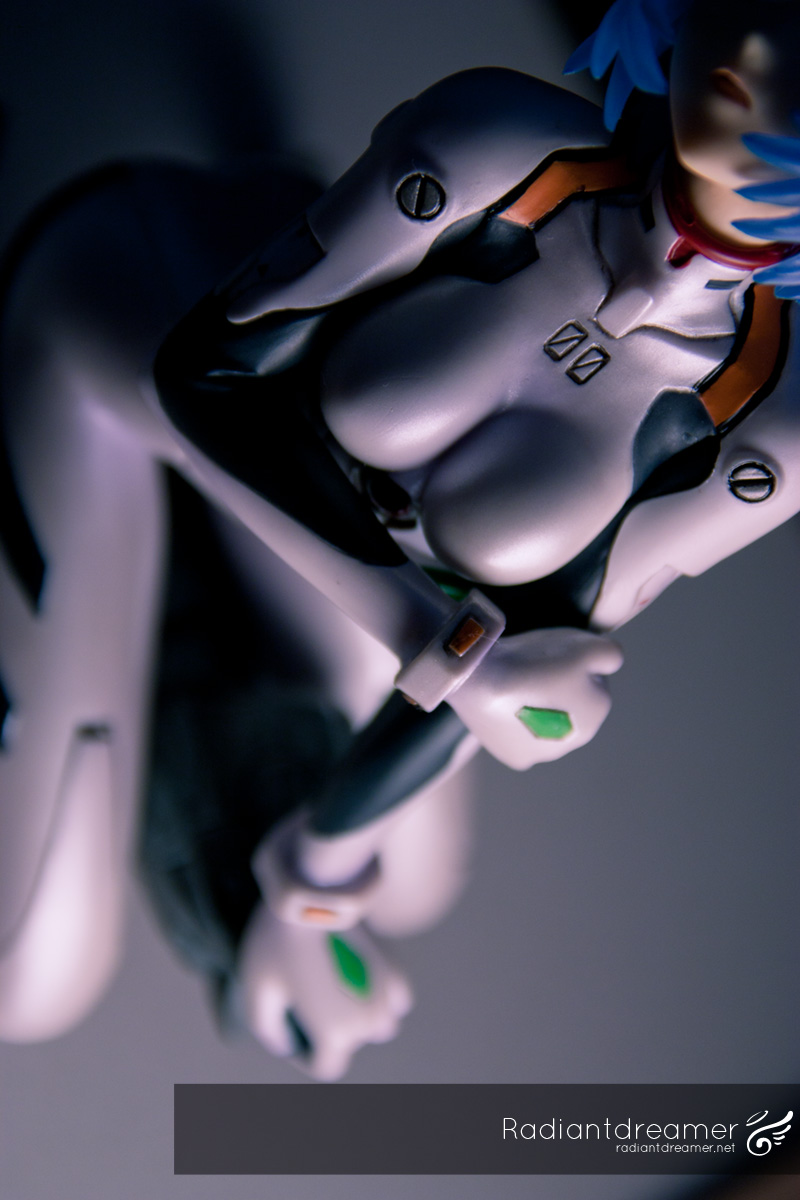 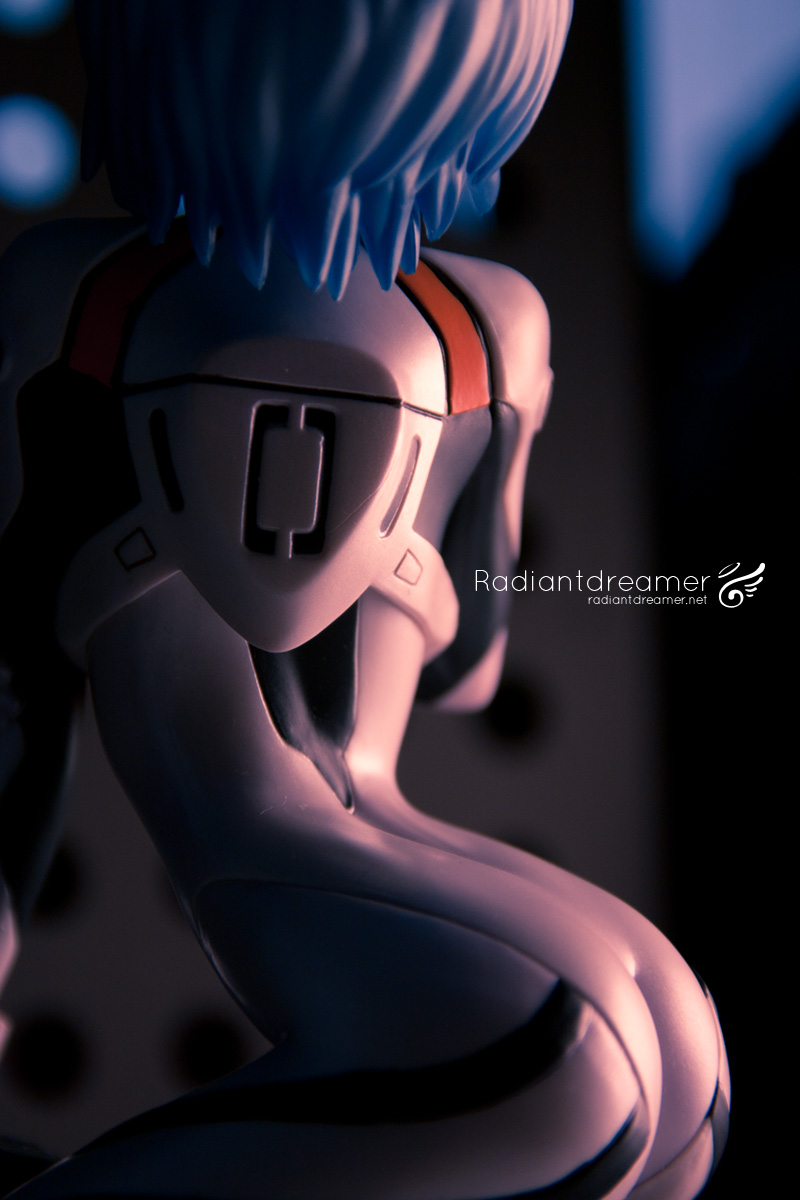 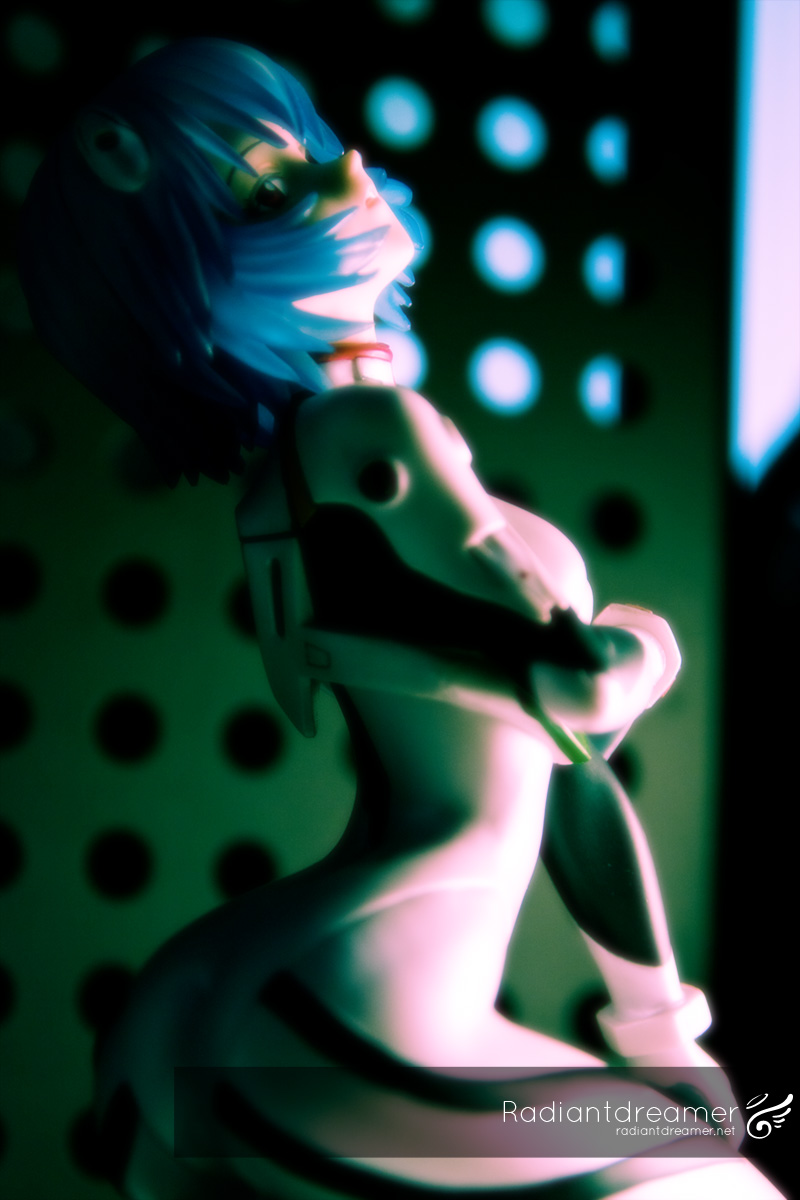 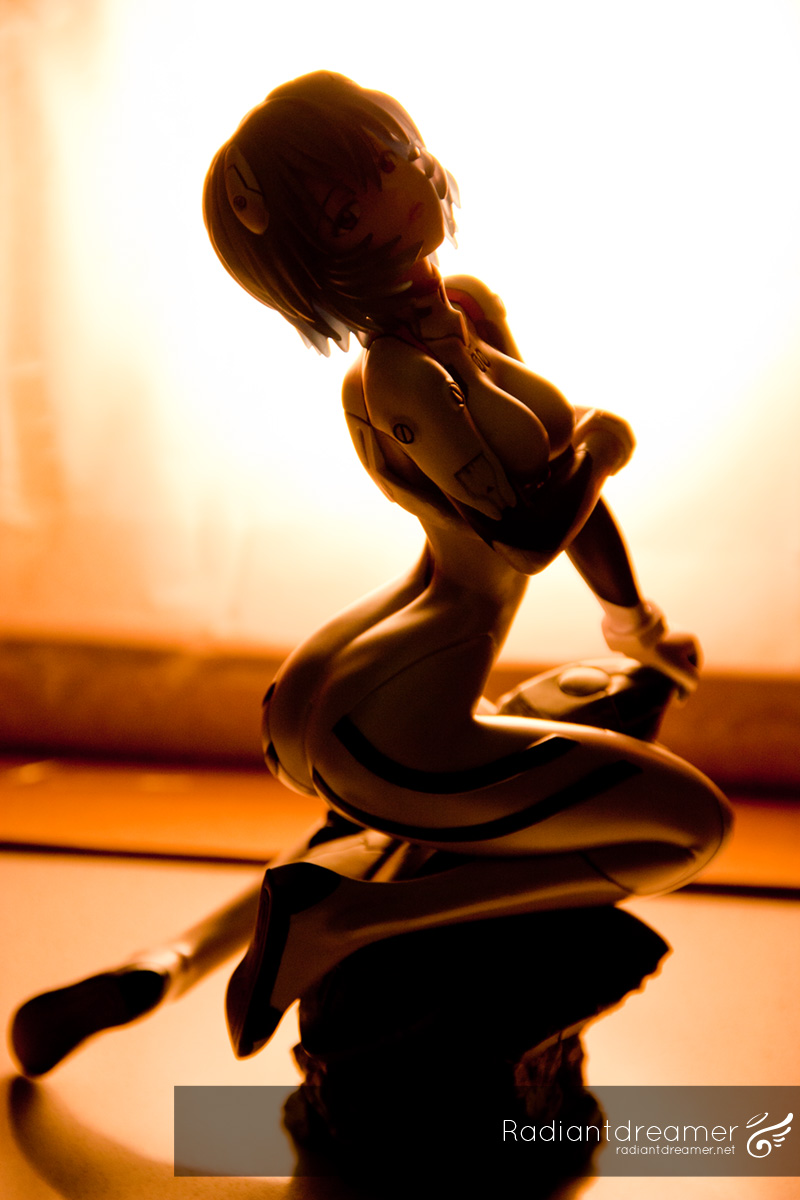 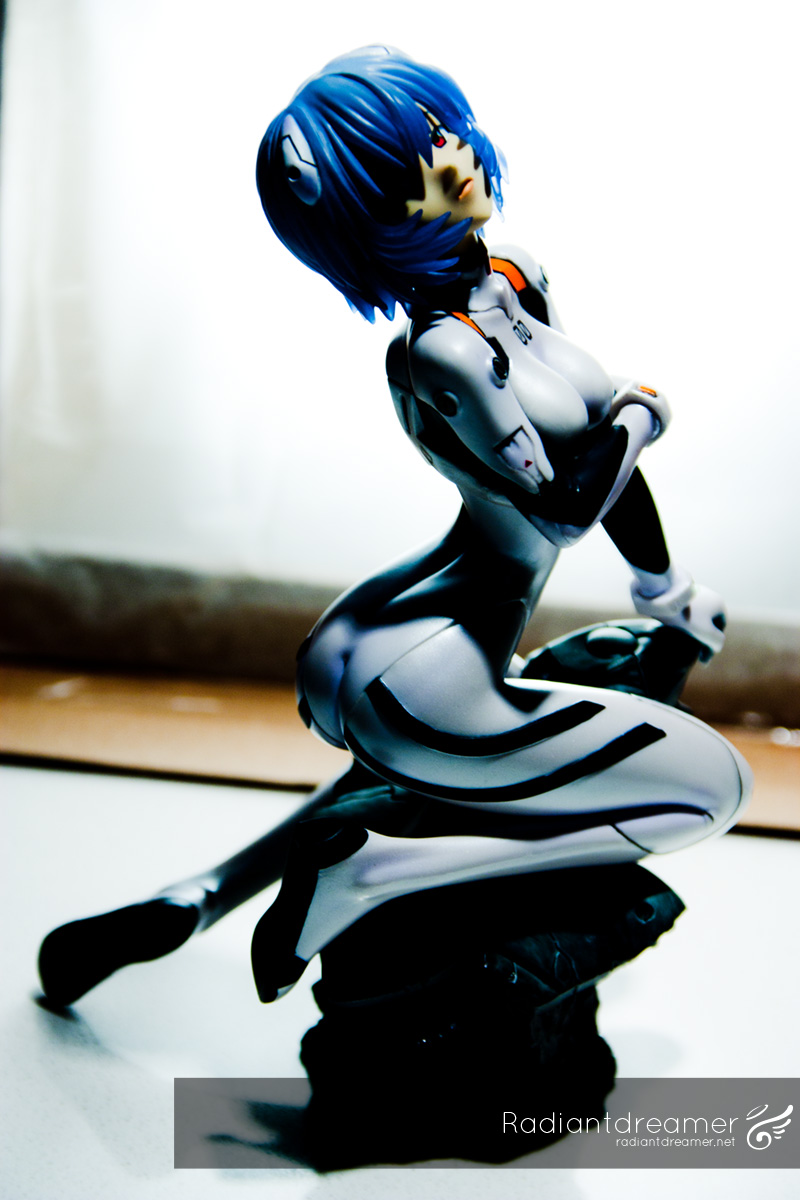 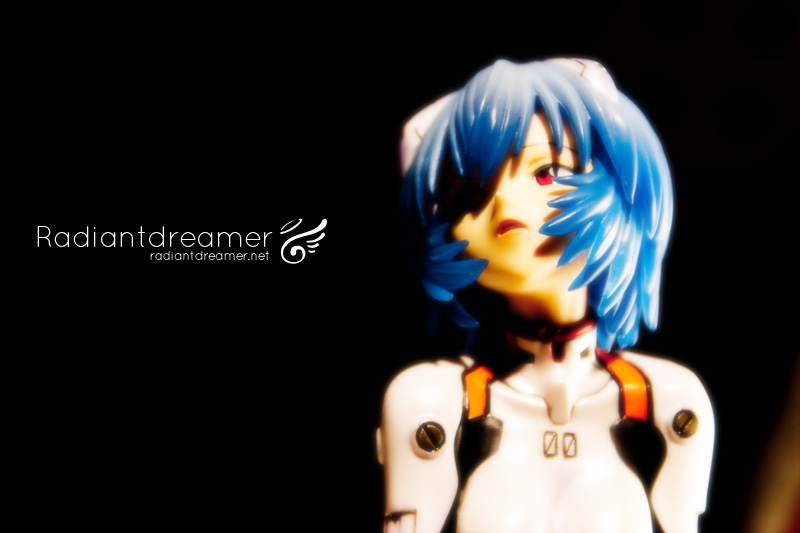 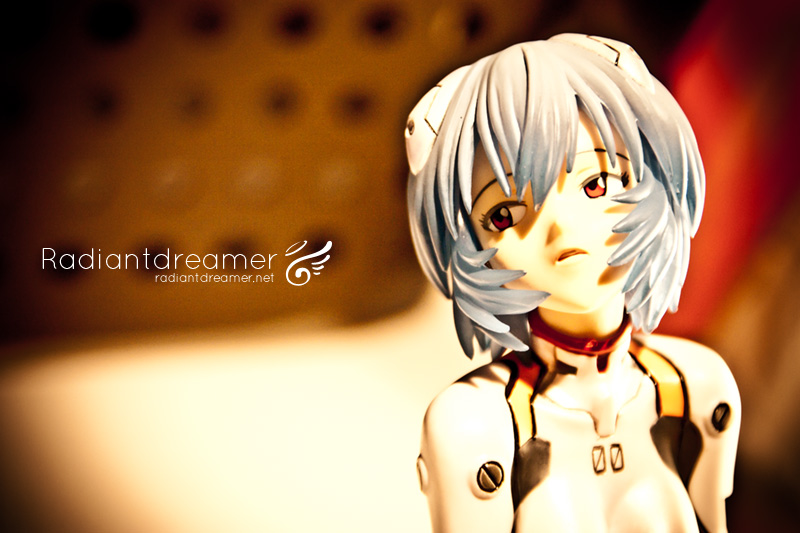 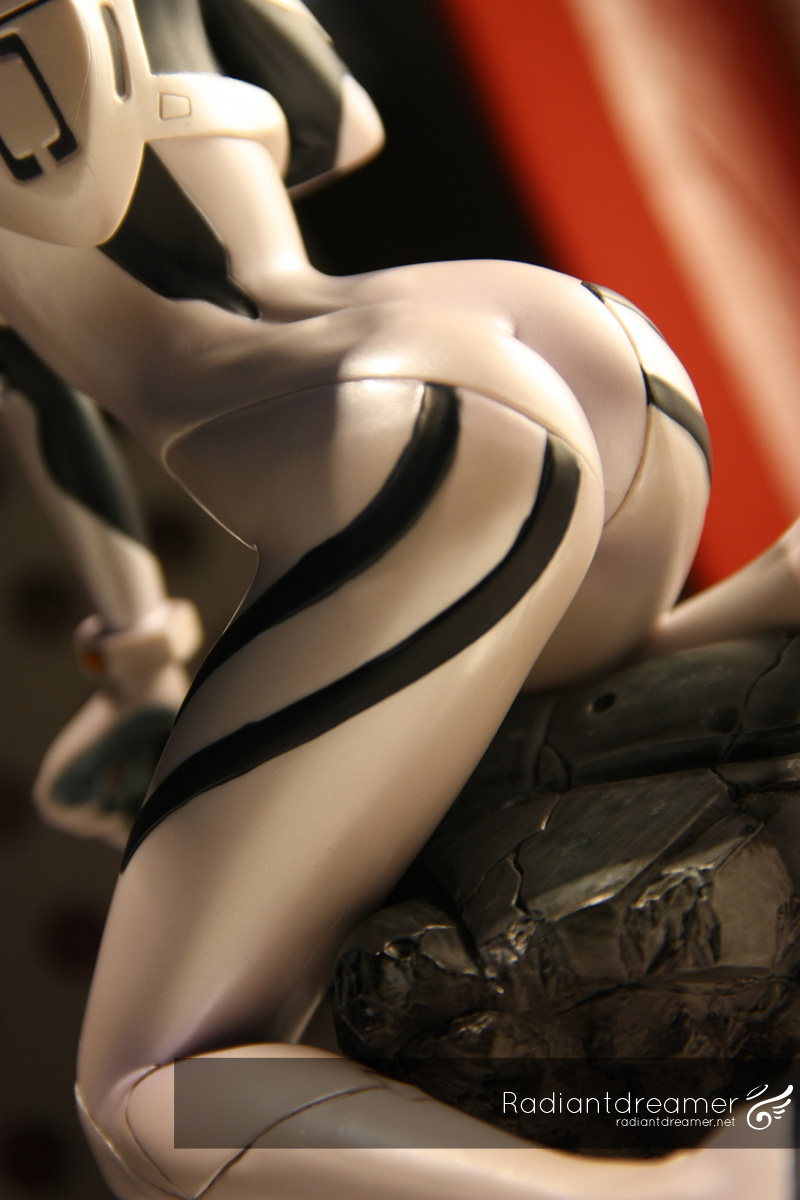 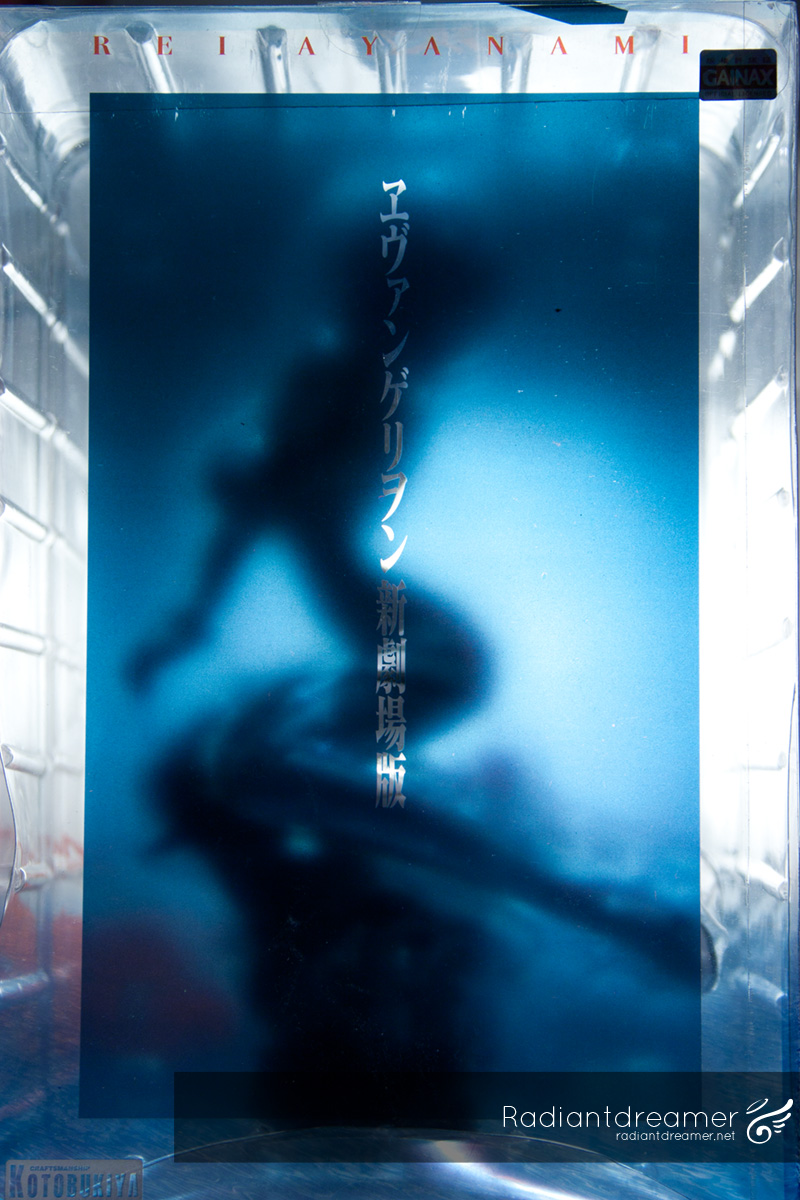 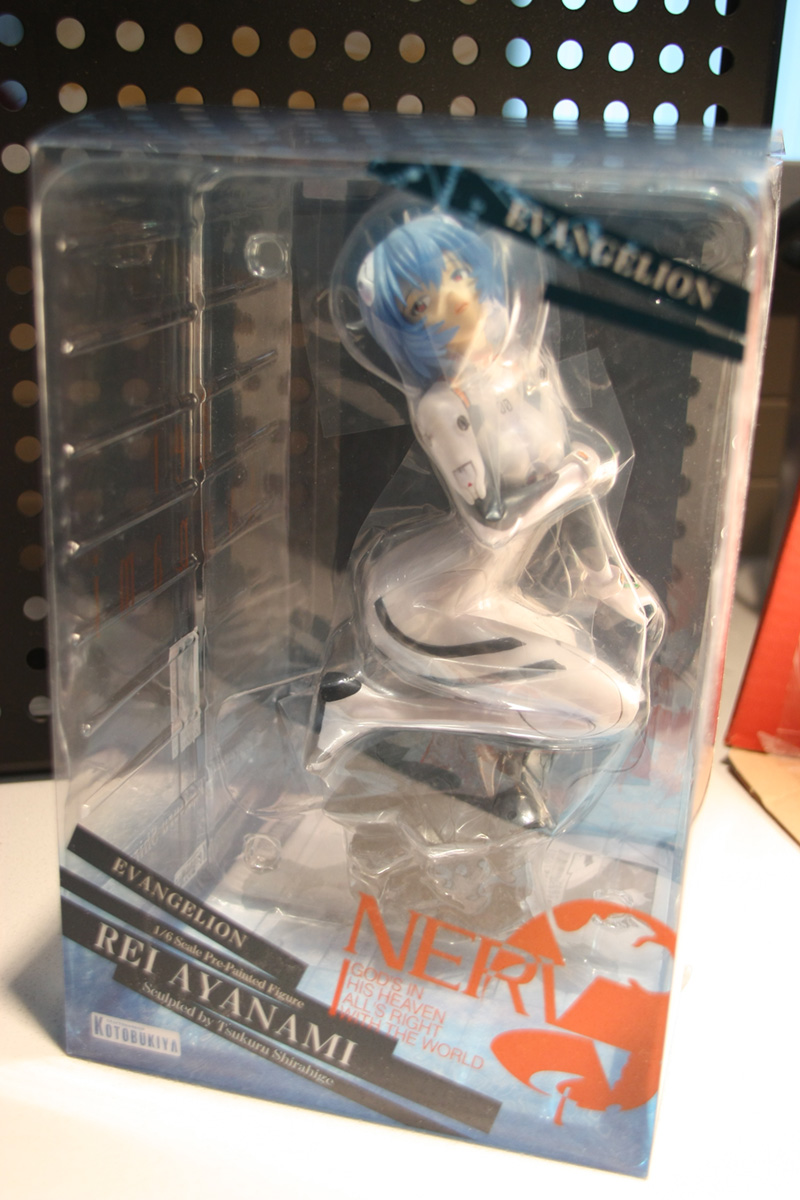 Above is the box shot. This was essentially the lighting I used for almost ALL of the shots. I achieved such different effects by shooting in RAW mode. I didn’t realize how powerful shooting in RAW actually is! I’m absolutely blown away by the sheer amount of control that I get when processing a RAW.

Between the time that someone was interested in buying, and now, I’ve pretty much done a 180 on selling her. She’s still in my figures sold category, because she technically was put on the market… who knows, I might still be interested in selling her if the price is right…

I create stuff in my mind, and try to barf it out onto tangible mediums such as Photoshop, and video game art. Sometimes, I get paid to do it because I'm a freelance artist working in the video games industry. Getting paid to do what I love (video games, and art) is my dream come true!
The Pitfalls of Moving Too Fast
Miku Hatsune VN02 Mix – Max Factory