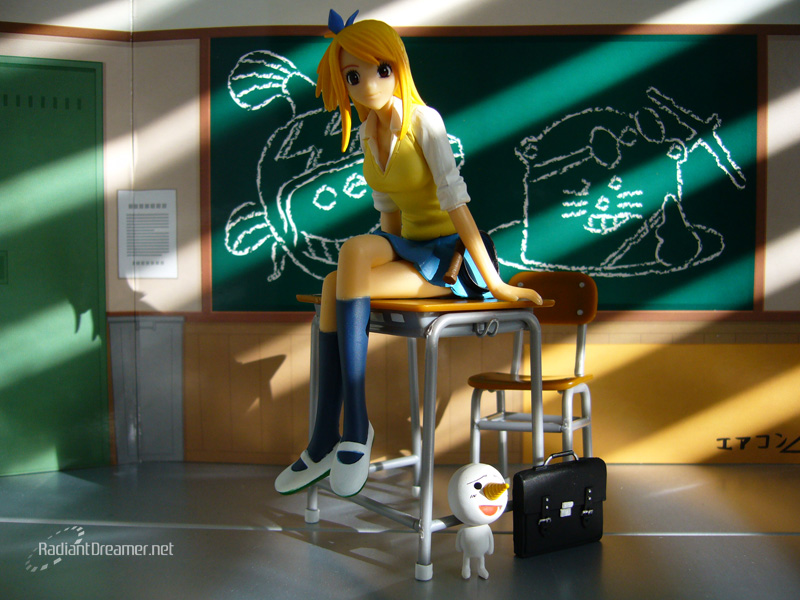 My sister just got back from Japan and gave me a gift – it’s a Sega Prize figure. But I have no idea who this is supposed to be. Does anyone know? More pics after the jump! 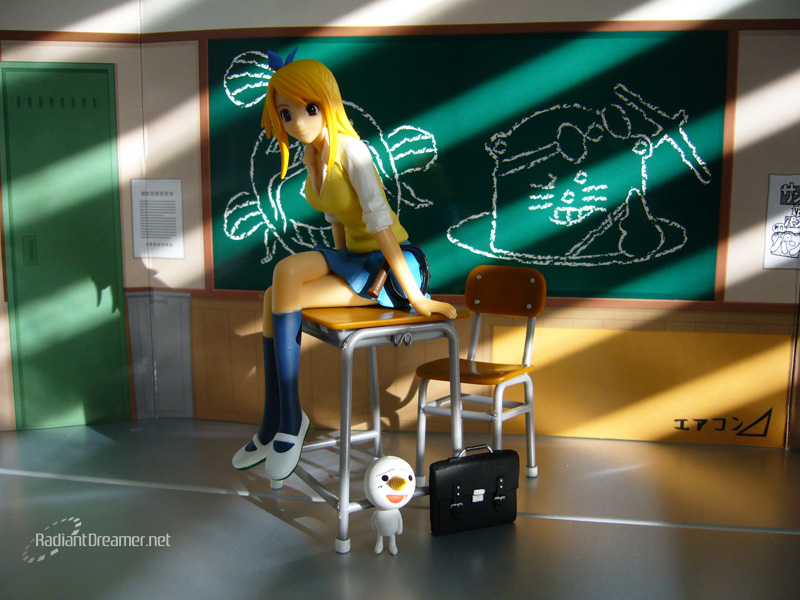 This looks like a fairly standard Sega Prize accessory pack – I remember Evangelion Rei and Asuka had the same desk, chair, and school bag, though I could be wrong. It’s cool that it comes with a backdrop and props. Helps make setting up scenes a snap. (ha ha I made a funny). 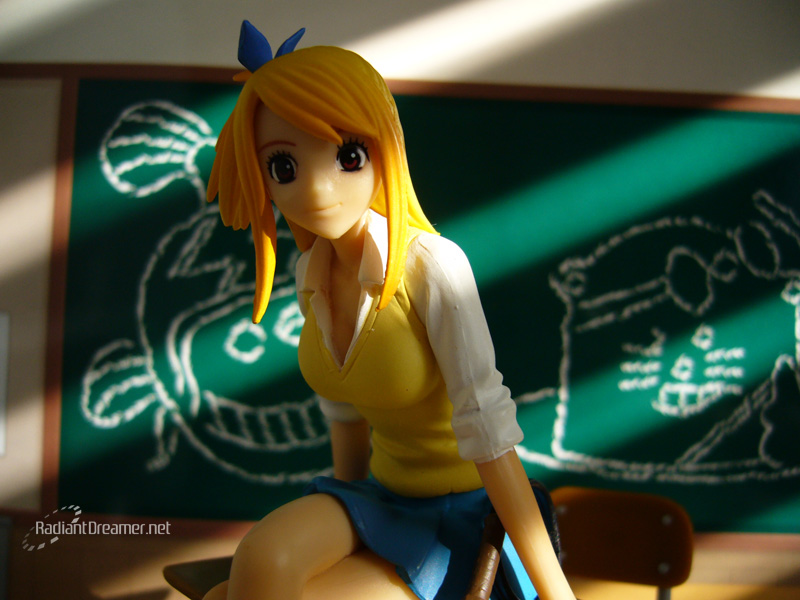 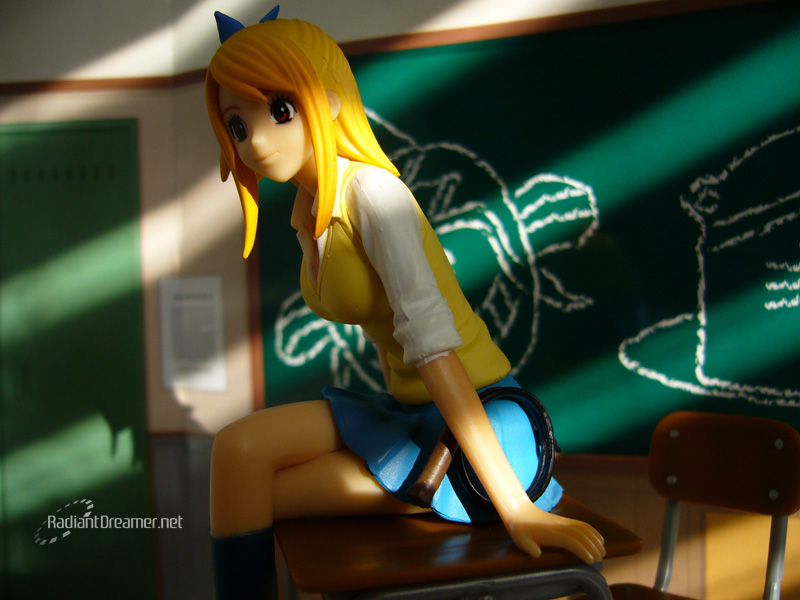 She carries a whip to school! That’s BADASS!! 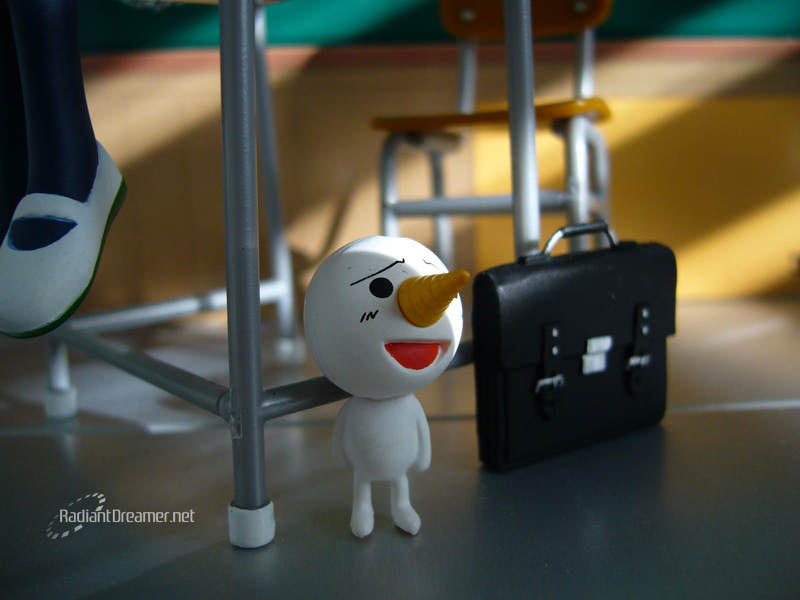 No idea who this little dude is, but I’m sure that it might be familiar to some of you anime otaku out there, and may help me identify exactly what series this is from, and who the heck this girl is. 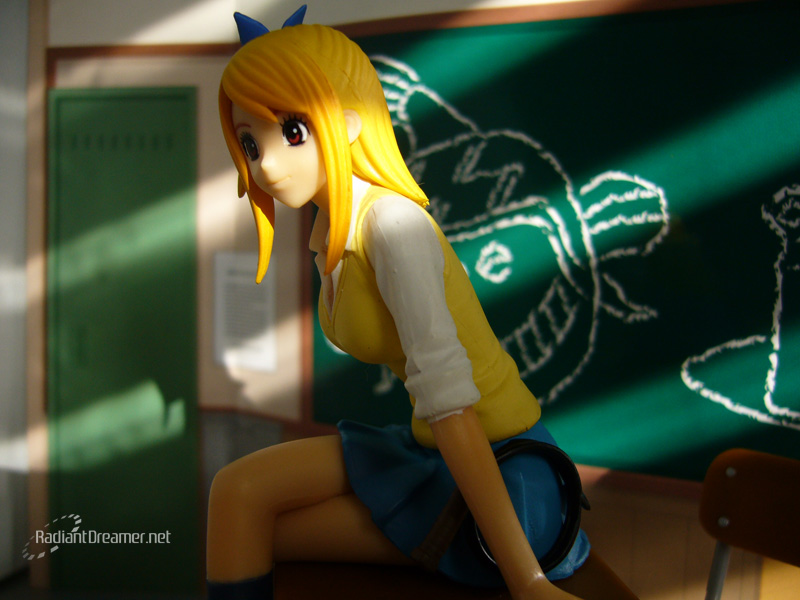 You’ll notice some mould roughness on her sleeves, but that’s pretty typical of Sega Prize figures, and heck, most gashapons. It seems that it’s the type of PVC they use coupled with the small scale that causes it.

Overall, I like this figure. I wish more figures came with accessory packs like this. It would save me a whole lot of trouble when it comes to figure photoshopping. Oh yeah, there are going to be new Nendoroid accessory sets coming out, starting with the computer desk. I’m sure it’s to satisfy all those Haruhi Nendoroid owners…

I create stuff in my mind, and try to barf it out onto tangible mediums such as Photoshop, and video game art. Sometimes, I get paid to do it because I'm a freelance artist working in the video games industry. Getting paid to do what I love (video games, and art) is my dream come true!
Happy Halloween!!
Being sick is no fun…