My art is on Blazblue UK Cover! 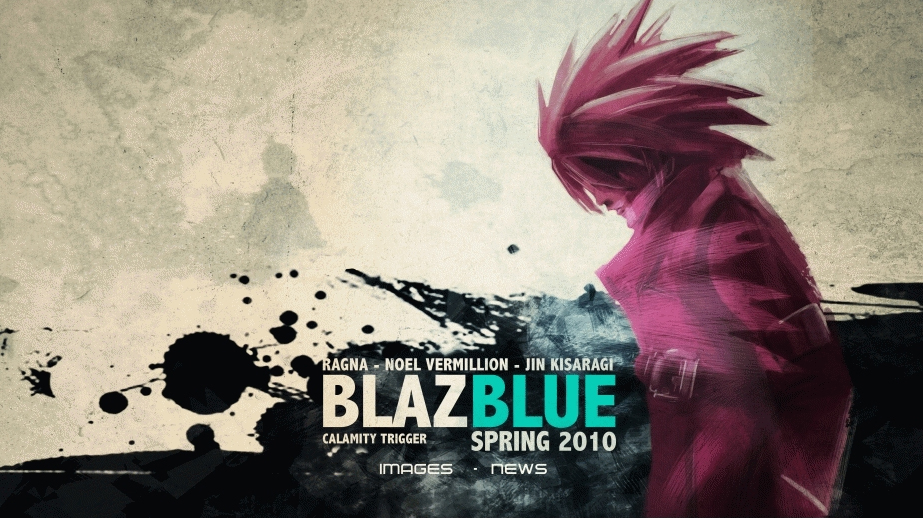 Wonder how it was made? Now that Blazblue has officially been released in Europe, I am opening up this post with some interesting details, and of course, a youtube video of how it was done.

A while back, Neogaf was hosting a contest for Arc System Works Europe (Zen United). At the time, I wanted to create a cover piece as close to the style of the original artwork as possible, and came up with two images: 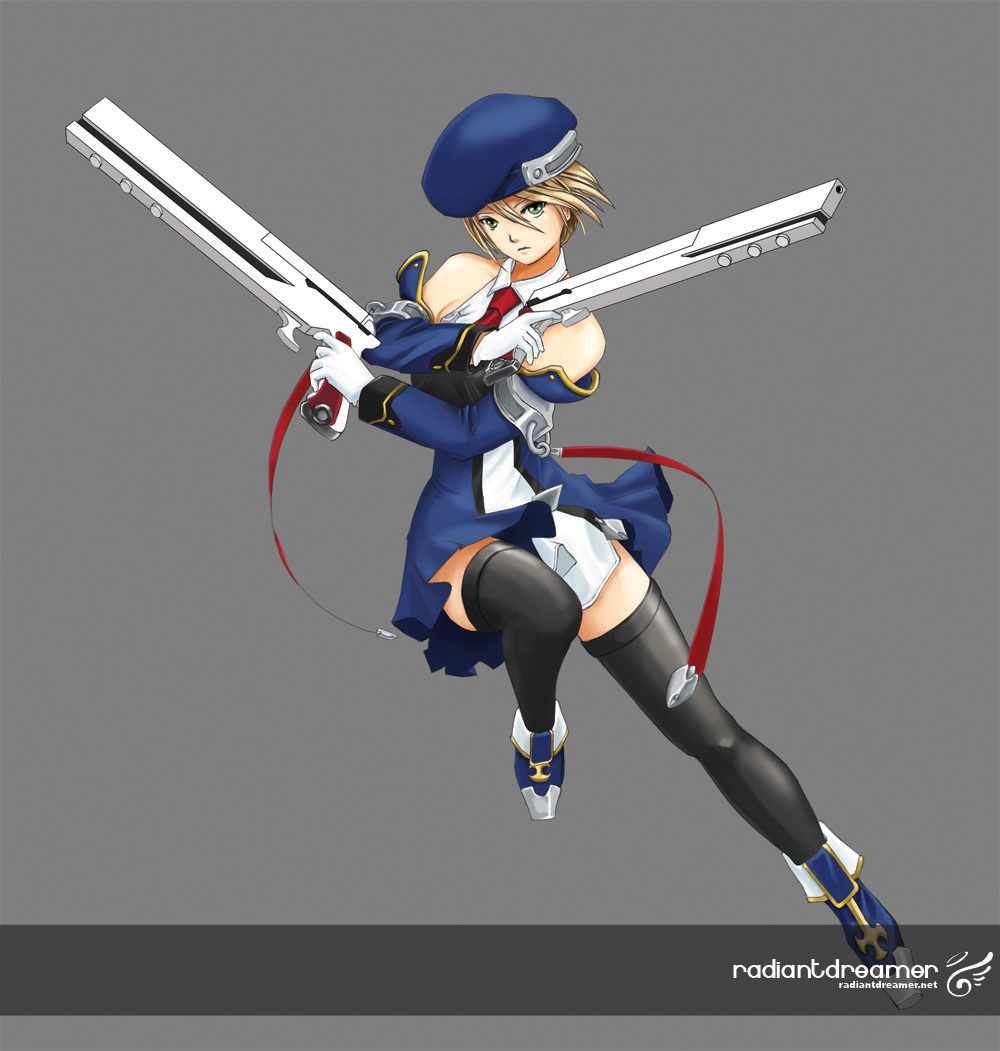 The first one was this Noel Vermillion. Rather than double-posting, check out the post on her here. 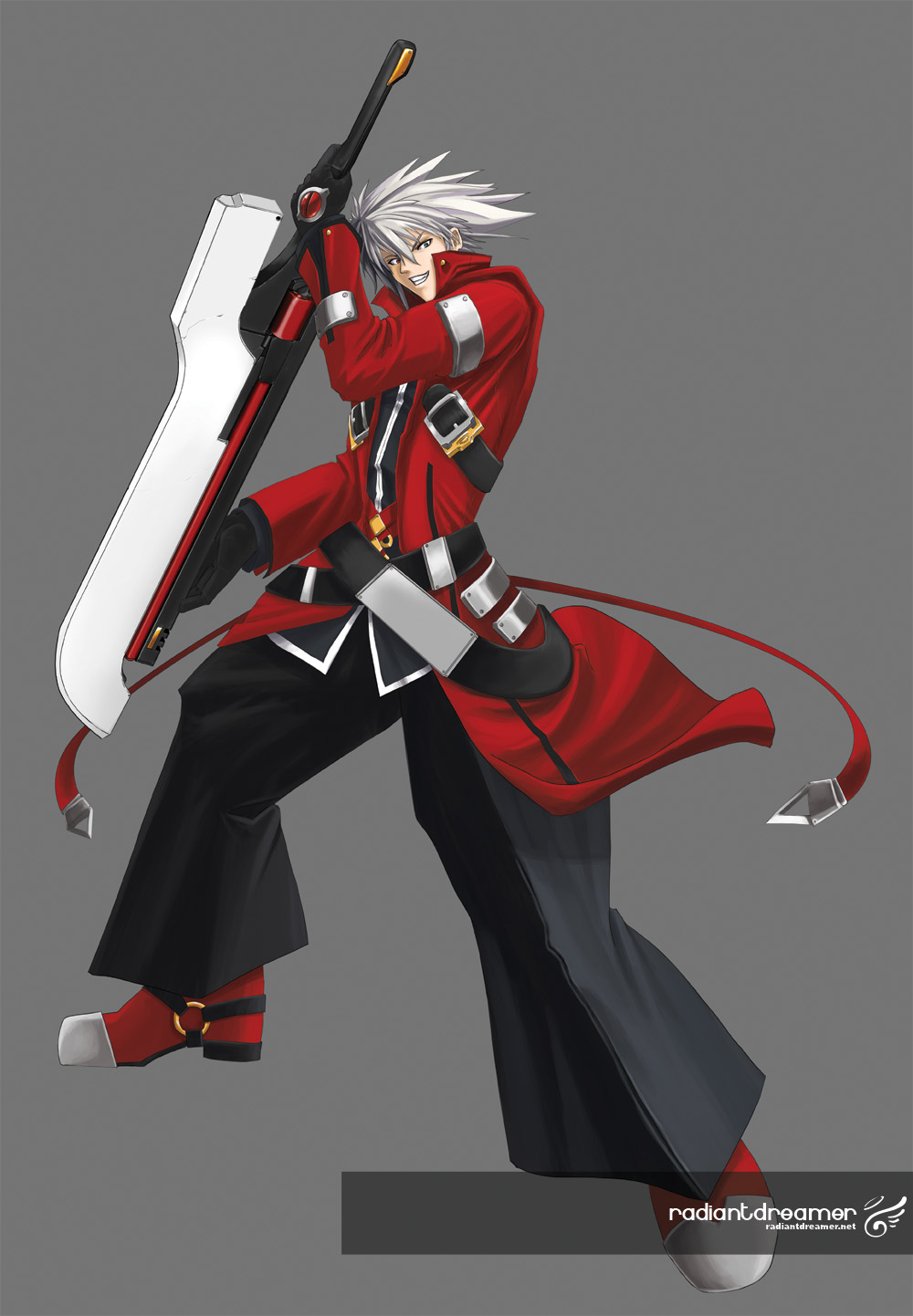 The second one was Ragna Blood Edge. Again, the post for that can be found here.

Initially, I was planning to draw several characters, and composite them together into one cohesive cover. But that idea was shot down due to some miscommunication, and the style and inspiration for the cover was revealed. So it was back to the drawing board, and I spit this cover out: 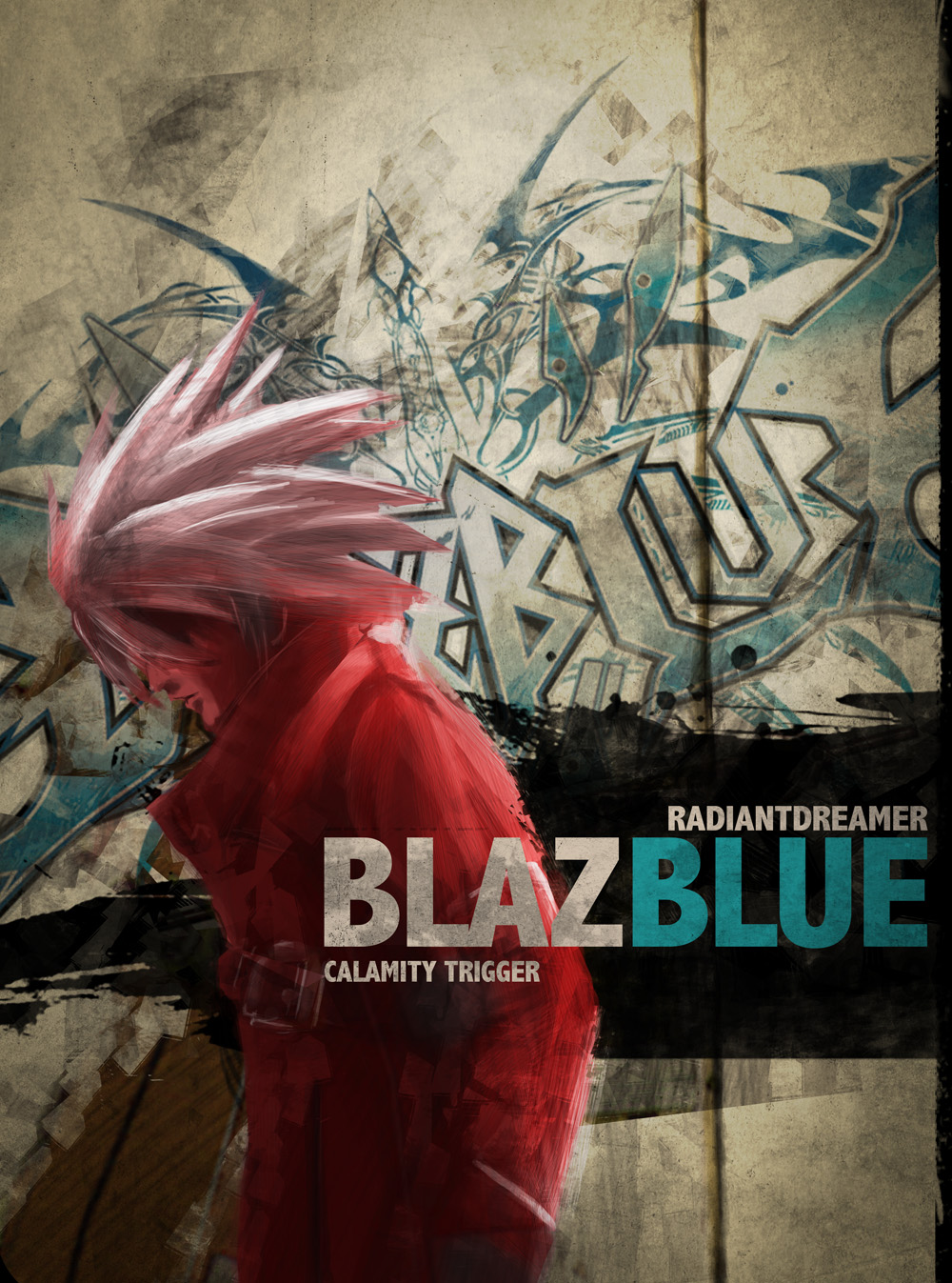 Actually, this is already a somewhat modified version of it using the final font that Zen United used for the final cover and website. But I prefer this font anyway.

This was my submission for the contest. It was up to Neogaf users to vote on their favorite. Winner got their art on the cover, and some other unspecified prizes. I haven’t gotten any prizes yet, but that doesn’t matter. There were more important things going on.

It was a landslide victory. My cover won the votes to about 2:1 from runner up, if I recall correctly. Zen United contacted me and said they loved the cover, but wanted to experiment and commission me to attempt a second piece, using Noel instead. Over the course of the new project, I had developed a very good working relationship. This was my submission to them: 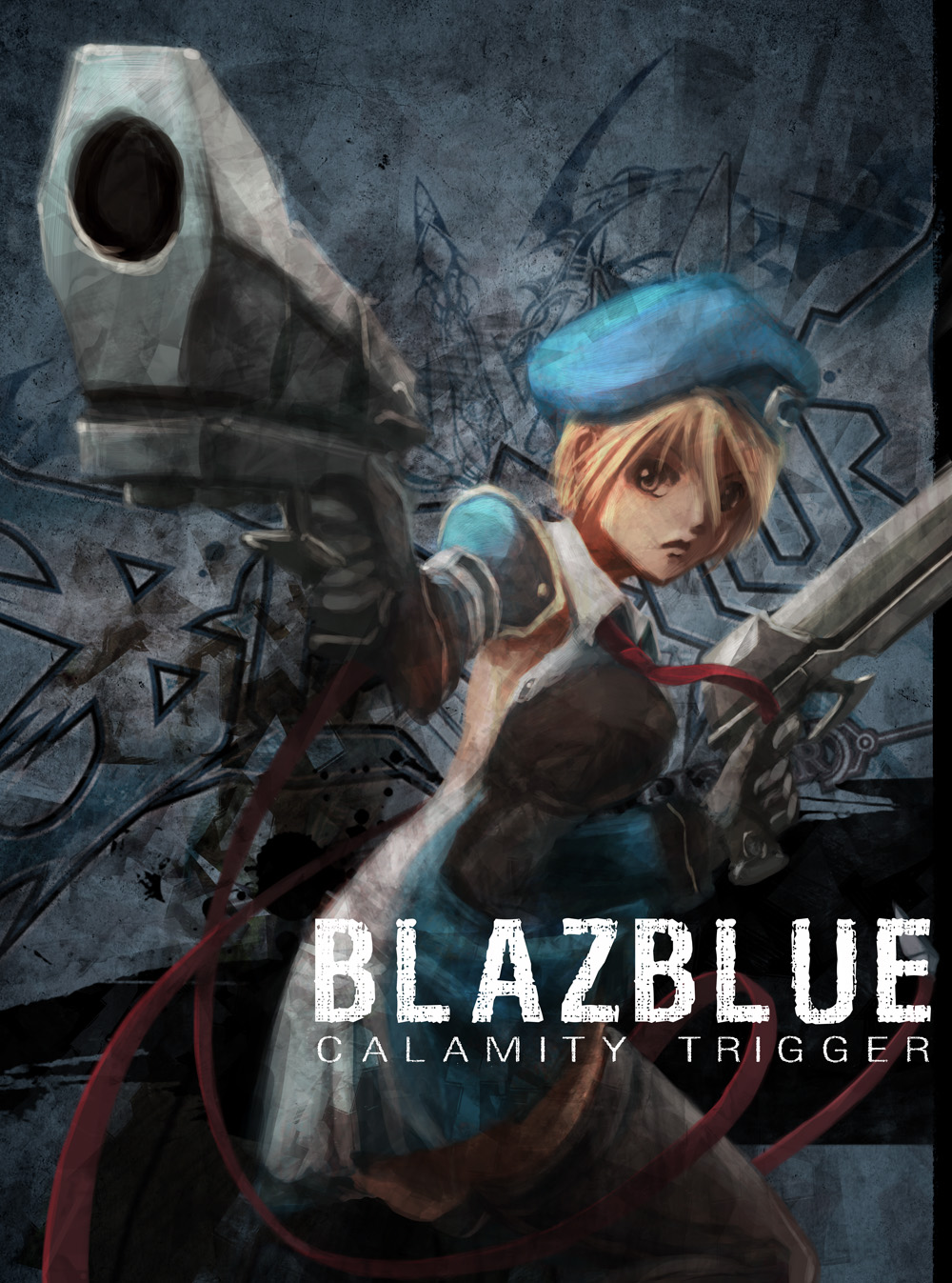 Now you may have noticed already (if you’ve seen the Europe cover) that it’s quite different. I wasn’t sure whether this cover art would actually cut it as marketable cover art, but I did like the result of it. Some changes were made to make it more marketable, including color saturation, tweaking the gun to be closer to the original, changing the logos and stuff, and many more.

When the cover was announced, it seemed that the reactions were quite polar. Some people loved it, some people hated it. The neogaf community however, seemed to have felt betrayed. For good reason too, since all of them voted unanimously for the Ragna cover to begin with. A big hooplah resulted from that, and I had to basically jump in and cool it down, though it probably was only mildly effective. 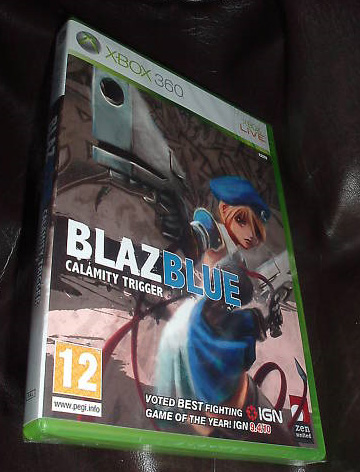 Grabbed a pic of the actual box off the interwebs. It’s still blowing my mind!

In all honesty, I don’t mind. There are always haters, and people that think cover art not using official art “stinks” and it’s understandable why. I’ve seen my fair share of what I consider “bad cover art”. Just the fact that my art made it on a cover makes me happy enough. 😀

Well, if you happened to have bought the Europe release, and don’t like my cover, or like the ragna cover better, I’ve created some custom covers specifically for the Gaf Collection thread. 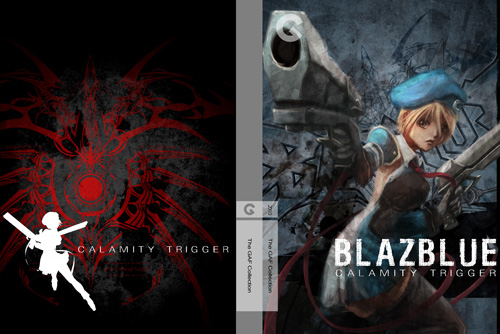 Each minute in the video is basically one hour of work.

While I’m at it, I uploaded a new HD 720p version of my original Noel fan art:

Hope you enjoy it, because it’s not over yet!

EDIT: Woohoo! The fanart got “Most Favorited gaming video on youtube (Canada)” at #16 and the cover art video got ranked #46!

I create stuff in my mind, and try to barf it out onto tangible mediums such as Photoshop, and video game art. Sometimes, I get paid to do it because I'm a freelance artist working in the video games industry. Getting paid to do what I love (video games, and art) is my dream come true!
Kagamikusagi! Photoshop Love! <3
Commission Art Gone Wrong