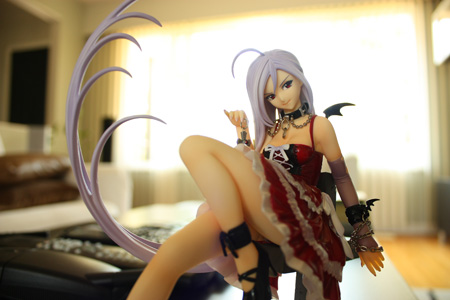 So my Moka finally arrived today last Friday. Honestly, she was on the chopping block for my preorders, but I’m actually very glad that I decided to follow through with the purchase. This purchase was made on e2046. Their prices are reasonable, I never get charged duty, and they are slightly faster than HLJ. 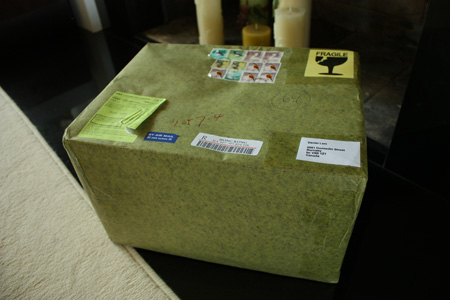 I can’t say that their packaging is the best though. It’s not as “specialized” as HLJ. 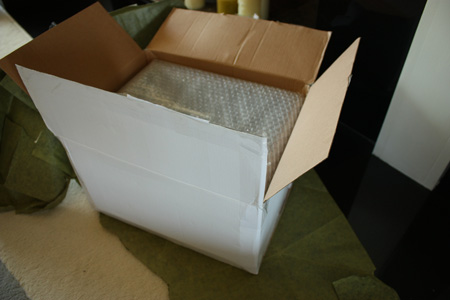 They’re also not as environmentally friendly. That bubble-wrap is literally wrapped around and around and around the figure. HLJ likes to pack theirs in a shrink-wrapped seal around a large piece of cardboard, plus air-filled pillows. 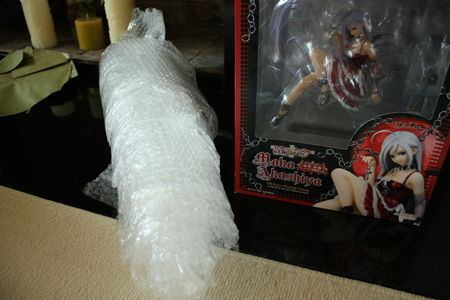 I have several rolls of these bubble-wraps now. It’s great free packing material that I use for when I ship stuff out to other people though, so it’s not a waste. I hope other collectors are doing the same to save the environment. 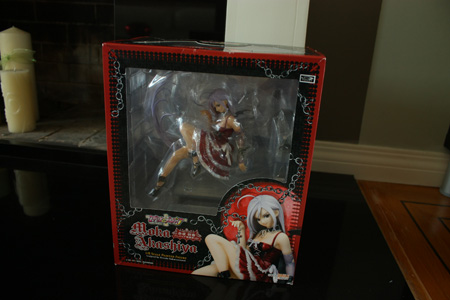 And there she is, in her original packaging. e2046 does sell PVC figures too, and they’re all authentic.

Another figure photoshoot to add to my already increasing backlog. No worries though. I’ve been noticing that blogs have started to literally disappear recently because the authors lack the funds to buy more figures. I’ve sustained heavy damage myself, but the figures will still keep rolling in at a steady and slow pace. As I sell some of my older figures, it will make more room, and provide more funds for newer figures. The backlog of figure photoshoots will make their way to this blog eventually, so no worries about me running out of content either.

More posts to come at a later date!

I create stuff in my mind, and try to barf it out onto tangible mediums such as Photoshop, and video game art. Sometimes, I get paid to do it because I'm a freelance artist working in the video games industry. Getting paid to do what I love (video games, and art) is my dream come true!
Natalia Luzu Kimlasca Lanvaldear – Kotobukiya
Busy Busy Busy…