8 Anime Super Powers You Wish You Had

High school is a time when kids try to one-up each other. It’s a popularity contest full of raging hormones, and confused feelings (which is probably also why so many anime feature a high school setting).

Everyone deals with their lack of prowess in a different way. Jocks try to excel at sports, beat up weaker nerds, and be very loud. Nerds, especially anime nerds, will fantasize about having super powers to defeat said jocks. It doesn’t really get them anywhere, but they can cope.

When you were in high school (or perhaps you still are), were there any cool anime super powers that you wish you had? Here are a few that I thought would have been cool.

Probably the most common super power, in my opinion. I mean, it’d be pretty cool if you could electrically charge a penny and turn it into a railgun, right? Or being able to shoot off a giant beam of energy through your palms. That’d scare the jocks into submission. That would demand some serious respect right there.

You could do a “drive-by shooting” with it too. “Watch your back, buddy. I know where you live!” You could level an entire block doing that, I’d bet. Kamehameha yo ass biatch!

Masakatsu Katsura’s DNA2 has an interesting, more “localized” form of this projectile, but it looks more like a pie in the face. 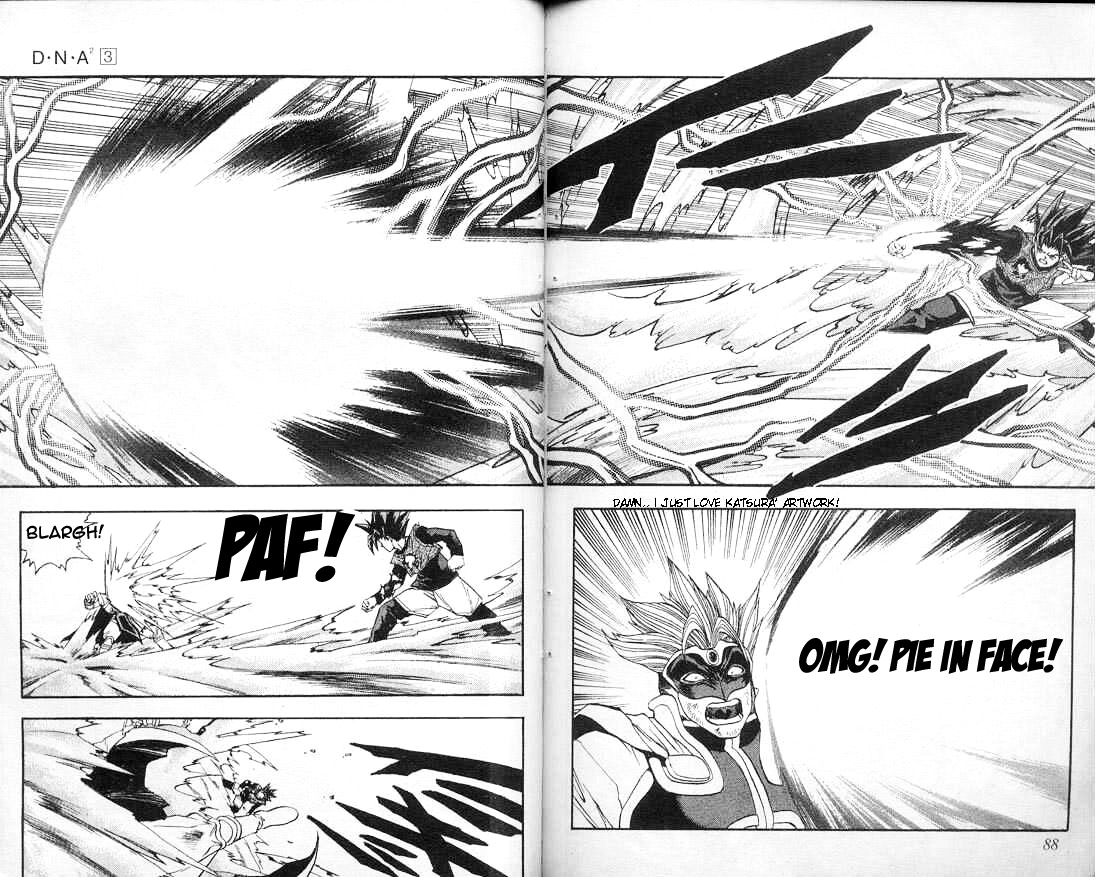 Of course, we never really think of the actual physical property damage this may cause, or even the pain it would inflict. But DAMN it’s be COOL! HADOKEN to THE FACE! Then you get the girls! Screw the repercussions and possible criminal prosecutions! I’d Sonic Boom that shit into next Wednesday!

You can never have too many fireballs. Probably the craziest shit you’ll ever see.

I’d often thought about this one too. The benefits of flight are obvious. But being able to jump really high is cool too. You’d excel in sports like basketball, volleyball, and even football. Anytime someone passed the ball to you, you’d just jump over those tackles with grace. The added benefit of this is that it doesn’t hurt anyone else.

And think of how popular you’d be! Girls would be flocking all over you!

Of course, there are also other implications here. Scientists would probably want to study you. All the guys in your school would also be jealous. They’d definitely want to beat you up. But you know you’re untouchable! You’d just jump up to the school rooftop and escape! Like a ninja!

Of course, you can also use your incredible agility to commit epic acts of senseless violence too. UFC?

A lot of people, especially weaklings like us anime otaku, may like to think that we have some hidden potential inside of us, waiting to be unleashed at the opportune time (usually some form of extreme nerd-rage) I mean, it’d be pretty cool if you were beaten to a pulp to protect your crush, and then you come back on fire, and kick some ass Scott Pilgrim style.

With the exception of Dragon Ball Z, this sort of “internal cosmos” or “theta” also comes from series such as Saint Seiya. There’s also the psychotic version like Evangelion, though not nearly as flashy, is definitely rage at its finest. HYAAAAAAAAAAA!!!!

One of the first, and best AMVs ever created. Epic Asuka Rage!

You know how in some anime, a character would break into song, a background would come up, and supporting dancers and singers would pop up? I’m sure you don’t. But wouldn’t that be cool? You’d literally be the life of the party. Imagine sitting in the field with your classmates after school or during a lunch break, and you say “I’m bored…”

“LET’S PARTY!” and it’s showtime! Spot lights appear out of nowhere, music comes on from god knows where, and everybody’s dancin’. That would be rad.

I’d settle for a soundtrack to my life too. If it was composed by Nobuo Uematsu and conducted by Arni Roth. (but that’s because my life isn’t all that exciting).

I haven’t seen a whole lot of shape-shifting in anime. And when it happens, it’s typically a bad-guy that gets this ability. The only use I can see out of it is messing with people, and basically causing mischief.

Of course, if you’re talking high school, with the exception of the obvious pranks you can play, you could also morph into a celebrity like Justin Beiber, or one of those damn vampires from Twilight. That’d be a hoot.

Of course, you might even try morphing into someone of the opposite sex, just to mess with people. I know I would. I’d morph into the sexiest school girl ever, and I’d be a gamer/anime nerd to boot! I’d then either tease the guys to no end, or I’d get on with some hot yuri action with someone of equal hotness. Ah… the fantasies… 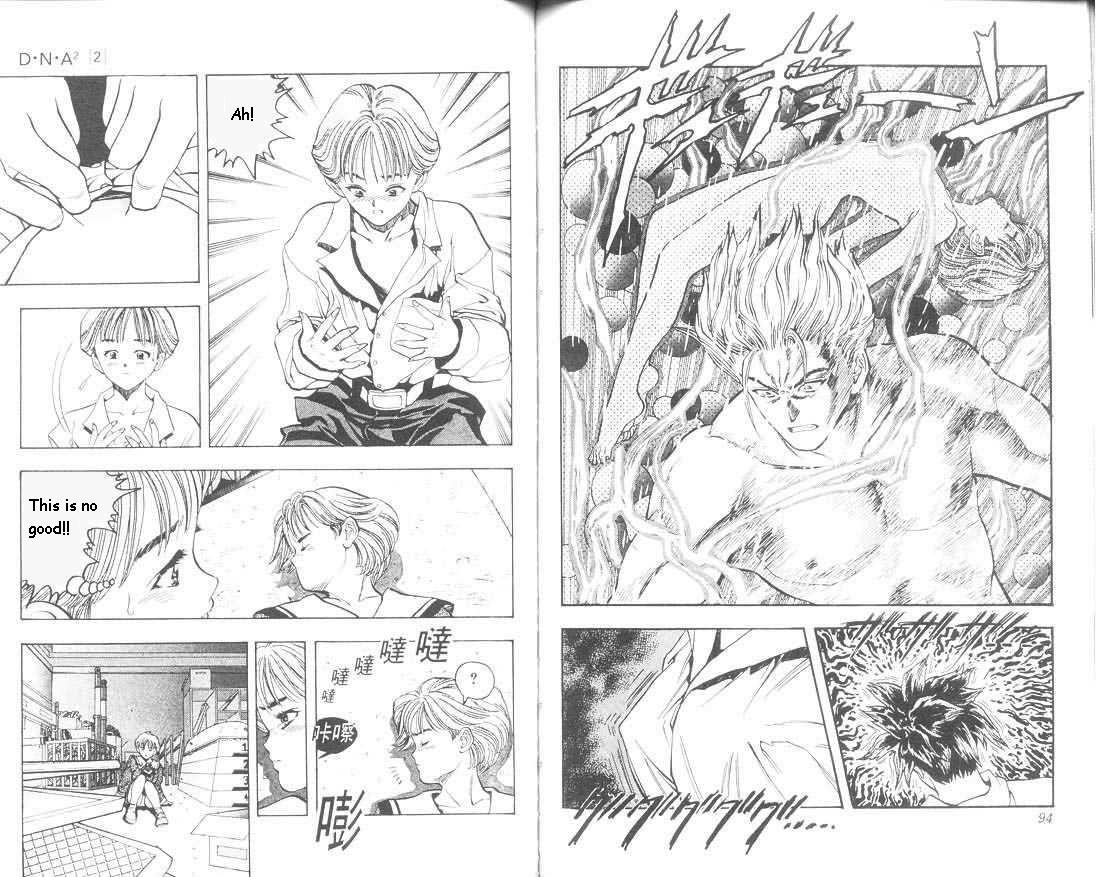 I’m not sure how quickly you’d get over the initial shock of suddenly growing breasts.

Twilight be damned, glittering would be fucking cool! If you glittered on demand, you would be teh hotness for real. All those shoujo manga with porcelain-skin blonde pretty boys who get all the girls all kirakira. Bonus if flowers bloom around you. 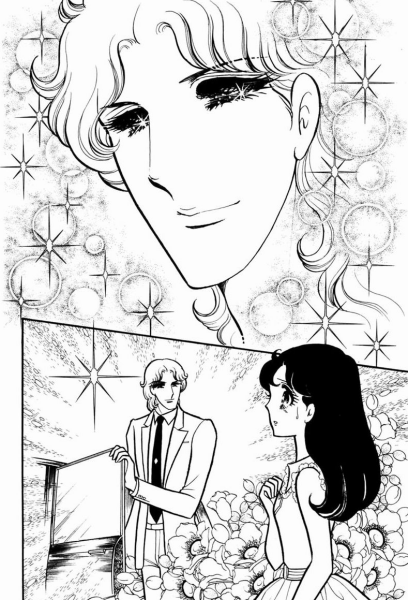 I will charm your PANTS off!!

Of course, people might think that you’re a flamboyant unicorn too…

Geass encompasses all this of course. But I don’t actually know if these are good abilities to have, especially the mind-reading one. The whole thing with high school revolves around insecurities, uncontrollable emotions, and just general confusion. I mean, it’s bad enough that you’re messed up by your own thoughts. I don’t think you’d need the addition of other confused teenagers on your mind, or hearing some of the unspoken thoughts of how people really feel about you.

I think the mind control thing would be kinda cool though. Jedi mind tricks would be as great of an extent as I’d want it. Full zombie-induced mind control may be a bit much, and creepy. I’m sure more than once, some of you have wished that annoying classmate would just bugger off, or you wished that secret crush would at least give you the time of day.

By far, the ability of choice I’d go with. Hands down. It seems that mostly bad guys in anime are able to teleport. Specifically, the underlings, not the main boss-man. He’d teleport in, gives his status report, the boss-man gives his orders, and he responds with “wakatta” before vanishing off to do underling type stuff.

Even better, if you’re also able to teleport stuff in addition to yourself. You’d never have to carry your wallet or luggage again! You go camping and you can just materialize your equipment when you need it.

Yeah, there’s that downside too.

The terrible movie “Jumper” illustrates the fantasy lifestyle with being able to teleport. I’d love that. It’s the most practical super power that I can think of. Even more so than stopping time, in my opinion.

On one hand, you pretty much get to where you want, whenever you want. But from a philosophical standpoint:

Part of the experience is the journey getting there.

Anyway… if you’ve read carefully, even though there is a light overtone to this post, there is a somewhat deeper implied undertone of high school insecurities that I chose not to get into. Feel free to share your stories, of course. Are there any anime super powers you wish you had?

I create stuff in my mind, and try to barf it out onto tangible mediums such as Photoshop, and video game art. Sometimes, I get paid to do it because I'm a freelance artist working in the video games industry. Getting paid to do what I love (video games, and art) is my dream come true!
Nuclear Fusion – Kagamine Rin Owns Your Soul
2010-08-27