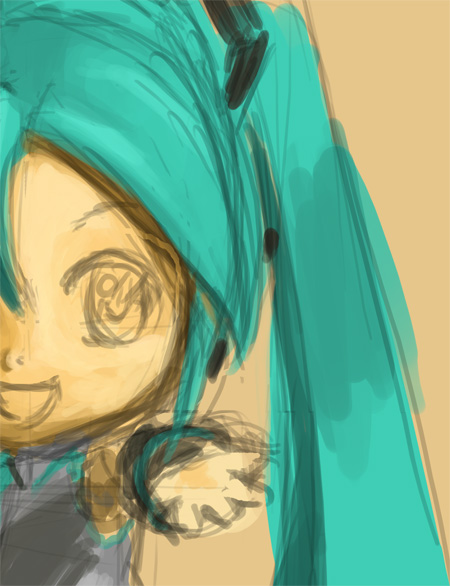 I’ve been looking back at my own artwork again, and since I haven’t painted in a long time, decided to try some exercises.

I want to move more towards realism, in whatever way I can, and try to create things that are unique in both anime and realism – a hybrid as you may have heard me talk about it before.

One thing that I did want to improve upon was understanding light and shadow more. So I did a couple of exercise studies and painted a few things that I saw on my desk. It wasn’t very fun until I decided to give Miku a try.

The cool thing about Nendoroids is that they are very simple and clean in shape, making their features very easy to define. I figured that if I was to do some studying, I should have fun doing it. 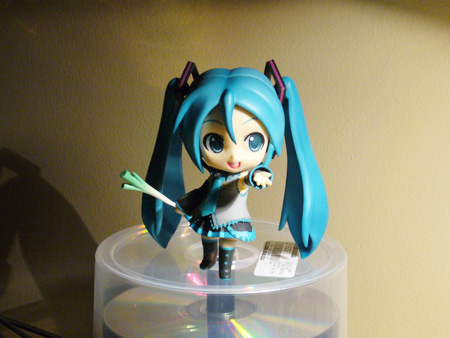 This is a retrospective photo that I took after I was finished painting. The photo looks way darker compared to what it actually looks like. The color is also off. Miku’s hair is more green than blue. Overall, it’s not an accurate representation, but there it is anyway. 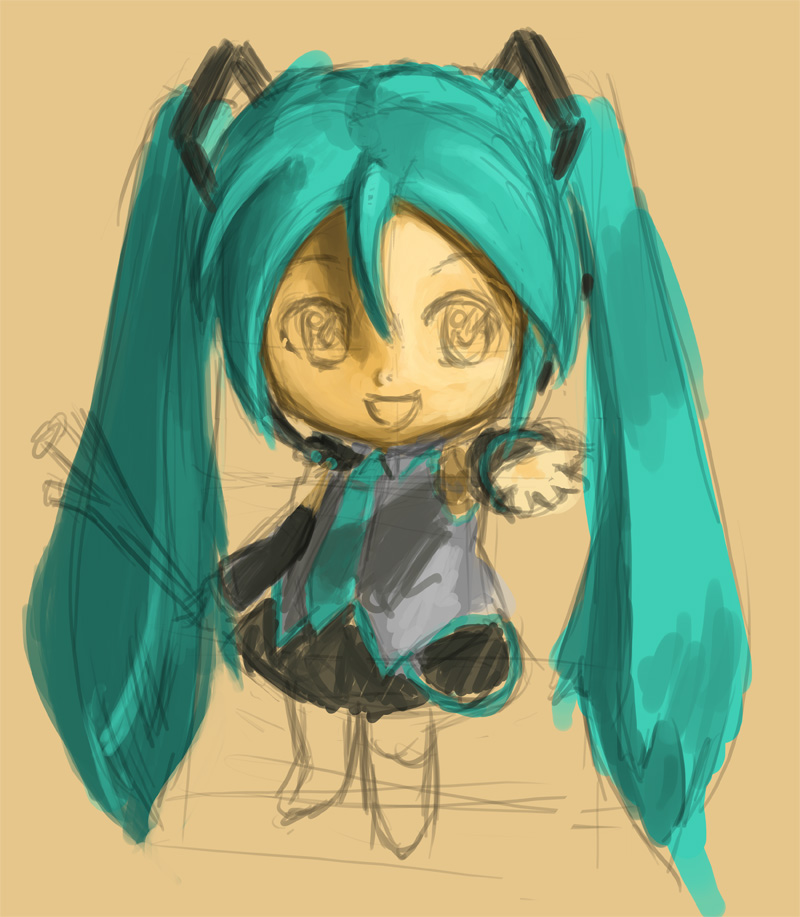 I started off as usual with a rough sketch. I had full intention of discarding the sketch, but it’s important to have one so that when you paint, you retain the shape. 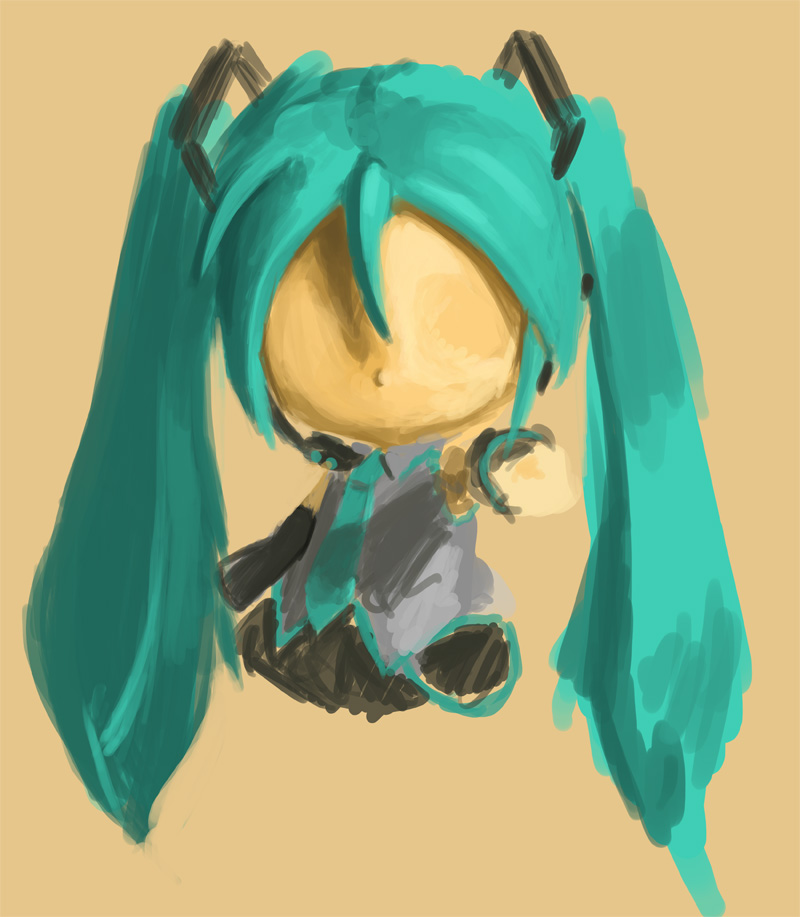 Here’s some rough color. I tried to block in as much of the shadows as I could, studying how dark and how light things appear in relation to each other. Already, we’re starting to see some form and depth. 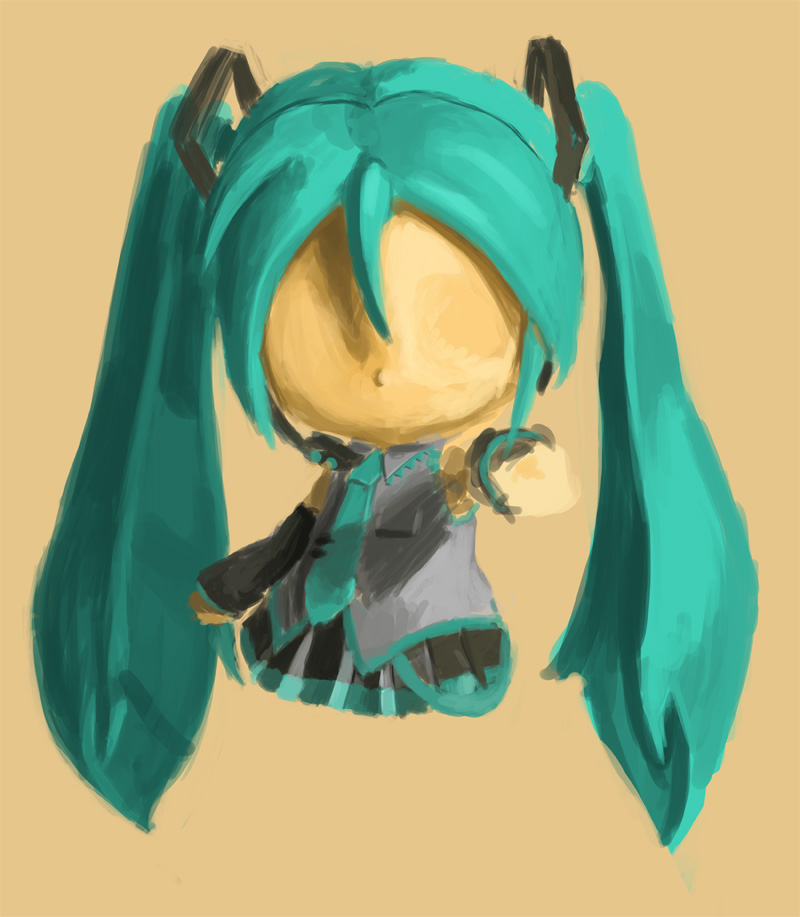 Some refinement begins to take place. I had a lot of trouble with the pleated skirt, and trying to make the hair appear concave on the inside. 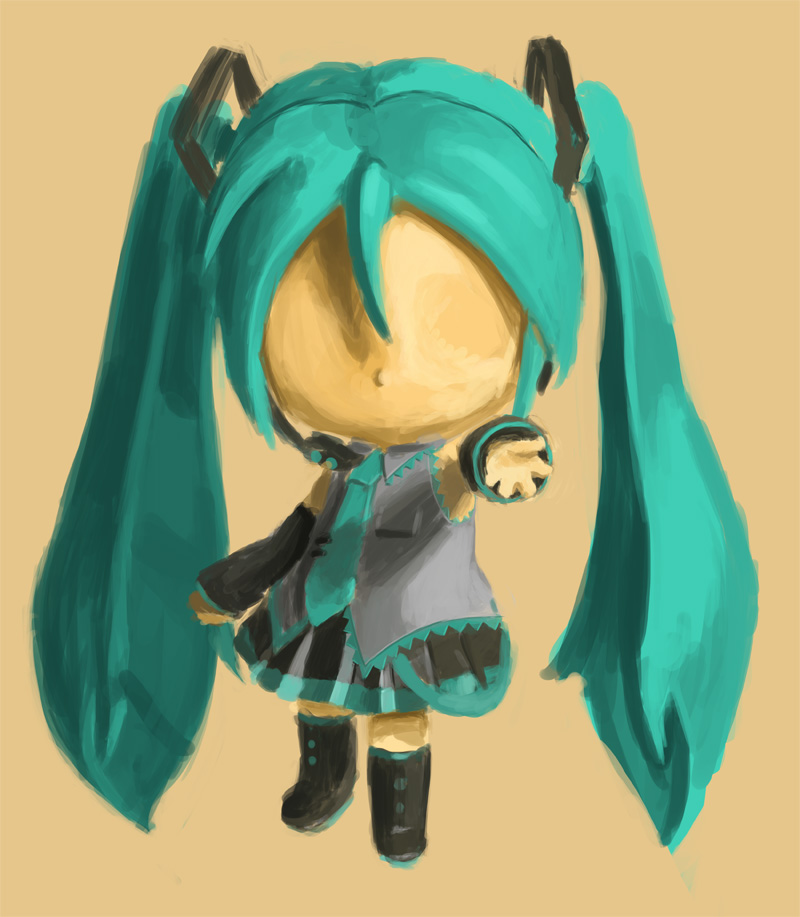 Cleaned up some more and added legs. Of course she needs legs! 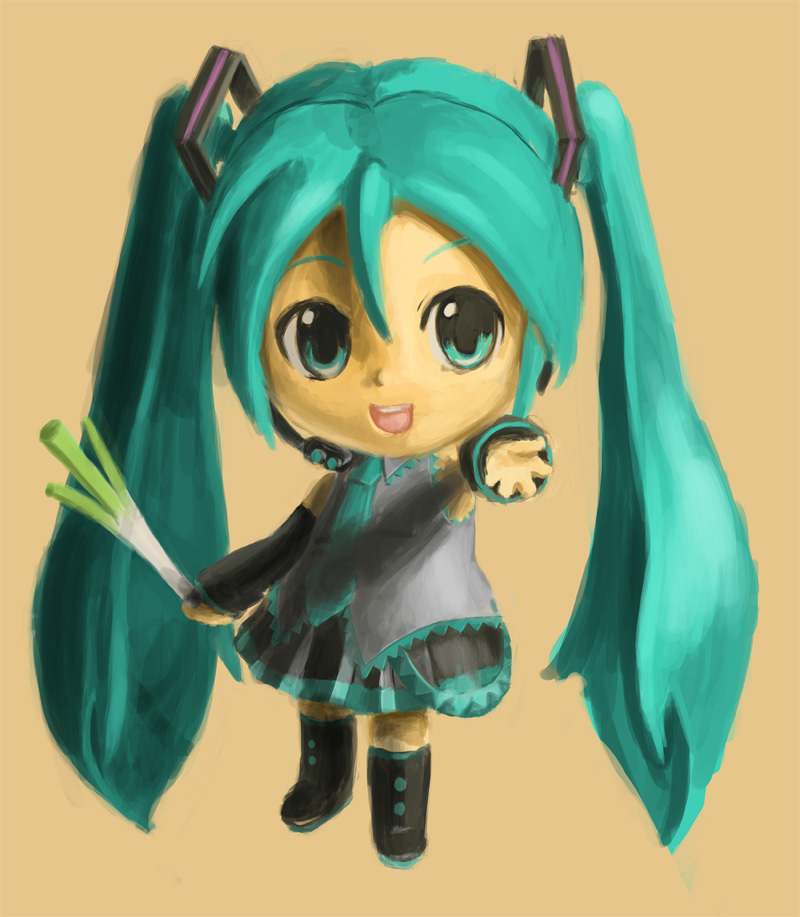 Did some more refining of the shapes and shadows, and added Miku’s face. I decided to put the face on a separate layer, and it turns out I was wise to do so, as I made some significant tweaks to the facial structure later.

At this point, you can kind of already see how the light and shadow are working to bring a bit of photo-realistic depth to the image, but it’s still looking a bit flat. 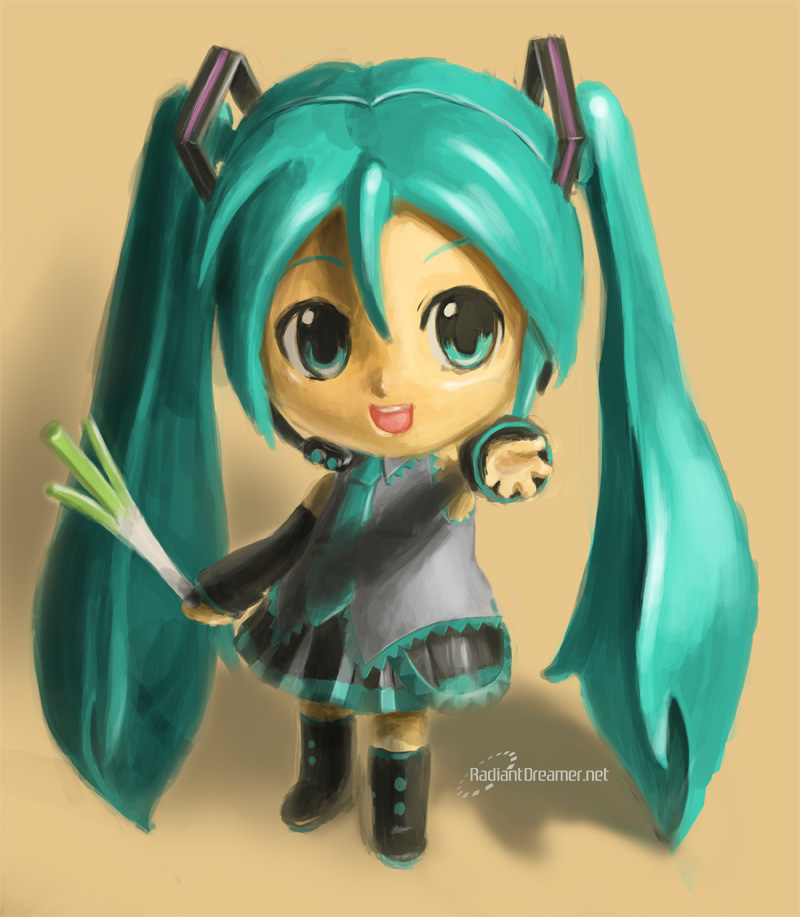 After 4 and a half hours of painting, the end result! I relocated the nose, and added saturation to the mouth, and added highlights and deeper shadows to really bring depth to the painting.

Even though it’s still a little off here and there, I’m pretty happy with the result. Not bad for a true first attempt at painting an object digitally. 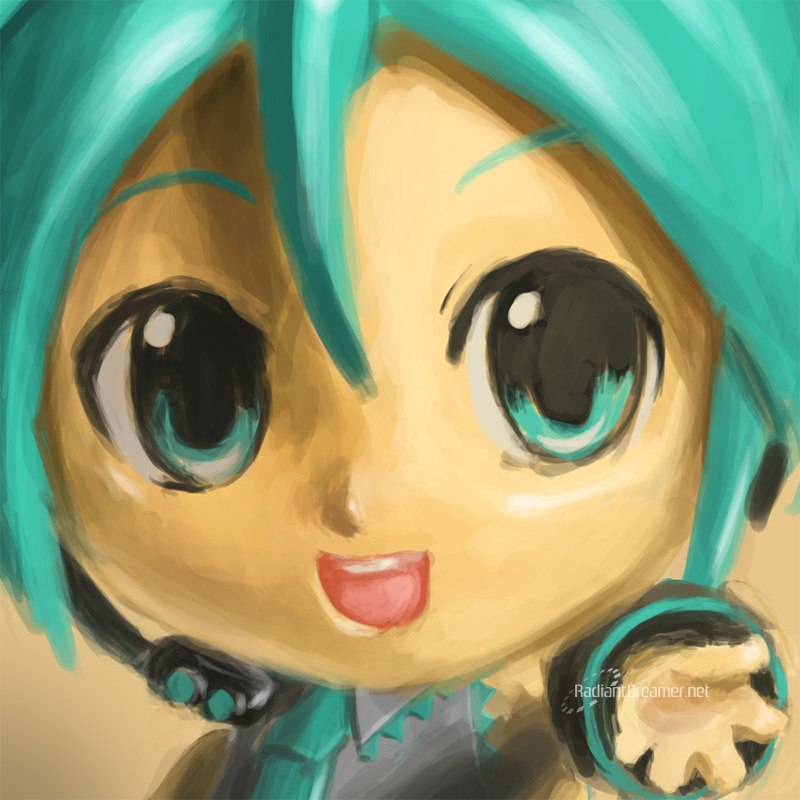 Well, that’s another post. Hope you enjoyed my painting! Hopefully many more to come!

I create stuff in my mind, and try to barf it out onto tangible mediums such as Photoshop, and video game art. Sometimes, I get paid to do it because I'm a freelance artist working in the video games industry. Getting paid to do what I love (video games, and art) is my dream come true!
Where’s Radiant?
20,000 HITS!!! UNREAL!!!