I never thought that this would ever happen to me, but it looks like I’m overloaded. I suppose everyone in their blogging life will do this eventually. My new Super Secret Project is underway, but I think I’m behind in it. If you’ve been paying attention to some specific game forums, you may already have an idea what this project is. Put 2 and 2 together! 😀

Mice Heist is pretty much done now, but we’ve been looking for a marketing team to help us push our game. It’s gonna cost us quite a bit of money (I’m talking two year’s worth of anime figures based on my current buying rate)

Not much has happened this week, since nowadays I spend 90% of my time inside my house. I’ve only opened the door twice, and that’s to pick up mail from the mail lady. I’ve been ordering so many figures and stuff that she knows me now. “Another scale model?”

Actually, three times this week. One of them was a box of BBQ grills from my warranty. They sent me a whole new set for free! The cost of shipping was probably over $50! I had no idea what it was and it caught me by surprise. Even the mail lady was like “You’ve forgotten what you’ve ordered haven’t you!”

Indeed I had, since I didn’t recall ordering any figures THAT heavy. I told her what it was when she came by with another package the following day.

The other two packages that arrived were from amiami and hlj; Xecty Military Version and Tsugumi Nendoroid respectively.

At that point, I became overwhelmed with the feeling that I have too many figures. I began snapping pictures of my collection for a future blog post, but decided that blog post might come sooner than expected. The reason being is this: 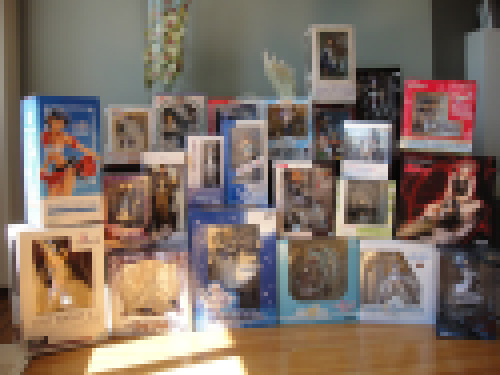 These are A LOT of boxes, and this is maybe just 1/3 or less of the figures I own. I’ve blurred them intentionally for the time being. But it’s fun to guess what things are, right? 🙂 Just know that these could be yours.

On and off these past couple of weeks, I’ve been writing a particular blog post. It probably won’t see the light of day until maybe after this month, but it is coming along well. A quick excerpt from it:

Some people like to hit as many blogs as possible, add them to their RSS readers, skim through those blogs and leave generalized one-line comments. Their purpose is to generate awareness and readership to their own blog. This tactic generally works. However, it’s not really appreciated…

I apologize if it sounds controversial; it’s really taken out of context. If you can figure out what this statement means, then expect something that may help you in the future.

I haven’t played very much video games this week either, but have put in a few more hours into Resonance of Fate. 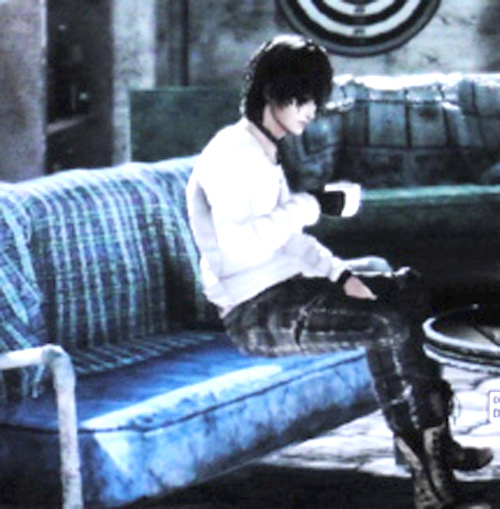 L enjoying a good brew on his break.

It took some time, but I’ve managed to get to 20-3 in the Arena, and started on the infinite experience points exploit. The Golden Gem monster in there regenerates scratch damage rapidly and does little to no damage to you, which makes it possible to grind your machine-gun levels like crazy. After hooking up Double EXP and Double Terminal Effects to the arena, Leanne went from machine-gun lvl24 to lvl41 in 15 minutes flat. She’s now level 70 overall. Since it’s a one-time only battle, after I’m done, I just escape rather than kill the Gold Gem.

So, now that I’m busy as heck, I’m probably not going to post anything the following week. Maybe even the week after. It kinda sucks that I can’t blog next week, but well being busy means I’m making some money, and that’s always a good thing.

I create stuff in my mind, and try to barf it out onto tangible mediums such as Photoshop, and video game art. Sometimes, I get paid to do it because I'm a freelance artist working in the video games industry. Getting paid to do what I love (video games, and art) is my dream come true!
Dental Time! Another Megapost!
Random Photos 2