The latest news to come from the interwebs, Moé Passion blog owner, punynari (who has a lot of money), has gotten GoodSmile Company to create a nendoroid of his mascot, Sakura-Chan! 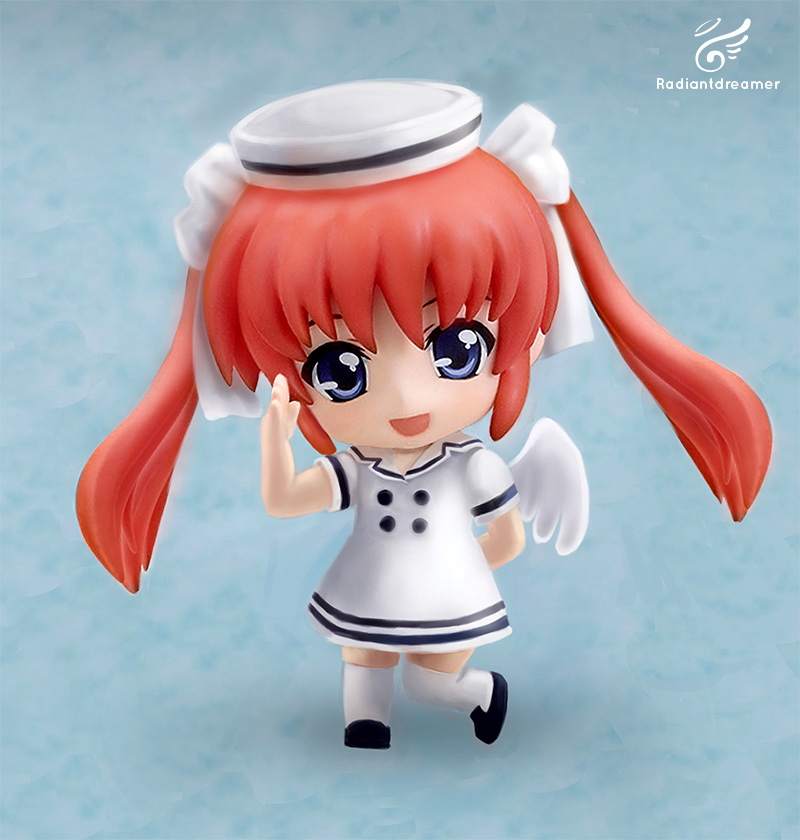 I guess if you’ve read my Mirai Nendoroid post, you’ll know that this isn’t real. ^^

It’s something that I did for punynari, and I had a lot of fun doing it.

A couple of years ago, I participated in a mascot contest run by Moé Passion blog owner, punynari. The task was to create an illustration featuring his mascot and guardian angel Sakura-Chan. Punynari claims he has no artistic talent, and assembled the unique attributes and characteristics of his mascot using a program.

I found his design quite compelling, especially the backstory he wrote for her. I believe that art doesn’t require one to know how to draw, but more how effective one is able to express their ideas in whatever medium is available to them. In that, I found punynari very creative and talented. The uniqueness of Sakura-chan spurred me to draw this for his contest: 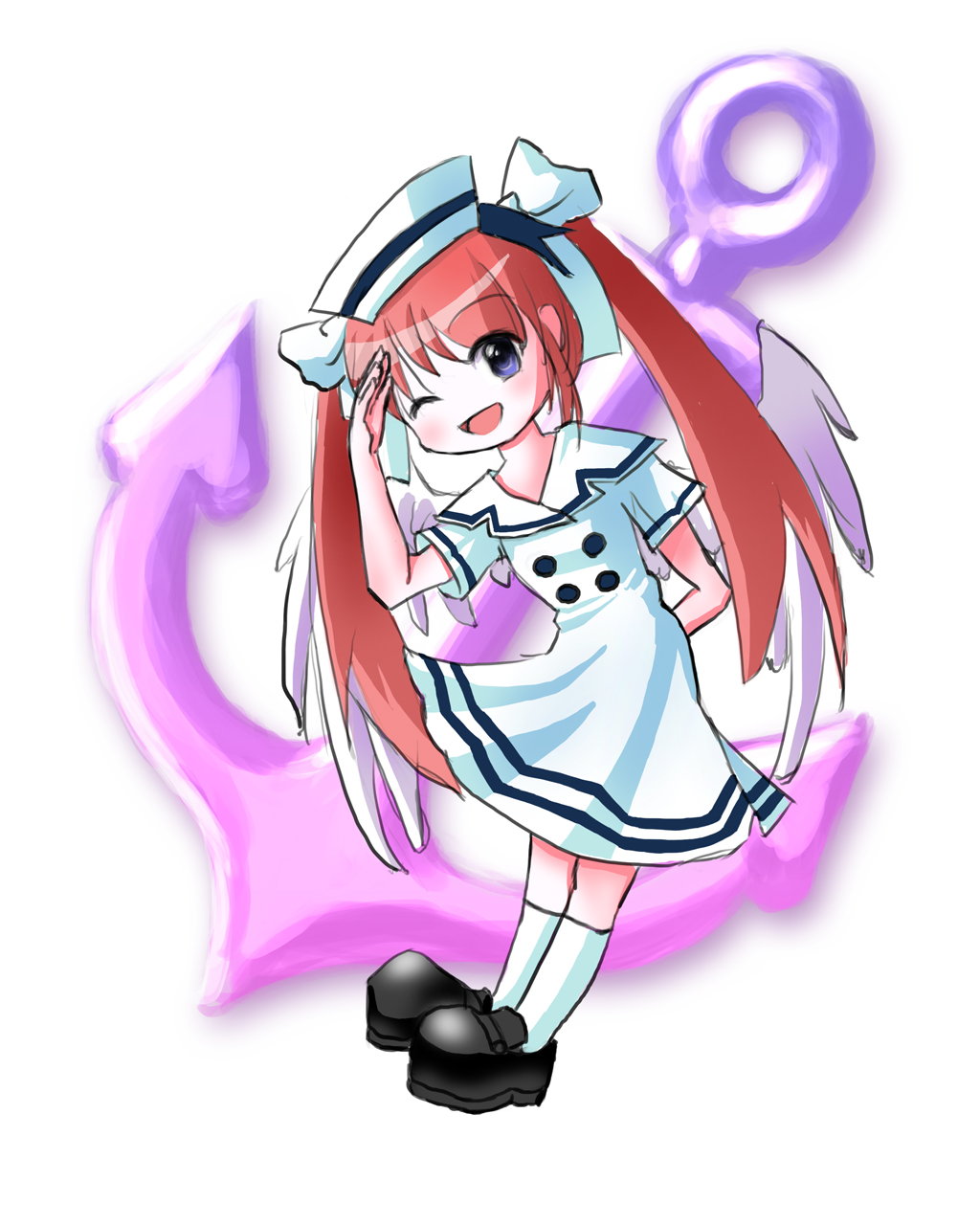 He’s been using this illustration as his avatar ever since. You may have seen her around! 🙂

A couple of weeks ago, I was just chatting with him on twitter, and he made an interesting request. He really liked what I did with the Mirai Nendoroid, and really wanted a nendoroid version of his mascot. He knew that this wasn’t really possible for him, so the next best thing would be to photoshop one together. 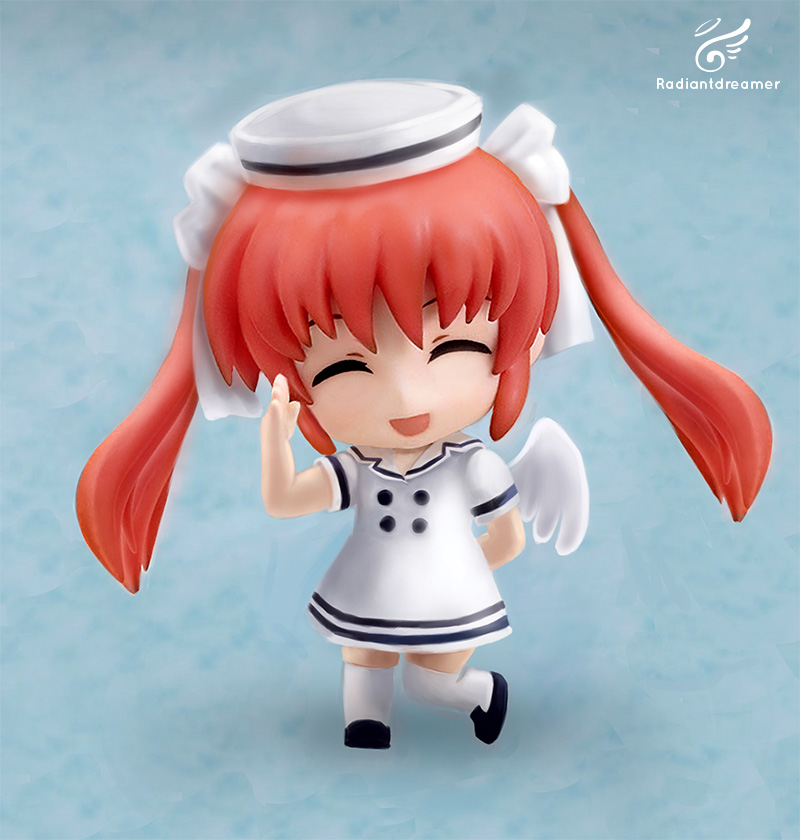 It wasn’t easy, but I did have a lot of fun doing it. I had originally thought I could create the majority of Sakura-chan using existing nendoroid parts, but after sifting through all the nendoroid photos I could, I discovered that there wasn’t a whole lot I could utilize, especially for the pose that I had in mind.

In the end, I was only able to use a face, a hand, one twin tail, and part of a dress. Everything else had to be created from scratch (IE, painting). The hardest thing to do of course is trying to get the painted parts looking like real photo parts.

Watch the youtube video to see how I created this!

What got me pumped about Sakura-chan was punynari really put thought and care into creating her. She’s a guardian angel, protector of sailors at sea. This is heartwarming and inspiring, because punynari is enlisted in the Navy. He’s gone through a lot, and traveled a lot, and in a way, Sakura-chan guards and protects him, helping him through the tough times. 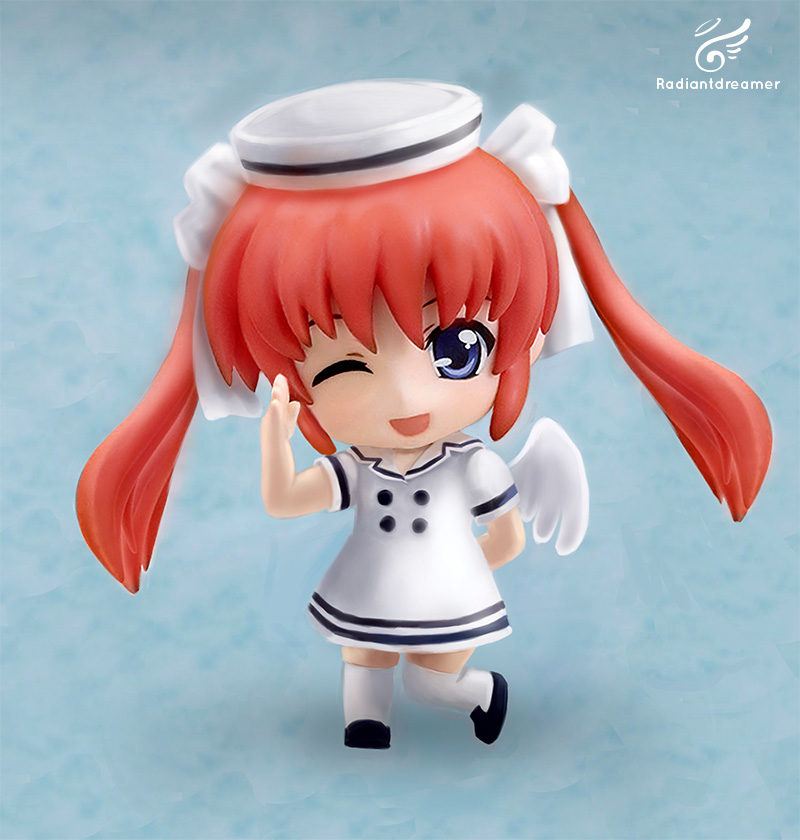 Moé Passion isn’t just about anime, figure collecting, and traveling. It’s about punynari’s travels. It’s his diary, and your eyes into the life of a naval officer seeing the world, with Japanese and anime culture in his mind. If you haven’t yet, go check out his blog. His Anime Pilgrimages are particularly interesting.

Spread the word about Moé Passion and RadiantDreamer by sharing it below:

I create stuff in my mind, and try to barf it out onto tangible mediums such as Photoshop, and video game art. Sometimes, I get paid to do it because I'm a freelance artist working in the video games industry. Getting paid to do what I love (video games, and art) is my dream come true!
Collateral Damage Studios Contest
How to Draw Better Line Art