Temptations of a Witch

So a few weeks ago, I received my Selvaria. Being a huge fan of Valkyria Chronicles, this was a figure I highly anticipated. There was another Selvaria by Enterbrain, but I thought it sucked. I’m glad I held out and Alter released this beauty. 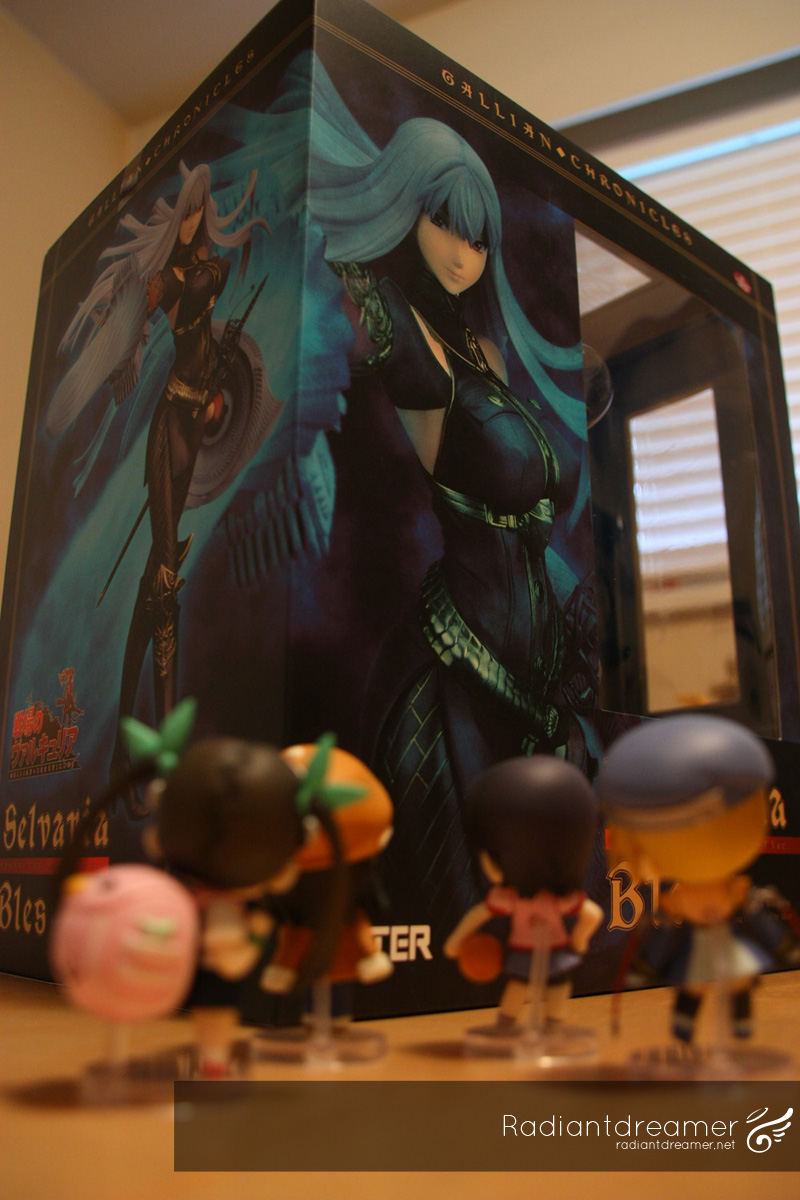 I was shocked at the size of the box. Still doesn’t beat the Fate Testarossa box, but it’s comparable. 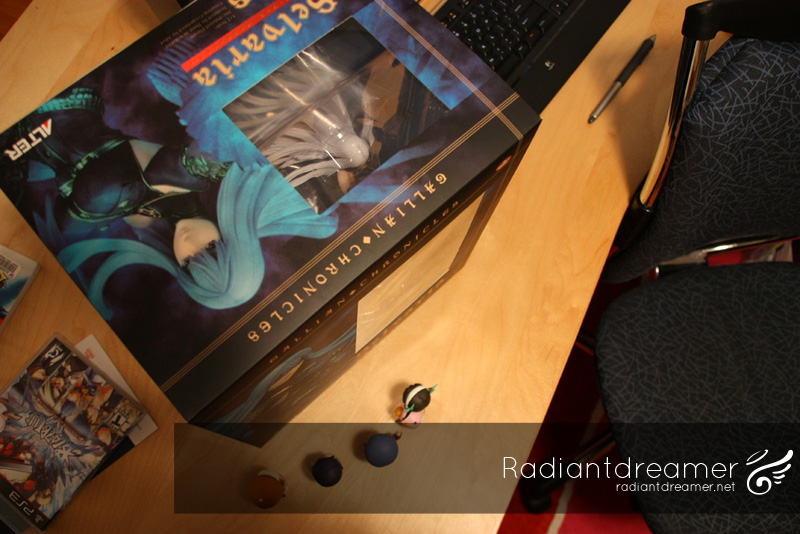 These nendoroid petits are dwarfed severely in comparison to the awesome size of this box. 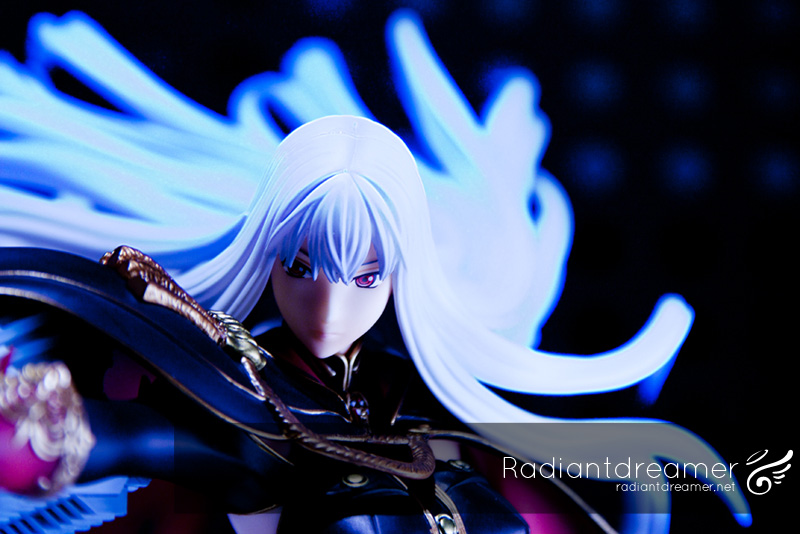 No photoshops this weeks. I haven’t yet thought of anything cool yet. Just playing with the RAW files instead. 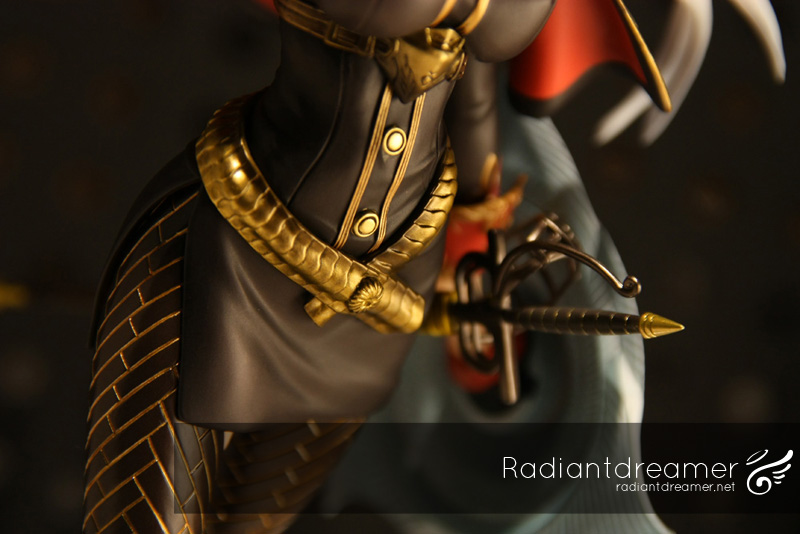 The detail of this figure is incredible. I’ve said that for many figure reviews, I know, but I do mean it. 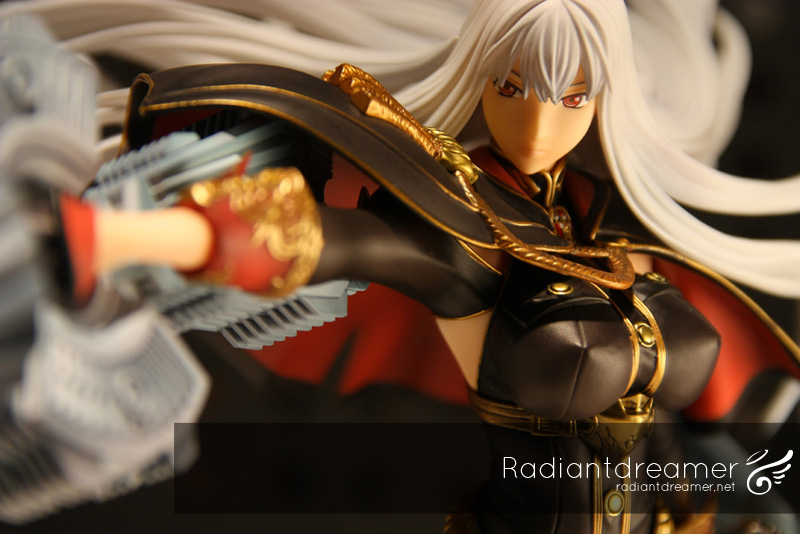 The one thing that I’m not 100% happy about would be her face. It looks a little too friendly in comparison to her video game counterpart. Since I haven’t watched the anime, I’m not sure if they’re following that version or not. Still, that’s not really a complaint, since the face looks great anyway. They did get her breast size correct, it seems. 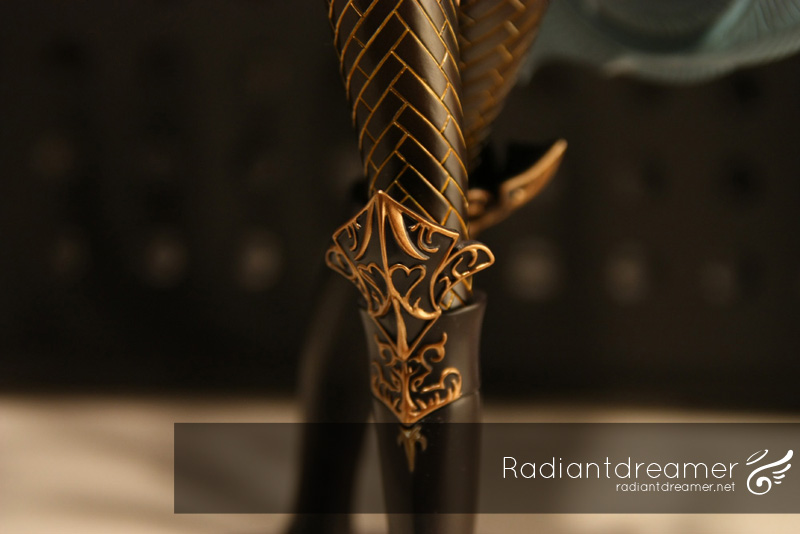 I really like the detail on this knee-guard. It reminds me of Lineage II characters. How do they sculpt all that detail in there, eh? 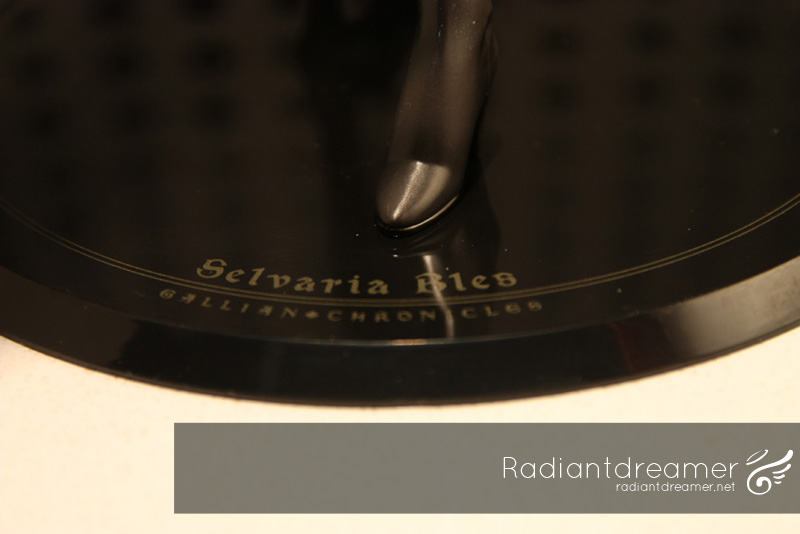 The text seems pretty boring in comparison to the rest of the figure. In fact, I’m a little disappointed that they didn’t do anything special for it, like the Saber Lily base or something. Regardless, it’s classy enough unlike Kotobukiya bases. 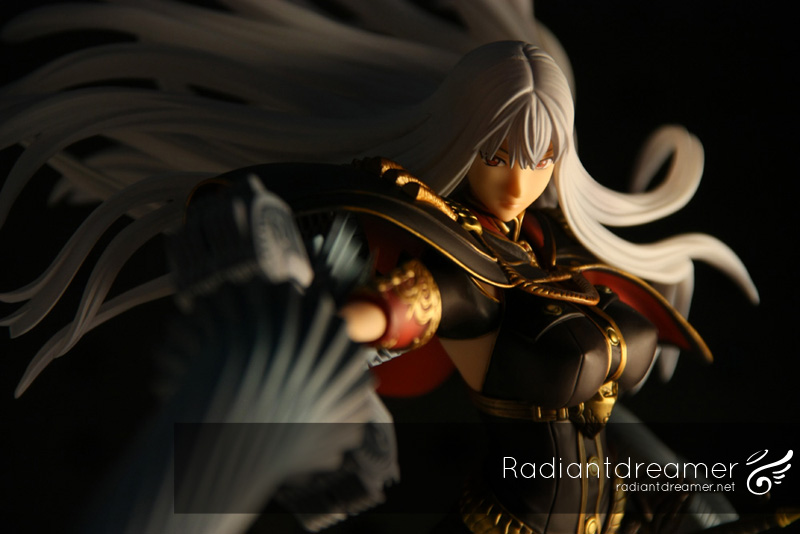 Like I said, her face appears a little too soft for her personality. 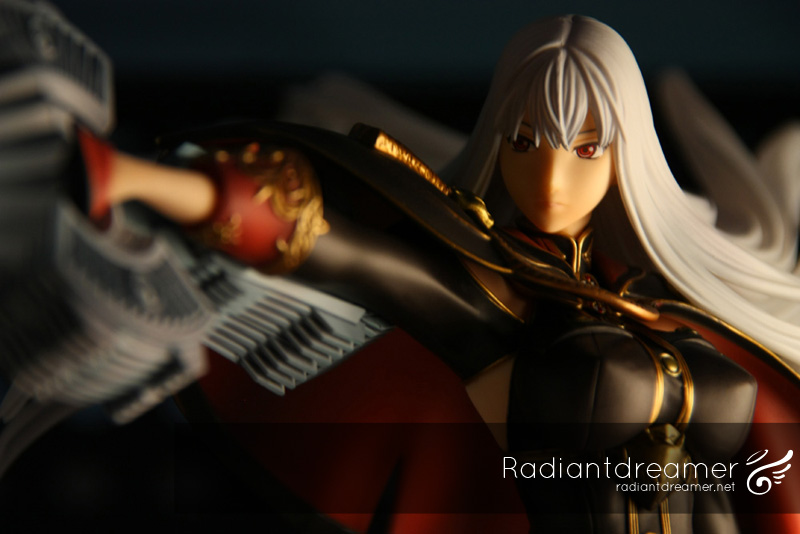 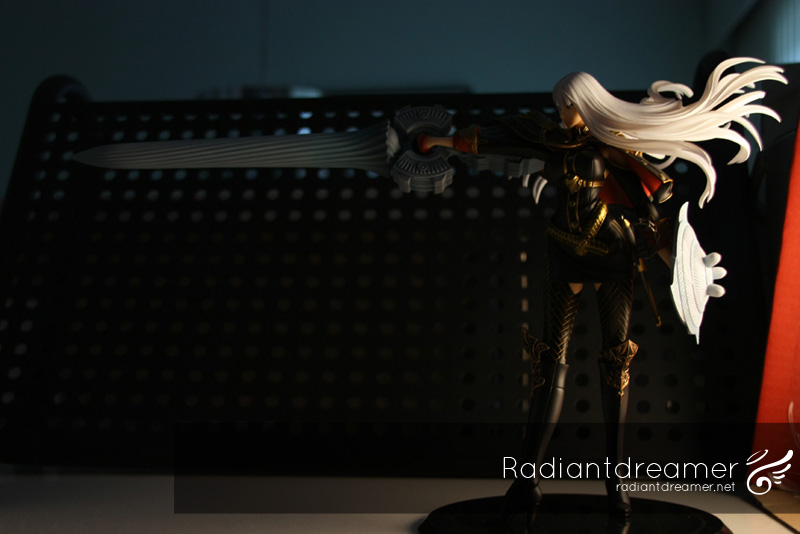 The entire length of the figure including the lance. I have to say that this angle is not very flattering at all. She’s obviously not meant to be displayed this way. 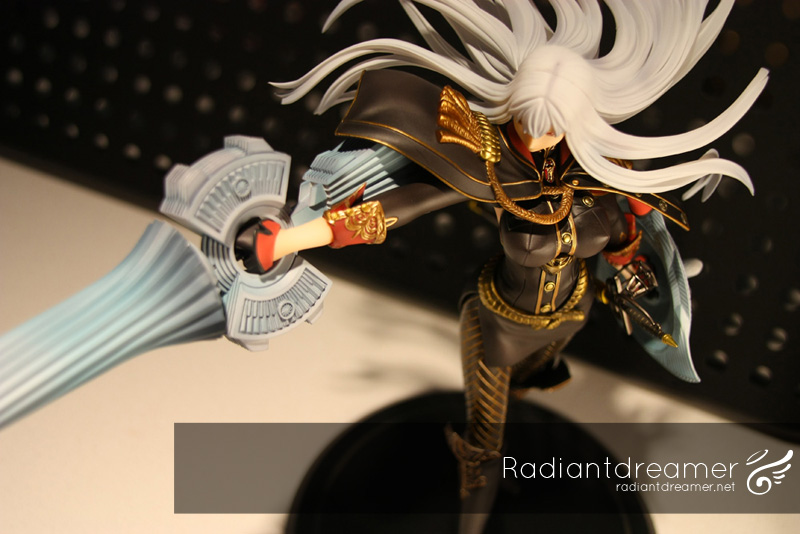 The lance tucks nicely under the cape. To hold the lance this way and actually cause any sort of damage seems impossible. I wonder how it’s done in jousting. Regardless, she uses it mostly to shoot energy projectiles. 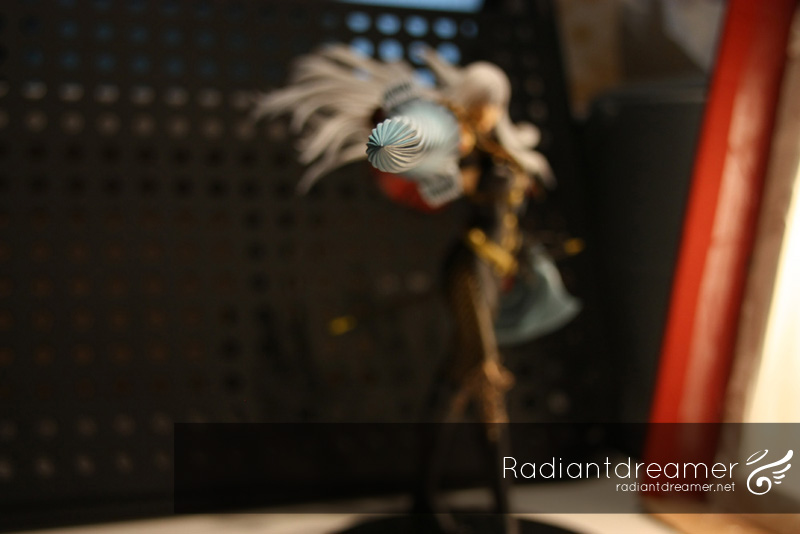 I cannot even begin to emphasize how awesome the lance is. It’s huge and very long. So long that you get incredible bokeh when you focus on the tip. 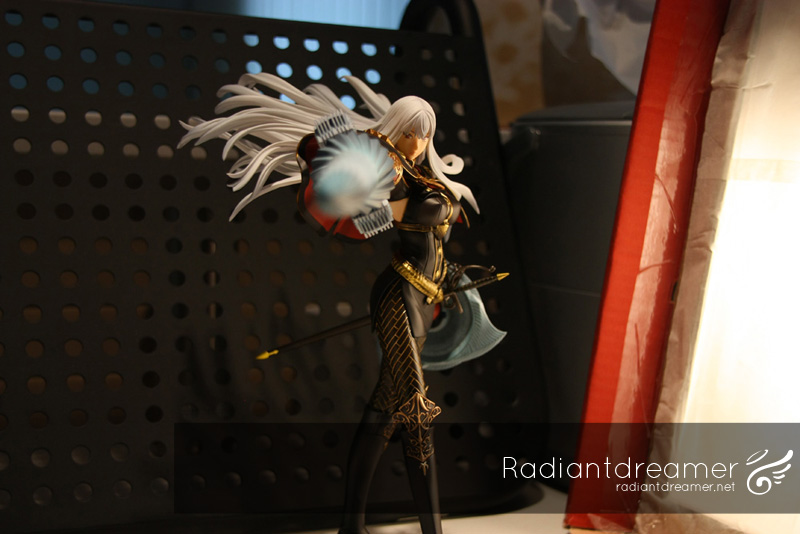 Likewise, you can see how much the lance blurs when focusing on Selvaria. 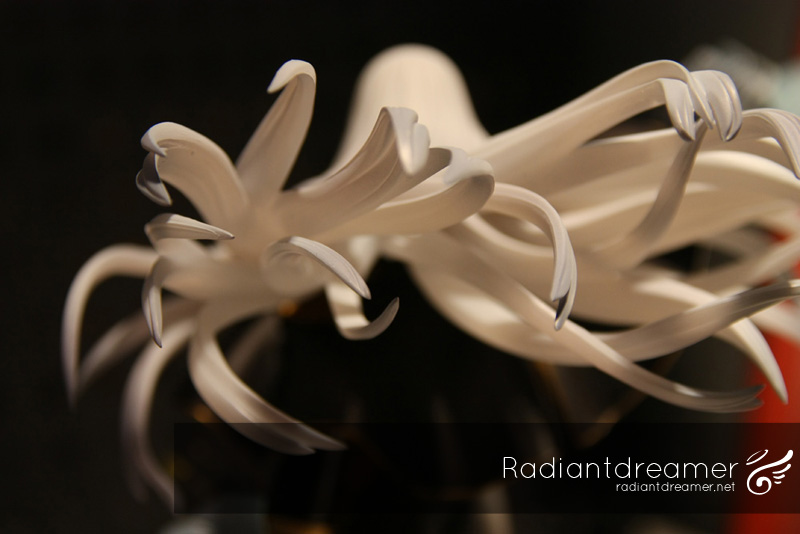 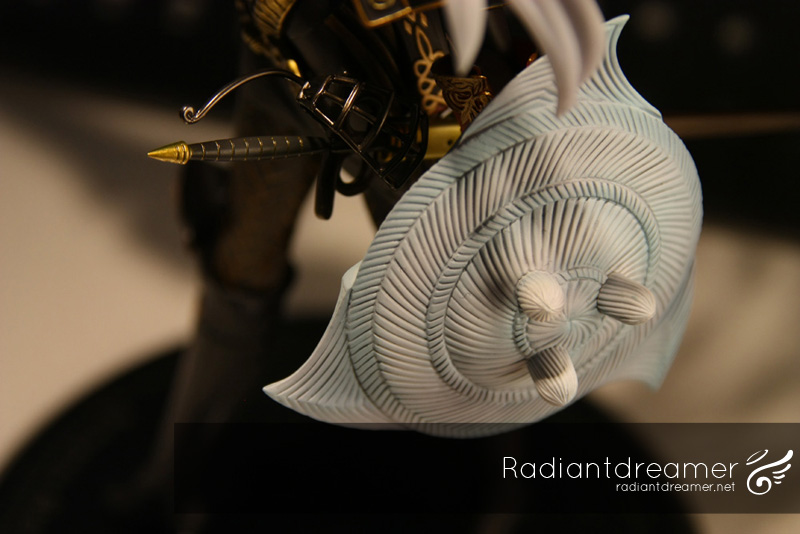 Designed to spec, this is the Valkyrian Shield. I can’t say I am fond of the Valkyrian weapons. The design is a little strange… but then again, it’s got a Laputa/Nausicaa ancient weapon kind of feel to it, which is what they’re supposed to be anyway. 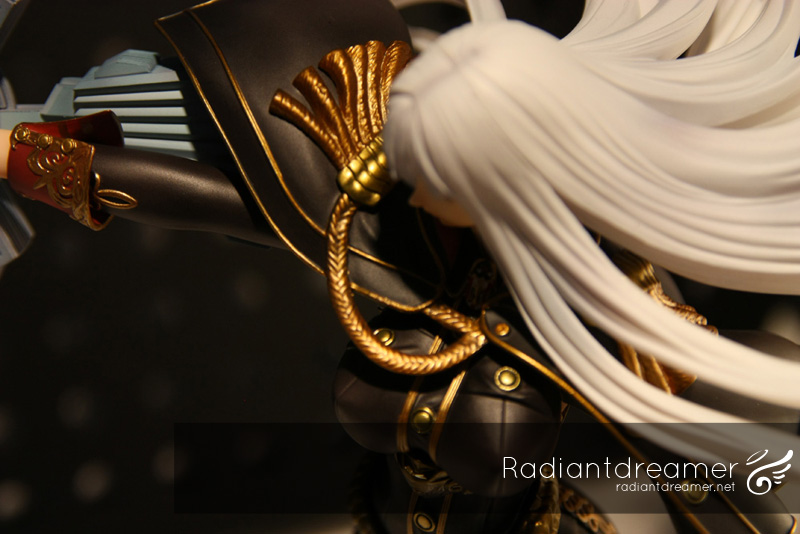 Thinking back, Valkyria Chronicles didn’t really hit it big in North America. The reactions on NeoGAF were mostly luke-warm. Many of the posters said “I’ll pick it up when there’s a price drop.” while everyone else was desperately trying to convince these people to buy it NOW NOW NOW! I was one of those in the second camp. 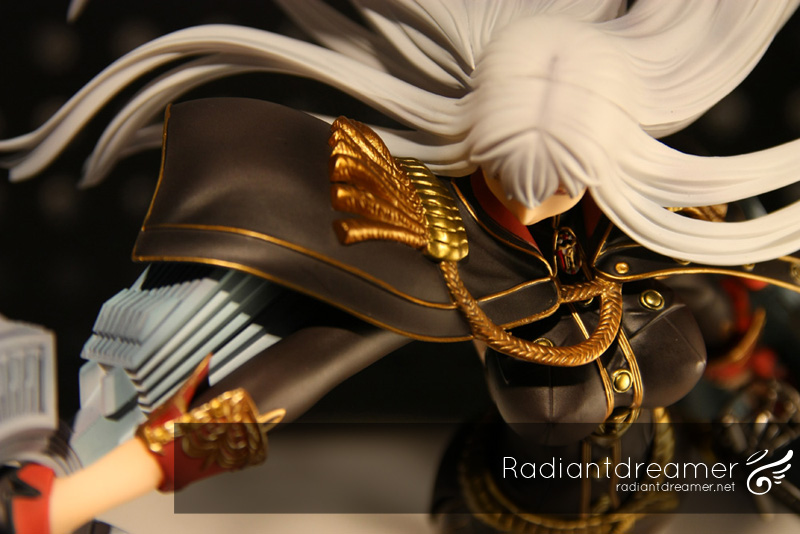 Valkyria Chronicles was EPIC. When I first played the demo, I was in the first camp of “maybe I’ll buy it later.” but after reading a video review of it, I was immediately sold. It was unfortunate that it seemed Sega wasn’t expecting it to sell well either – they underprinted. Canada was completely dry. This was a country-wide shortage.

I lucked out and managed to snag a copy on amazon before it sold out. I think these were the 2nd run prints. 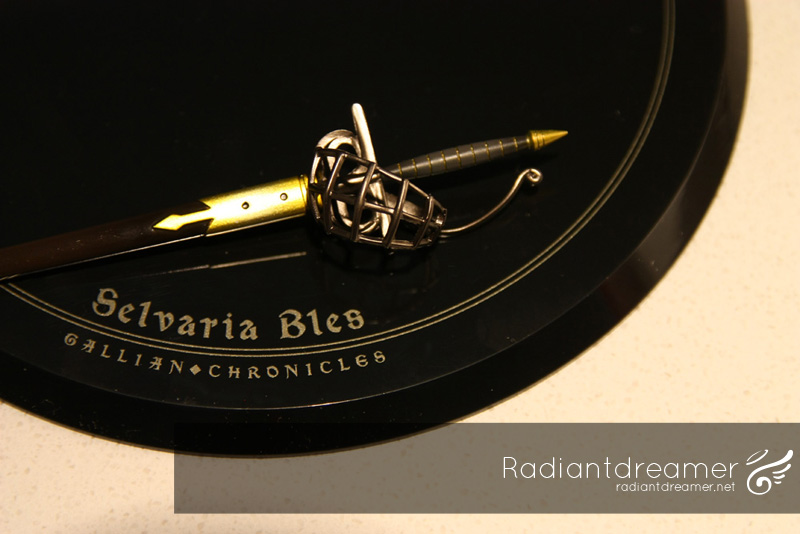 Very fond of her cutlass. I’ve never seen her use it – I’m guessing that it’s mostly ornamental. 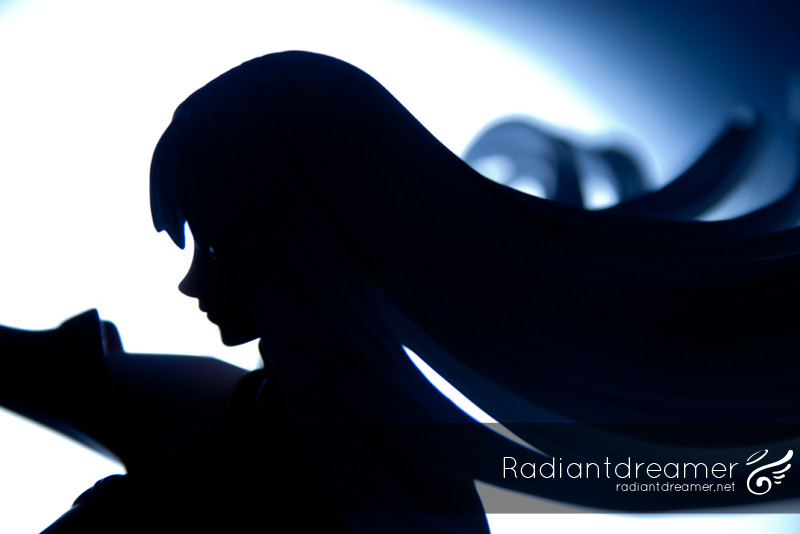 When I finally got my copy of VC1, it was pretty much the ONLY game I played on my PS3 until completion. Every single stage introduced something new to the table, and every single stage had a mid-level event that forced me to change my strategies. This really rocked. 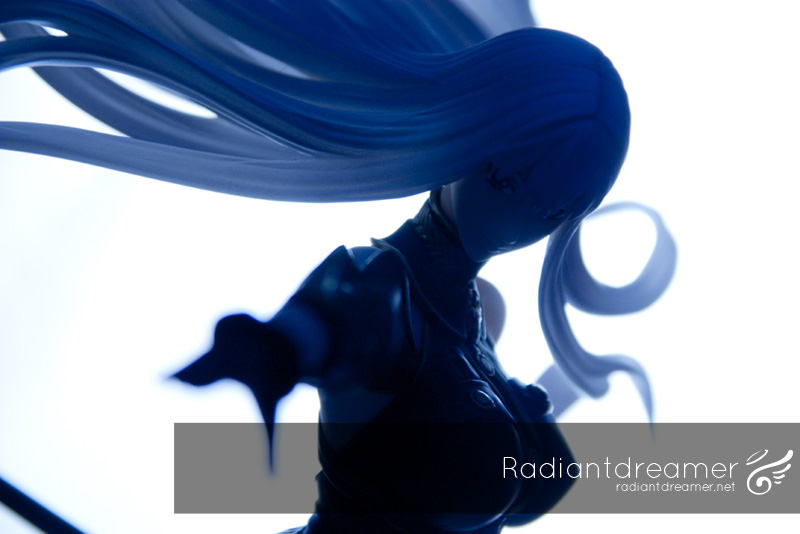 I really loved the characters too. They weren’t too trope-y, and provided great opportunity for some decent story-telling. I was immediately converted to preaching how great Valkyria Chronicles was. I managed to convince quite a few people to purchase the game. 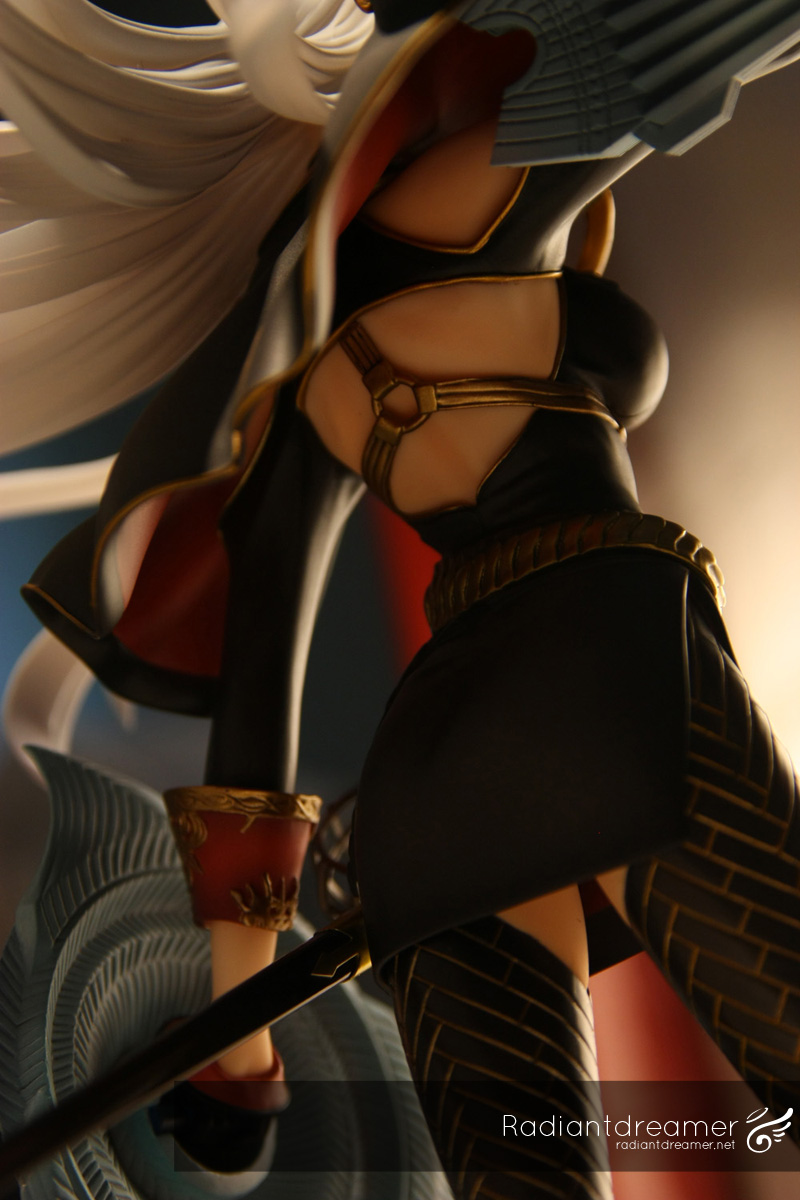 Everyone’s reaction on NeoGAF and the friends I convinced reacted the same way: “I wish I had bought this game sooner! This game is worth every penny!” 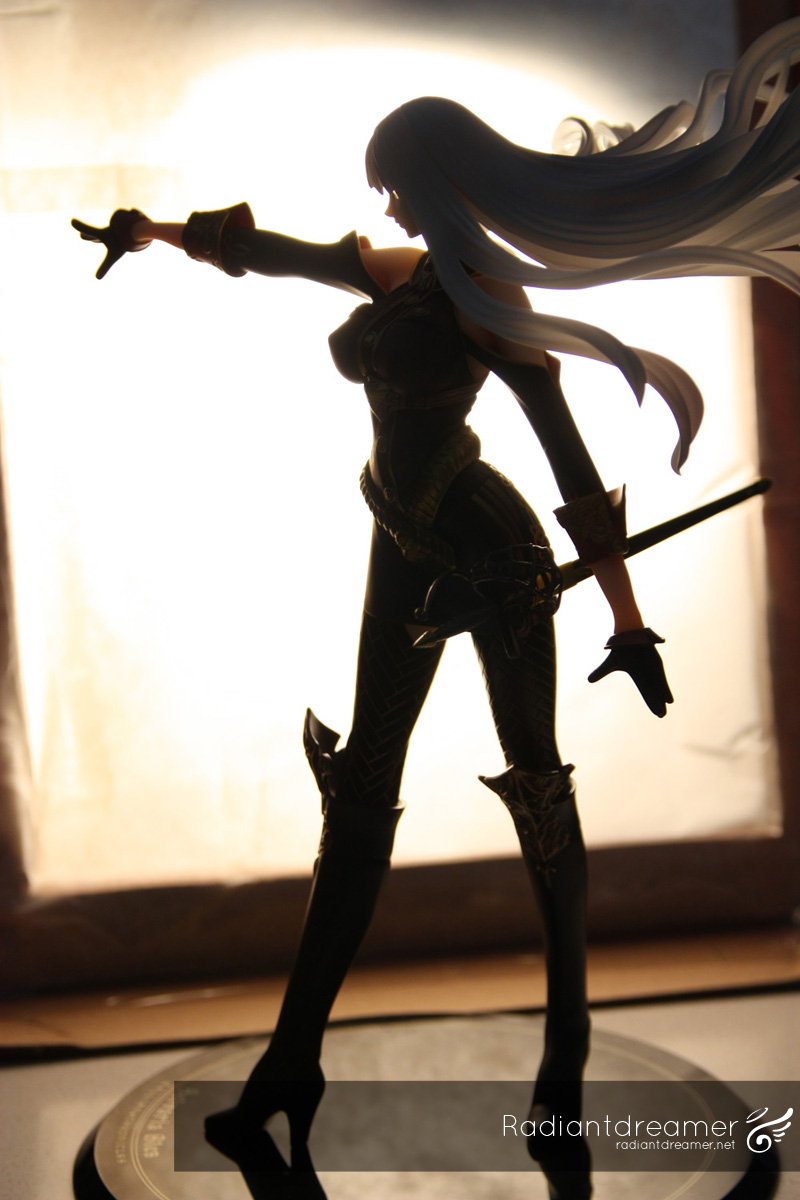 Recent Alter figures have been including optional parts. Alter never did this before. I don’t know what has actually caused them to do this. It works great for this figure, since the removable parts don’t create seams, but not so much with Momohime. Tier’s review explains. 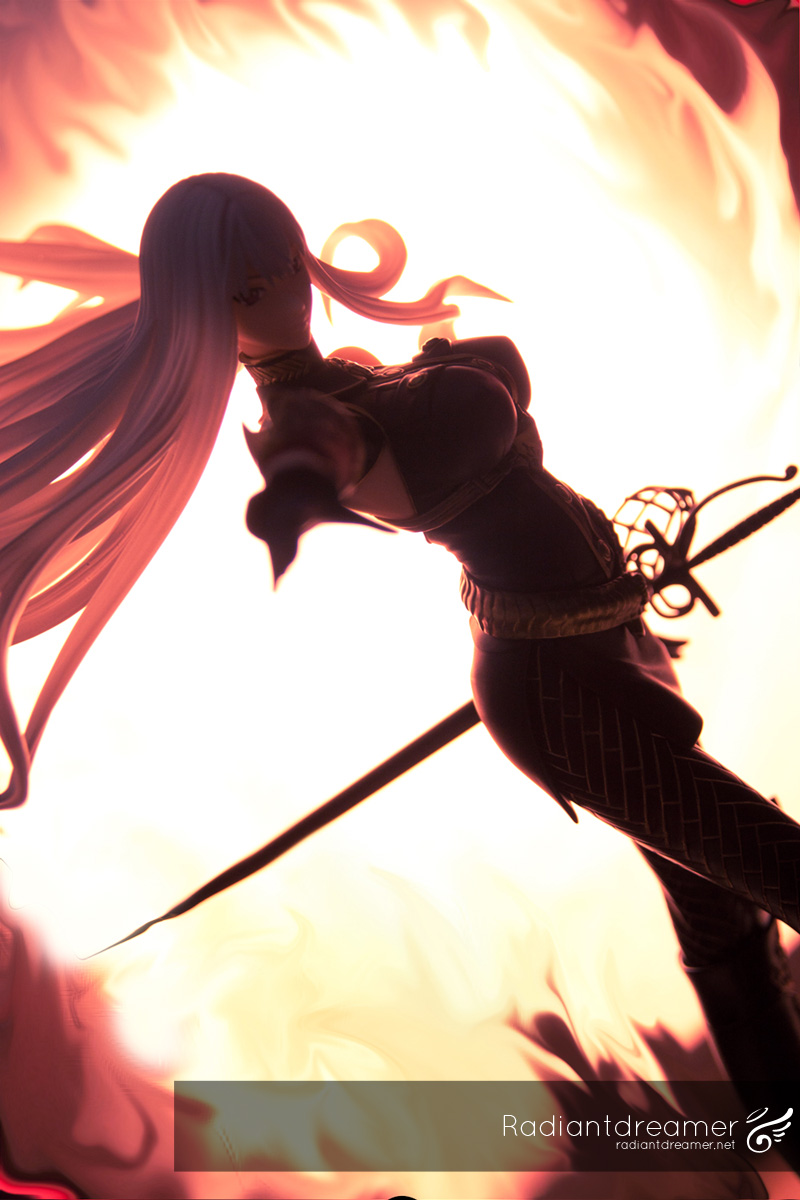 Recently, there has been a large influx of VC1 games in the pre-owned section at Gamestop/EBGames. The price for it is decent too. If you haven’t tried VC yet, now is a great time. 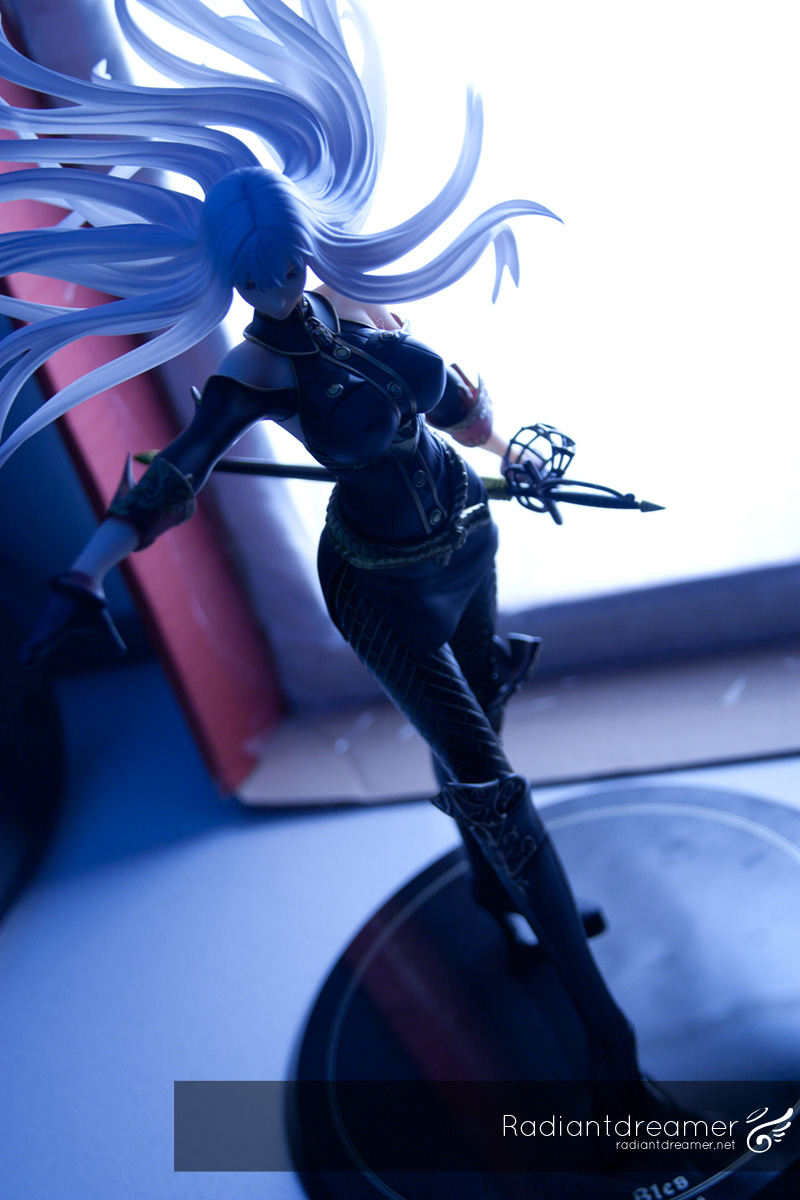 While Valkyria Chronicles was my game of the year, Selvaria here comes incredibly close to my figure of the year. There have been some pretty darn awesome figures this year, so it’s by no means unworthy.

If you don’t have a PS3 and instead want to play VC2 on PSP, be warned that a HUGE spoiler takes place that may ruin your VC1 experience in future (or not, depending on how much you care about the story). Over all, even though VC2’s gameplay mechanics are improved, I still prefer VC1’s epic and elaborate stages more.

Honestly, if you haven’t experienced VC yet, this is a good time to start. At that price point, it’ll probably be the best money you’ve spent. I know it sounds like I’m trying to peddle this game, but I really did enjoy it immensely, and think that more people should own this game – if not for the pure enjoyment, then for the sake of localization of future JRPGs.

I create stuff in my mind, and try to barf it out onto tangible mediums such as Photoshop, and video game art. Sometimes, I get paid to do it because I'm a freelance artist working in the video games industry. Getting paid to do what I love (video games, and art) is my dream come true!
Accessorize! Distinguishing Character Design
Heaven or Hell? Capitalists and Zombies