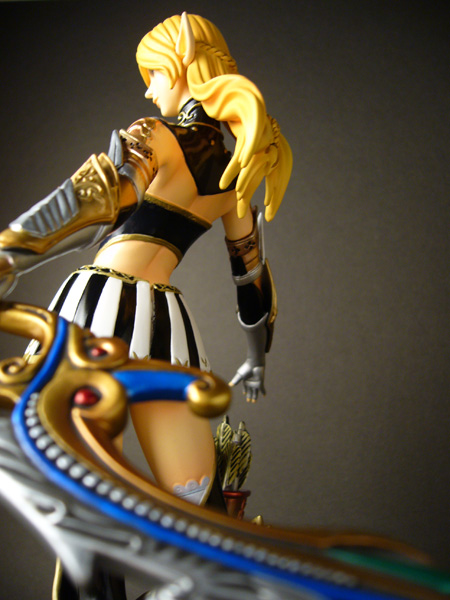 So at one point in time, I was on a resin spree, and had purchased three resin statues all over the place. One of which was the Gothic Devil Girl, from HobbyFan, the Asuka on Motorcycle from e2046, and finally this much anticipated Elf Ranger. I had originally missed out on the first run of this prepainted beauty. As you know, I’m a sucker for elf girls. So when this was suddenly open for a second production run, I jumped on it without thinking. Was it worth it? Read on! 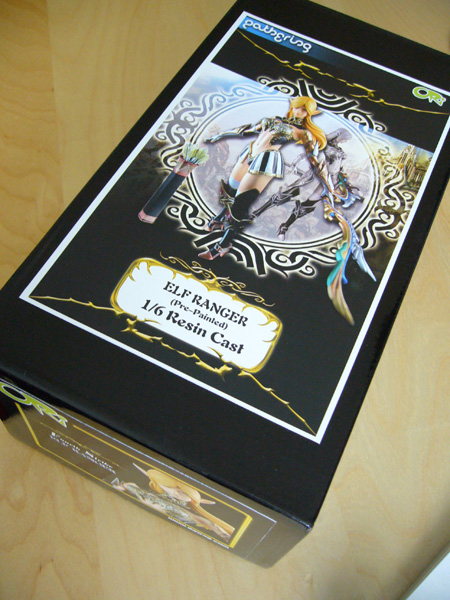 First off, the box. This is some good quality stuff here just from the box! The box is very sturdy, with a nice gloss finish. The picture on the front and on the bottom are actually stuck-on labels (but also high quality). I’m guessing they mass produce these boxes and just put the labels on for which ever figure they need. 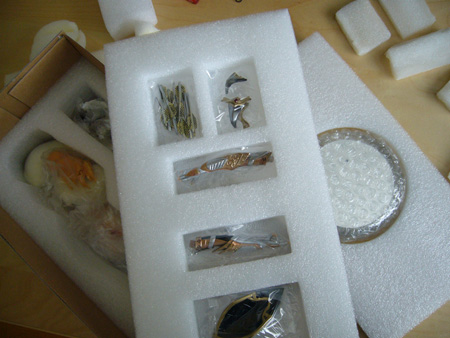 Inside, each piece is individually packed, plastic wrapped, and topped with a soft foam cover. Some assembly required, but that’s quite the packaging! 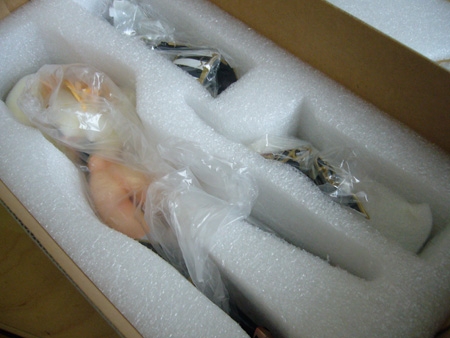 There’s something to be said about a blonde elf girl lying face down with her naked ass in full view. Then again, maybe there isn’t. 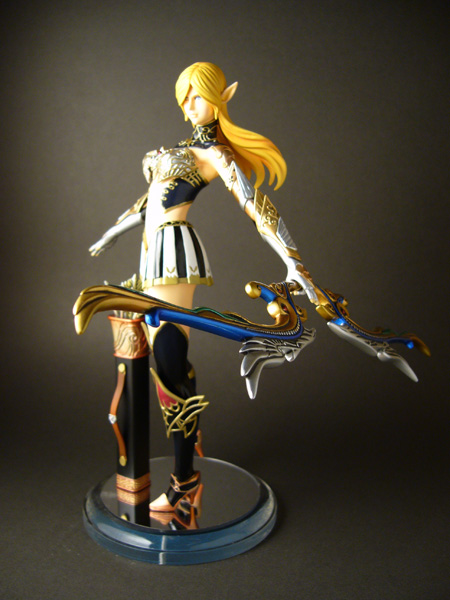 So here she is, in full assembled glory. Took me a good half-hour to do it. She comes with a mirrored base, if pervs want to look up her skirt. Though there’s really nothing to see except full armor undies. The detail is exquisite for this figure, and the pose is like a ballerina dancing on a floor of ice (at certain angles). 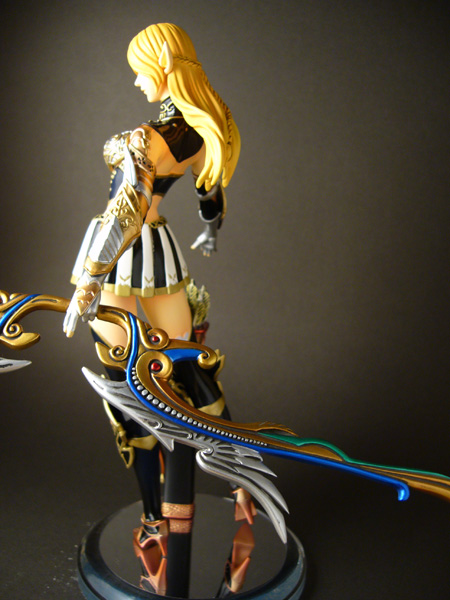 As this is a complete custom sculpt, I appload Ori for an absolutely excellent job. The flawless paint job was done by Gathering, and shows the attention and care that went into each one of these even though they probably had to paint a tonne of them. I’m sure the people painting it had fun (maybe for the first couple or so). 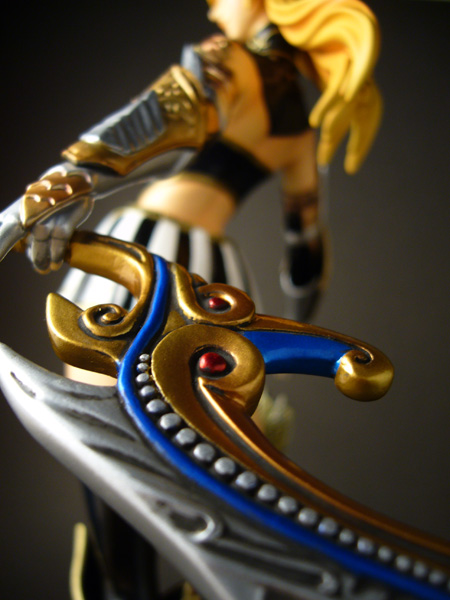 Absolutely fabulous detail on the bow! Getting a hand-painted figure is almost like getting the prototype version of a PVC figure. Stunningly perfect detail and craftsmanship has gone into this, for sure! The design of the bow is a little hokey, and would have preferred something a little less clunky looking – this bow looks more elegant than practical. 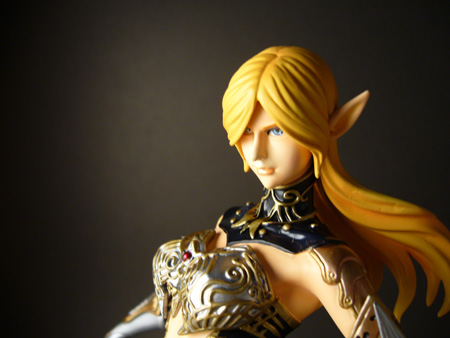 The only thing that I’m not super fond of, is her face. While it’s very well sculpted, the proportions don’t really scream “elf girl” to me. She looks very caucasian, which is fine, but the features seem a bit rougher than what you’d figure an elf girl would look like. 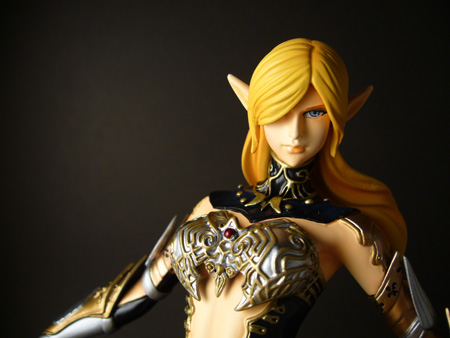 Also, the expression on her face isn’t very gentle. Her lips are pouty, and that’s always good, but it’s the eyes. Perhaps they were trying to go with the same feel as the Lineage II Dark Elf? It misses the mark and doesn’t seem to fit the rest of the figure’s pose. 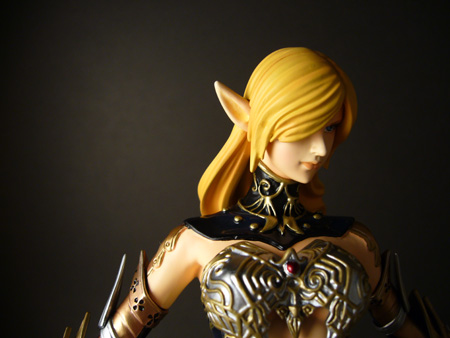 This angle shows a bit more profile. You can see how much the nose sticks out. You’d think that an elf would have a smaller, more sprite-like nose. I blame the fact that it’s asians trying to sculpt an elf. I’ve seen some of Ori’s asian-influenced kits, and they look very asian. 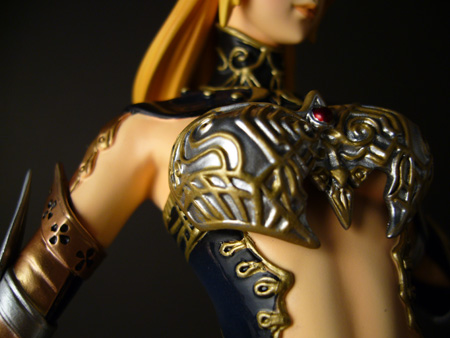 Excellent detail in the chest armor. You should probably be aware that the chest plate is removable, revealing a very naked set underneath. Why this feature was made, I have no idea. Doesn’t make practical sense to me other than for pleasing the perverts. I won’t be displaying her bare-breasted, that’s for sure. But you can imagine the awkward situation you would be in if one of your friends was looking at it and it accidentally pops off, Lucy Lawless style! 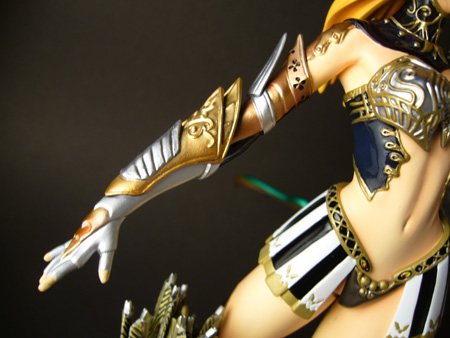 Excellent detail on the arms! Can I stop talking about the detail for just once? Obviously not. I love how the shiny metal areas actually look like shiny metal, and not painted plastic trying to look like metal. 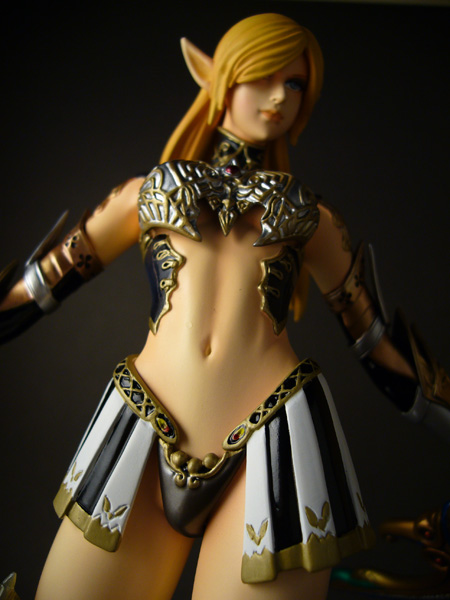 A brain-fart shot. I don’t know what happened… but at least you can see a closeer shot of the front. 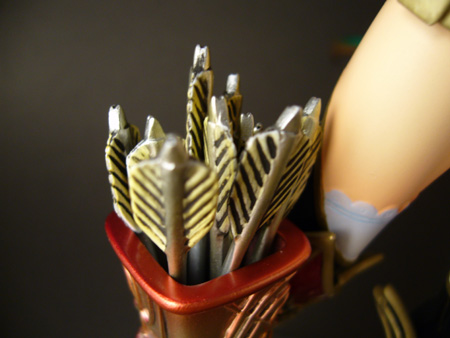 A quiver of arrows! This was apparently a “bonus gift” for ordering. 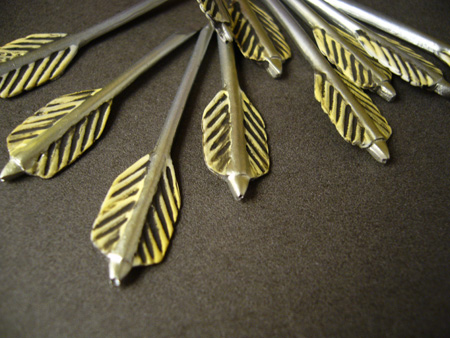 That’s right! Each arrow is removable from the quiver! How cool is that?! Not so cool when you keep accidentally tipping the quiver and they all spill out. 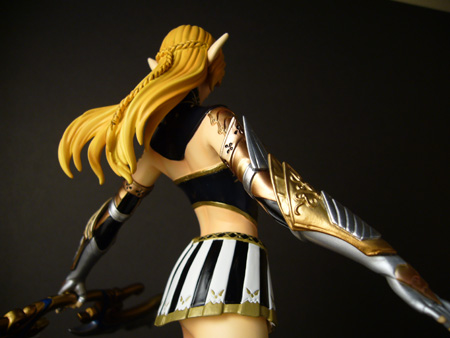 A lovely view from the back. The only thing really worth mentioning that hasn’t been mentioned yet is the beautiful hair blowing in the wind, and that lovely gentle braid. Such detail! 🙂 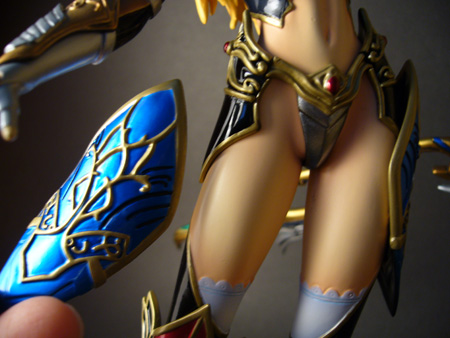 Did I mention her completely removable skirt can be interchanged with different armor? I guess not… Did I mention that all the removable parts are MAGNETIC?! That’s right! There are no unsighly holes or tabs! She really knows how to attract! 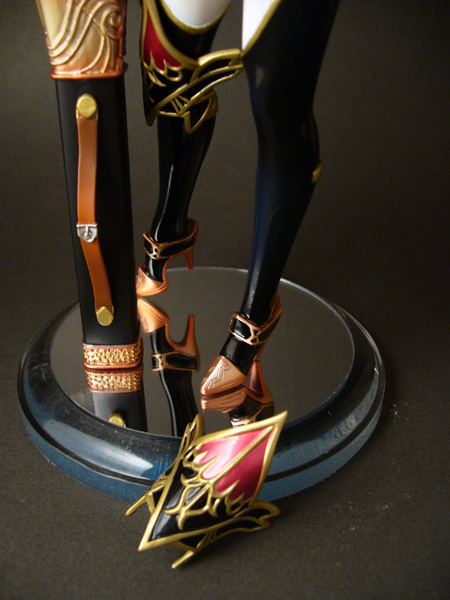 Her knee armor is removable too, if you decide not to use it. The detail on those heels are stunning. The copper look to them is utterly realistic looking. I kind of wish they were able to get the same effect with the gold. Honestly, the knee armor is the poorest done out of the whole thing. The red doesn’t work. The gold is too overpowering. 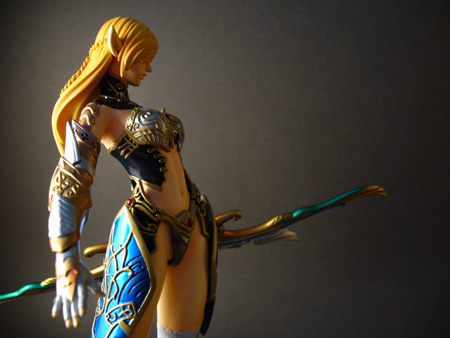 I personally like this armor much more. It feels more complete. Notice that her undie-armor is also differently shaped. While the skirt version has only a front piece (meaning the back is naked), this version has two pieces – a front and a back. It also has two “hip armor plates” that hook up with the undie armor, and then the blue plates on top of that. 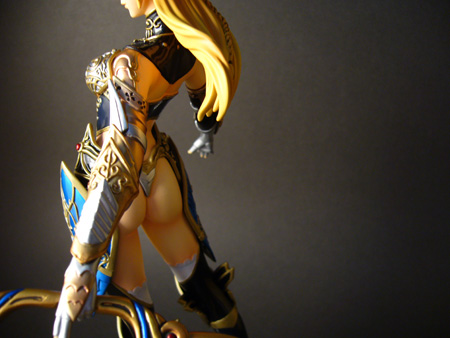 The back part of the undie armor is also a separate piece and is also magnetic. Though I prefer the look and style of this armor, I’m not so keen on the butt showing like that. Fortunately, when she’s on display, you can’t really see that back part of her. There isn’t a whole lot of detail there anyway.

At the end of it all, I would have to say that this figure is astounding. Completely original, professionally painted, with exceptional detail, I would consider it one of the best purchases I’ve made in terms of my figure collecting life. It did cost me a pretty penny though. No photoshop image this time, but I hope you enjoyed my sharing this with you!

I create stuff in my mind, and try to barf it out onto tangible mediums such as Photoshop, and video game art. Sometimes, I get paid to do it because I'm a freelance artist working in the video games industry. Getting paid to do what I love (video games, and art) is my dream come true!
It Seemed Like a Good Idea at the Time…
Expressing Otakuism Proudly … Without Looking Like One