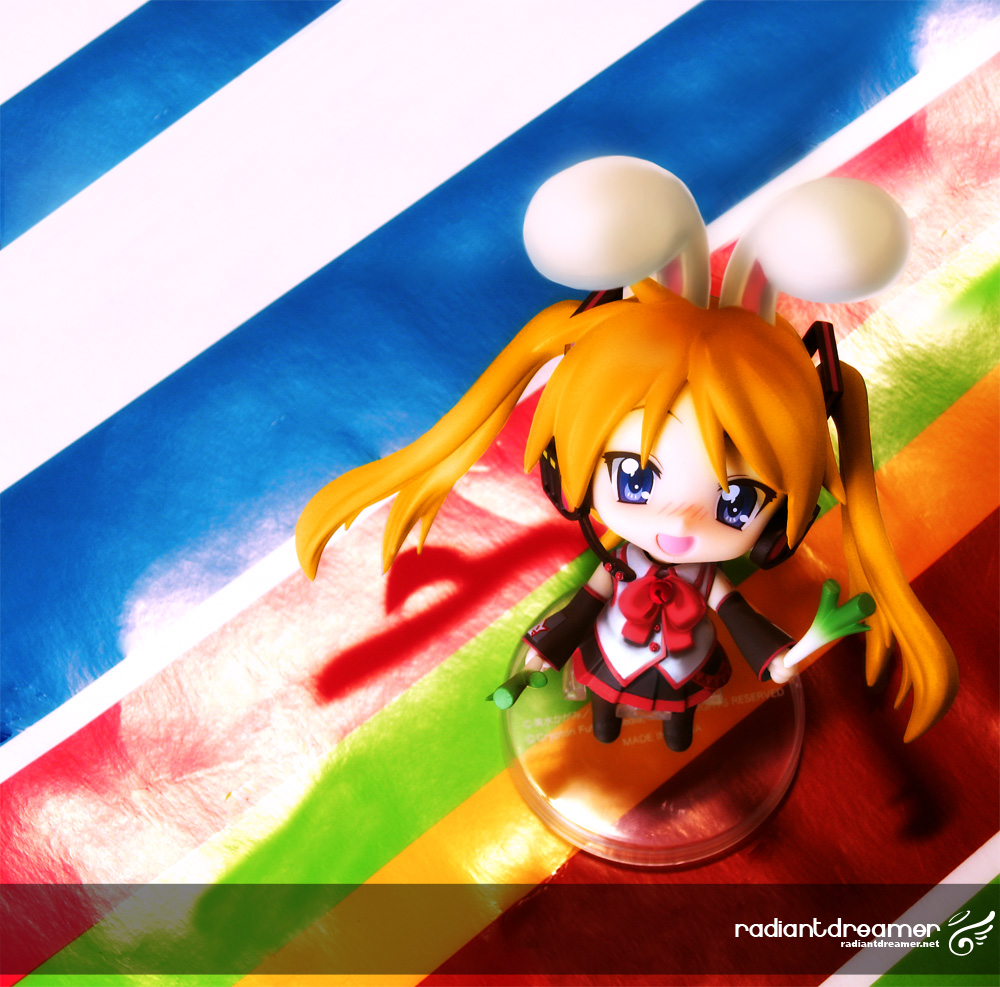 A couple of weeks ago, Ninjovee of Tangerine Tango mentioned that she wanted to put up a new blog banner of Kagamiku, but wanted her to be even cuter than she already is. When she showed me which image she wanted to use, some fun ideas went through my head, so I offered to do some photoshop.

This ended up taking way longer than I thought that it would, mostly because of the bow. I had full confidence that I could paint out Miku’s tie and make it work. I just didn’t think it would take that long.

I had to extend the canvas in order to fit her bunny ears in there, but fortunately, the paper pattern was fairly clean and easy to clone.

Overall, this was very fun to do. It still looks a little bit fake, but well all that stuff was hand painted, so it’s a little bit hard to make it blend properly. I’m not THAT good yet! Do check out Ninjovee’s blog though, because it’s a good blog!

On another note, Rosenqueen sent me my copy of Sakura Wars So Long My Love, which arrived yesterday. 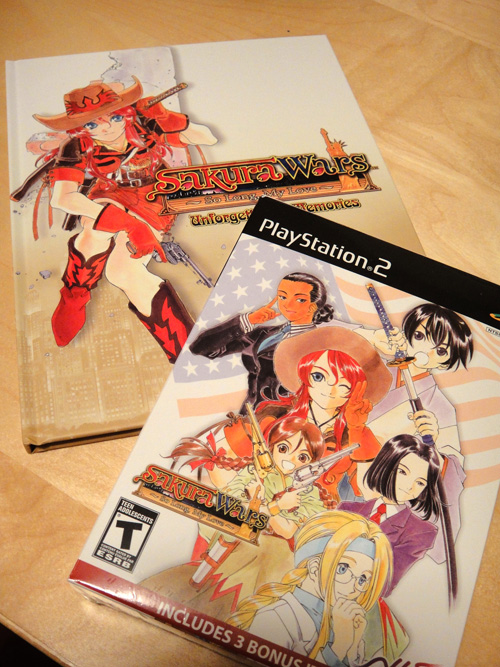 It’s got Gemini Sunrise. How can I resist? The thing is, I’ve never played a single Sakura Taisen game, or even watched the anime series. Yet my first anime figure was Sakura Shinguji, and I’ve got a few other Sakura Taisen related items, including the oh so beautiful Gemini Sunrise figure so kindly sourced for me by Shino.

I do look forward to playing it though – actually, more so than FFXIII. Is that weird?!

The Rosenqueen preorder had a great bonus incentive, as you can see in the picture – an exclusive hardcover artbook (and yes it’s in English), in addition to the already included bonus goods with the PS2 edition. Sorry Wii owners, you guys lost out on that one.

I won’t be able to play this until at least after I finish Resonance of Fate though (that and maybe even Miles Edgeworth).

Speaking of which, I was fooling around with RoF’s costumes and came up with this: 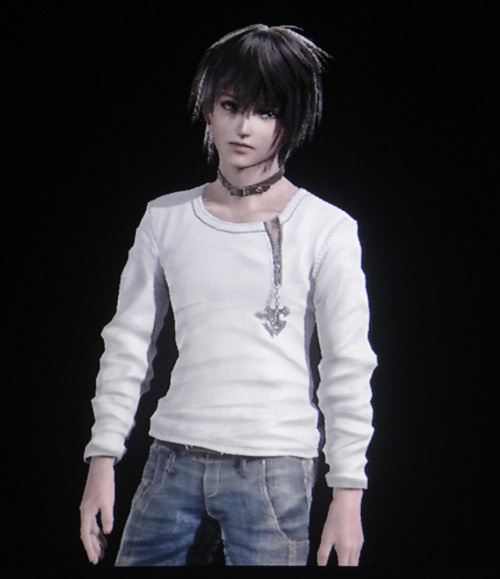 The closest you’ll ever come to putting “L” into Resonance of Fate.

Kira… I WILL capture you!!!

I’m getting decently close to re-creating a Robert Garcia too. But really, the customization is more limited than I thought it would have been. Still a wicked game though. Many seem to have abandoned FFXIII due to boredom in favor of playing RoF. (And you should too!)

I’m still working hard with trying to finish my iPhone game. Doing a promotional video right now, and it’s looking to be quite promising. Hopefully it will move copies. I’ll post the video here when it’s out.

The cool thing is that the naming contest was quite a success! The name we ended up choosing was Mice Heist. Keep your eyes peeled!

EDIT: Since some people were saying that Kagamikusagi looks a little like Asuka from Evangelion, here are some other color variants 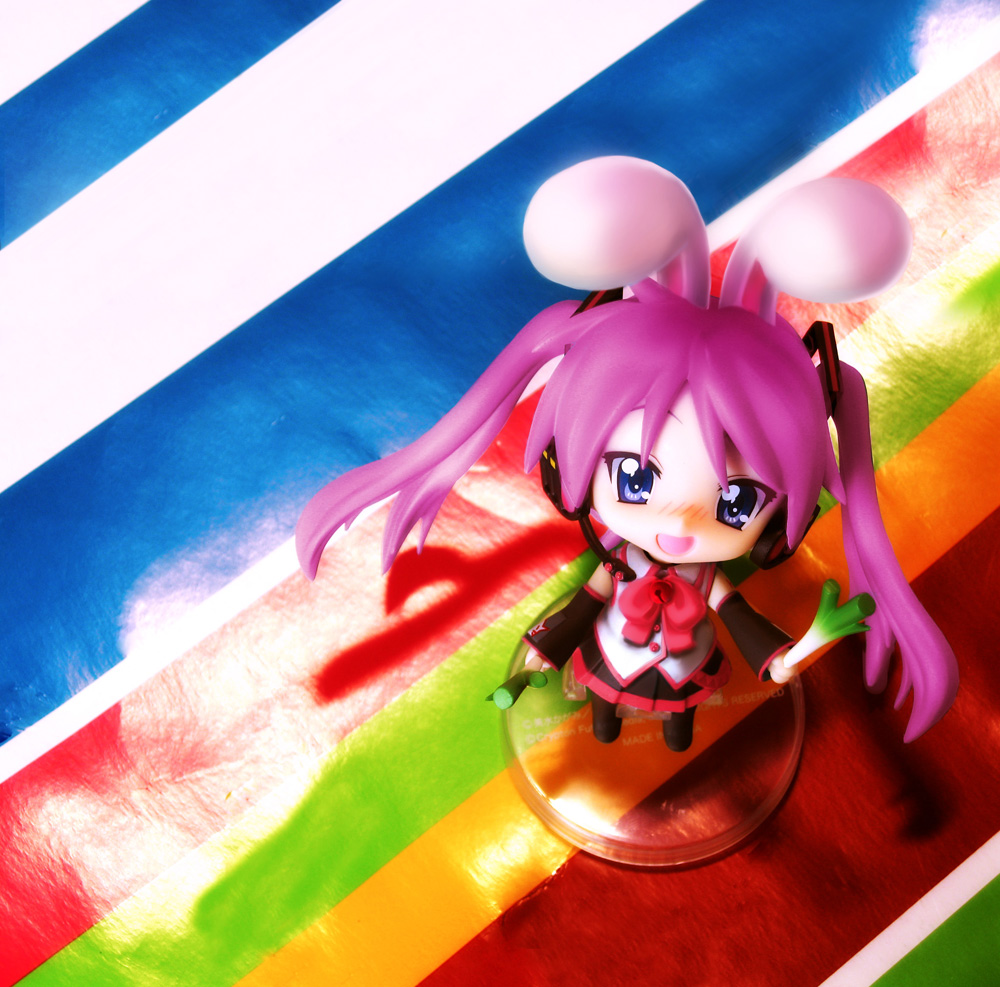 Pink is so cute! 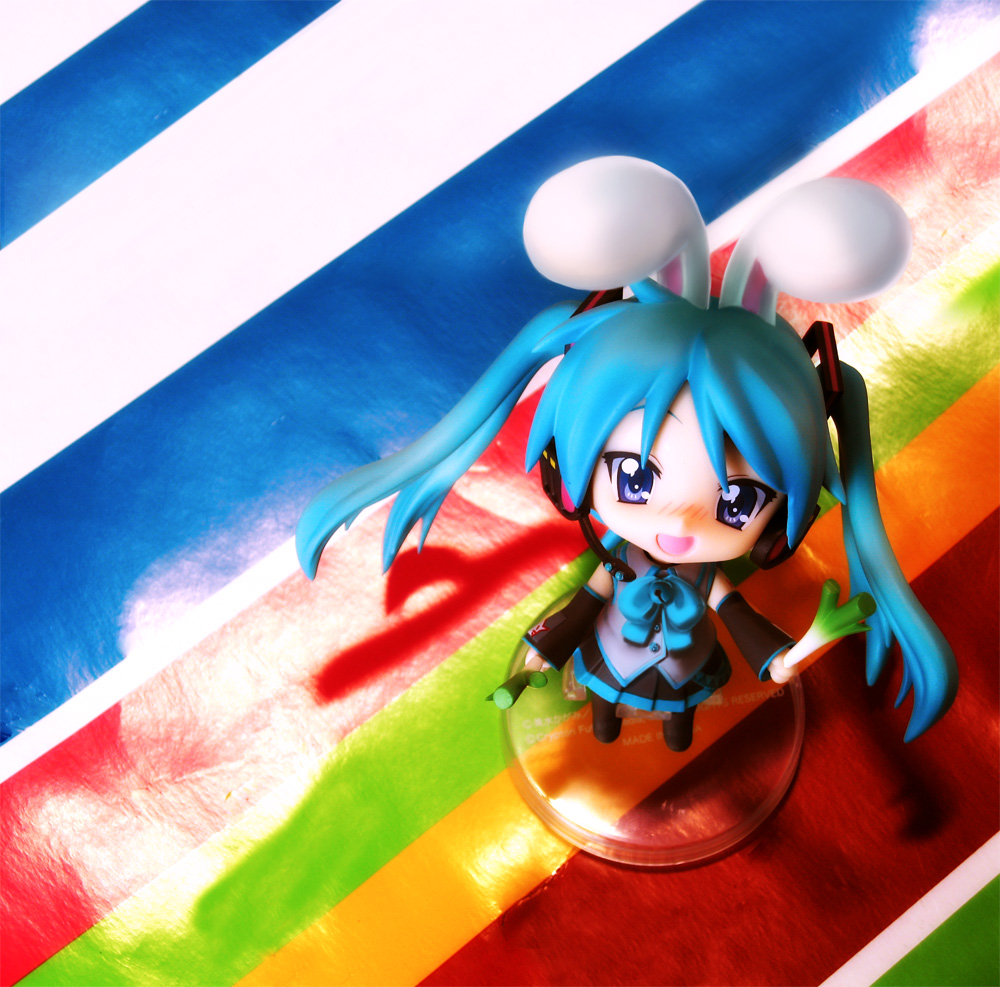 I create stuff in my mind, and try to barf it out onto tangible mediums such as Photoshop, and video game art. Sometimes, I get paid to do it because I'm a freelance artist working in the video games industry. Getting paid to do what I love (video games, and art) is my dream come true!
Random Photos 2
My art is on Blazblue UK Cover!