Lily just doesn’t get a break! We all know what it can feel like when we’re not wanted. It looks like Saber does too. More after the jump! 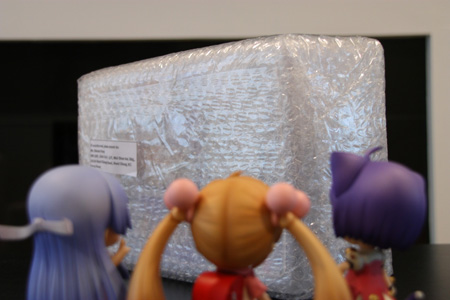 What a mysteriously shaped package! e2046 delivers again with awesome bubble wrap. But why is this Nendoroid box shape so oddly sized? 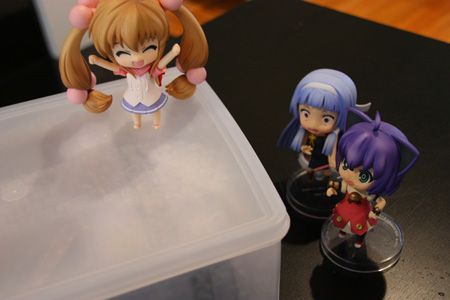 Finally, after some unwrapping we find… Tupperware? I’ve never seen Tupperware used as packing material before. I don’t think the other daughters have either, except maybe Rin. But then again, she’s unique. 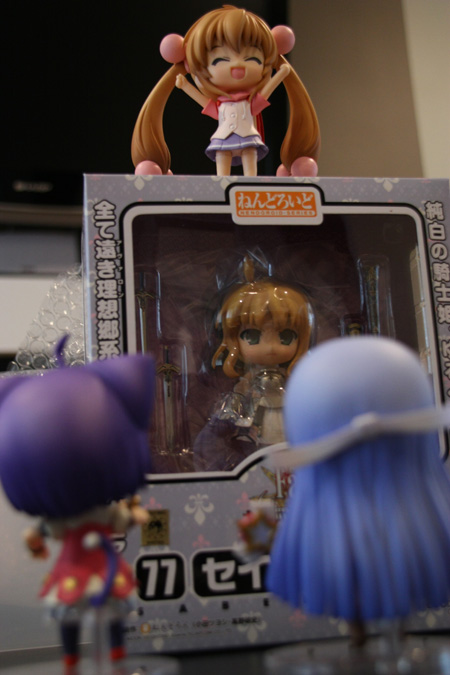 Sugoi! Saber Lily has arrived! Why does this all look so familiar?! 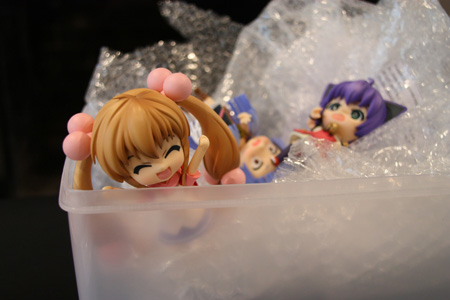 Looks like Rin is the only one enjoying the bed of bubble wrap. 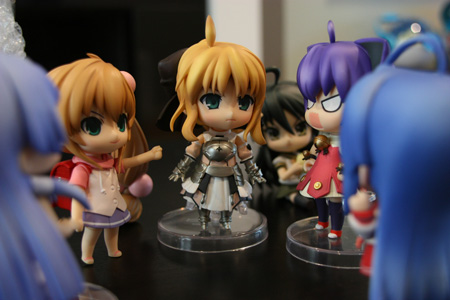 Upon arrival, it seems the other daughters don’t like Saber Lily all that much. Maybe because she’s the 11th Nendoroid I own, so it kinda makes her the odd one out. Hamsters are like that too – they don’t like outsiders. 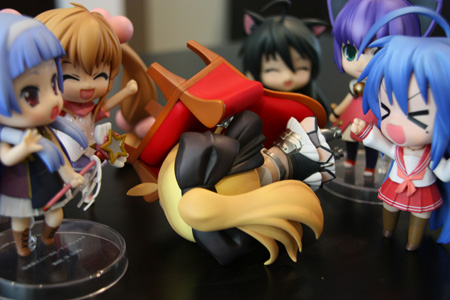 In the end, no matter how powerful you are, sometimes sheer numbers will overwhelm you. Saber was told right away where she belonged in this group. 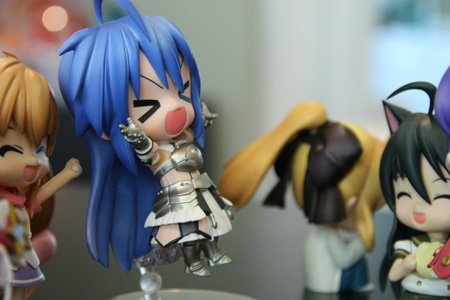 Everyone: “ha ha ha, Konata is so silly sometimes!” 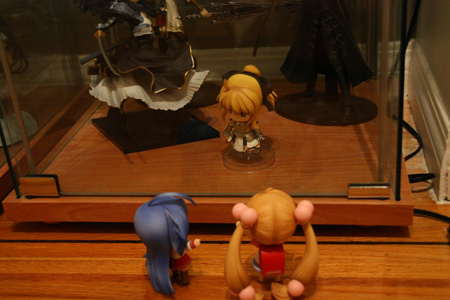 Thrown into the bottom feeder shelf, poor Saber Lily is left to fend for space with Ashe, Sephiroth and the newly disgruntled Uesagi… wait, disgruntled? Why? 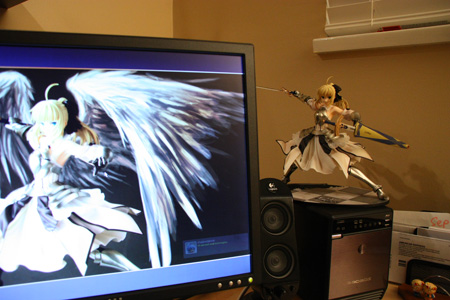 Because Saber Lily has won a rightful place next to my computer monitor. She couldn’t beat out Asuka and her motorcycle though.

So that reminds me – This version of Saber Lily had a photoshop too! 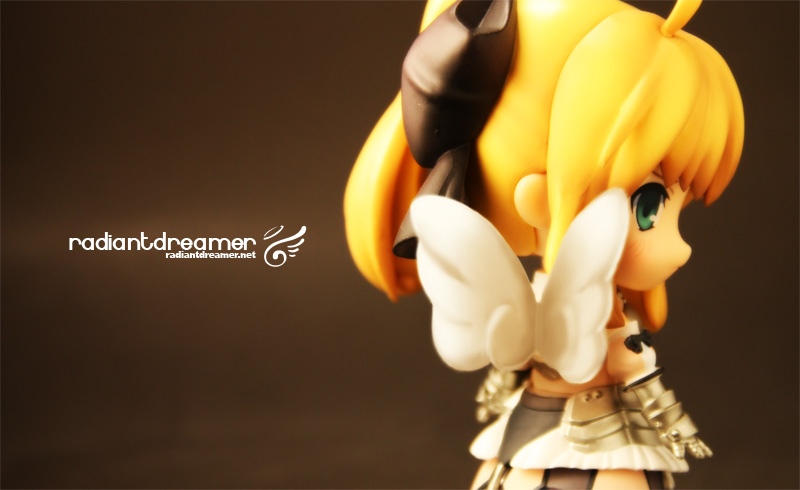 Of course, here’s a youtube video of it being made! It only took 41 minutes! 😀

And if you’re worried about little Lily, it’s okay. She wasn’t in the bottom feeder for long before I rescued her, and let her join the others. She’s still being ignored by them, but they’ll eventually get along, I just know it!

I create stuff in my mind, and try to barf it out onto tangible mediums such as Photoshop, and video game art. Sometimes, I get paid to do it because I'm a freelance artist working in the video games industry. Getting paid to do what I love (video games, and art) is my dream come true!
Moka Halloween!!
One Thousand Comments Reached