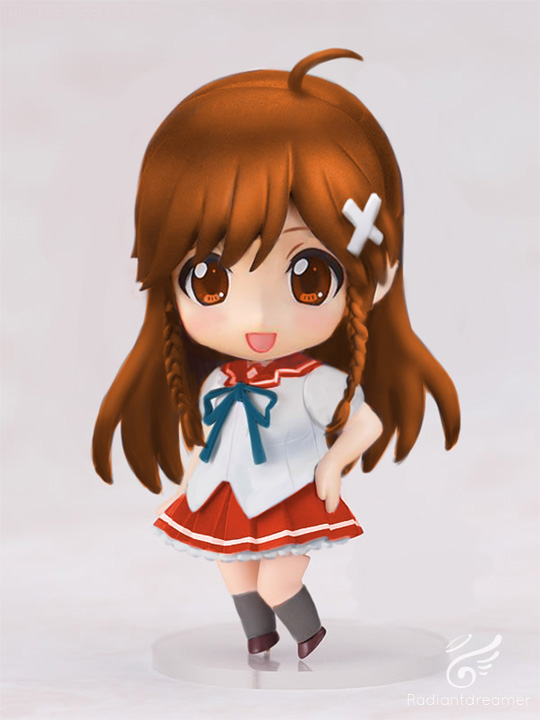 I wasn’t surprised, since Danny did mention that there could be potential for a Mirai Nendoroid depending on how well the Figma does. I didn’t expect that there’d be a prototype already though!

What do you think?

Well, to tell you the truth, there’s no way Danny would let a trojan virus get onto his system. Especially considering that I’m not a hacker, and he uses a mac. (which are immune to viruses lolololol).

What we have here, is me applying my photoshop skills for some fun. Basically, I took several nendoroid parts and composited them, and recolored them to make this Mirai nendoroid.

I’ve got a video of it being done below, but before you continue, care to guess what nendoroid parts were used?

Even though this was faked, wouldn’t it be nice if it was real? I’d buy a Mirai Nendoroid if she looked like that. 🙂

I create stuff in my mind, and try to barf it out onto tangible mediums such as Photoshop, and video game art. Sometimes, I get paid to do it because I'm a freelance artist working in the video games industry. Getting paid to do what I love (video games, and art) is my dream come true!
Blazblue Swag! Sexy Model Not Included
The Big Move – Current Collection 2011 January